The stars could be aligning for safe-haven assets to thrive, as the coronavirus pandemic shows green shoots of improvement while investors are not quite ready to turn up the risk flame completely. Investors are flocking to precious metal gold and digital gold Bitcoin

BUY NOW in the interim. Stocks are also recovering some lost ground.

The gold price is up nearly 1% to $1,645/oz at last check, while the BTC price has embraced the $7,100 level, currently advancing nearly 5%. The gains come against a backdrop of an improving medical situation, and it’s an illustration of why gold and Bitcoin are considered rival assets, vying for the same safe-haven capital.

Europe is experiencing a slowdown in the number of COVID-19-related deaths, especially Italy. Meanwhile, New York, which has been labeled the epicenter of coronavirus

The majority of cryptocurrency assets, along with the entire global financial sector have taken a sizeable hit in the last... More for the United States, has reported a decline in daily deaths from the virus, which is inspiring some hope that there is in fact a light at the end of the tunnel. But the U.S. is not out of the woods yet, with U.S. Surgeon General Vice Admiral Jerome Adams predicting that this week will be another”Pearl Harbor” and “9/11” moment. [Fox News]

Meanwhile, the oil price started to dig itself out of the doldrums though it has most recently turned south once again. The situation is fluid but reports indicate that production cuts could be in the cards. [Bloomberg]

All of this taken together has given investors reason to be hopeful but not so much so that they are willing to return to financial markets with reckless abandon. That’s why gold is looking so good right now, not to mention cryptocurrencies like Bitcoin. [Kitco] 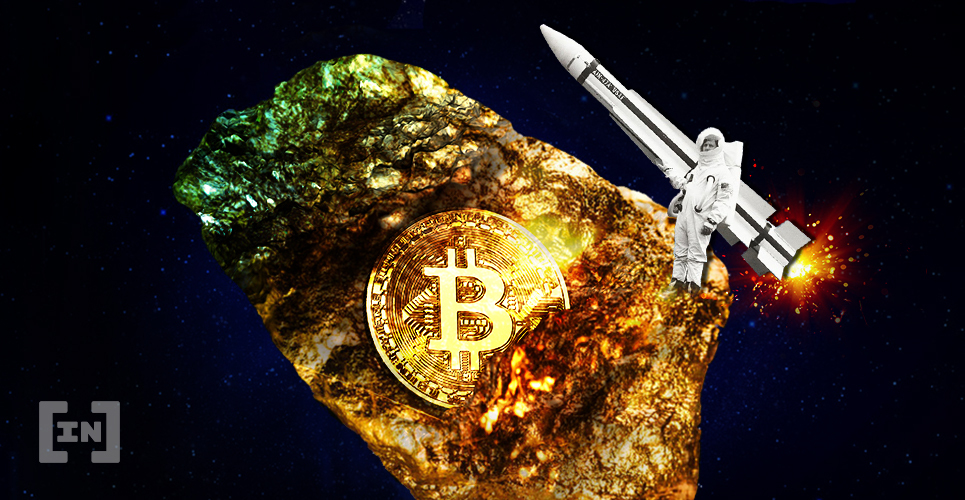 And while the debate rages as to whether Bitcoin is a safe-haven asset, given its volatility

We can describe volatility as how much the value of an asset changes over a given time. A volatility index... More, it’s clear that the digital gold becomes more “interesting” to investors during these uncertain times, as noted by Ampleforth Creator Evan Kuo in Forbes. You might just say that it’s in that sweet spot between risk-on and flight to safety, and that seems to suit the cryptocurrency community just fine, especially with the price perched above $7,000 once again.

It may be anecdotal evidence, but Ari Paul, CIO of BlockTower Capital, said on Twitter in recent days that he’s noticing a ramp-up in “organic new interest in Bitcoin,” the likes of which he hasn’t seen “since early 2017 in my non-crypto circles.”

And as Dan Tapiero, founder at DTAP CAPITAL, suggests, there could be blue skies ahead for Bitcoin and gold.

No capitulation?? Some have suggested in previous thread that there is currently not enough "blood in the streets." Perhaps, but on this metric, 08 looks like a little dip. Plenty of fear and "blood" accompanied this liquidation. Rates staying at 0, gold and #Bitcoin to benefit. pic.twitter.com/5hHzFCtQyb

Van Eck Director Gabor Gurbacs published a recent report in which he highlighted the correlation between Bitcoin and gold, which has strengthened this year so far. The report states that since COVID-19,

“[Bitcoin’s] correlation with gold has reached levels never before seen. We believe this may further cements its relationship with what is commonly viewed as safe haven assets and may bolster its potential as ‘digital gold.'”

No wonder gold bug Peter Schiff has been fighting BTC so hard.

90 Percent of Cryptocurrency Firms May Be Bankrupt in Six Months: Swiss Blockchain Federation
#Companies News 4 weeks ago
Up Next
Bitcoin Proving to Be More Fungible than any other Asset Class
Bitcoin News 2 months ago
Related News