Russia and China lead the world in buyers of gold in what has been called the ‘new international gold rush.’ This comes at a time when there is speculation abound about the two countries potentially releasing a gold-backed digital currency.

China and Russia are looking for a monetary reset.

Both countries have significantly increased their gold reserves in the past few years, with the trend only intensifying in 2019. In an effort to unpeg the dollar from world markets, the two nations may soon be unveiling a new concept never done before by any government — issuing a gold-backed cryptocurrency.

According to former European Minister of Portugal Bruno Marcaes, the gold rush of the last few years is all in preparation of a gold-backed digital currency. Such a plan would be in line with both countries’ desire to upend the US dollar as the world’s reserve currency.

Blockchain and Gold: A ‘Perfect Match’

Russia and China have been forthright in their complaints of the dollar no longer being able to fulfill its role as a global currency. It seems that now blockchain is becoming a more viable alternative, particularly blockchain systems based on real-world assets like gold.

In the race for geopolitical control, an international gold-backed cryptocurrency would be a game-changer. It would combine the stability of gold with the security of blockchain, while also serving as an impartial arbitrator of global markets and value.

However, a country with larger gold reserves would naturally have more sway if this idea would come to fruition. That’s why it makes sense that China and Russia are buying up so much gold, as they want to be the first to institute this new monetary system and, as a result, have significant global sway. 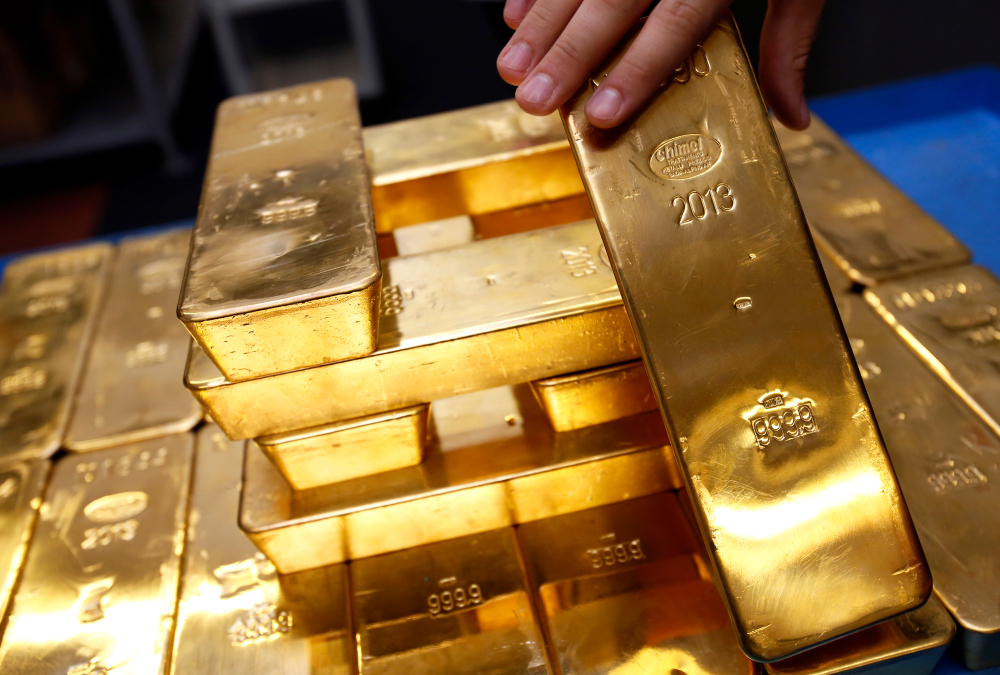 Instead of Gold, Why Not Bitcoin?

Although gold is intuitively the most tangible asset that global value could be pegged to, there is an alternative. Why not just use Bitcoin (BTC) as the reserve currency of the world?

The idea, of course, would butt heads with Russia’s and China’s plans. They would, for one, need to begin stocking up on Bitcoin which could likely prove difficult to be done discreetly. It would also force the price to explode upward. Moreover, Bitcoin is less tangible than gold which is a problem for some.

However, gold has its own share of concerns. For one, gold is a risky asset, most of which is owned by the United States. A fresh round of sanctions on Russia could easily put an end to its gold-backed cryptocurrency vision, as an analyst at the Presidential Putin Academy noted.

One of the perceived drawbacks of cryptocurrency is the price volatility, value wildly spikes and falls, discouraging many people from... More since gold is USD based asset and its valuation and opportunities to sell this asset might be very limited in case of new US sanctions. Gold is highly risky, unstable asset for Russia.

The gold rush is picking up steam. If a gold-backed cryptocurrency is eventually released by China or Russia, cryptocurrencies could then truly take on global geopolitical significance like never before.

Do you think a gold-backed cryptocurrency is in the cards for Russia and China? Is a global currency inevitable? Let us know your thoughts in the comments below.