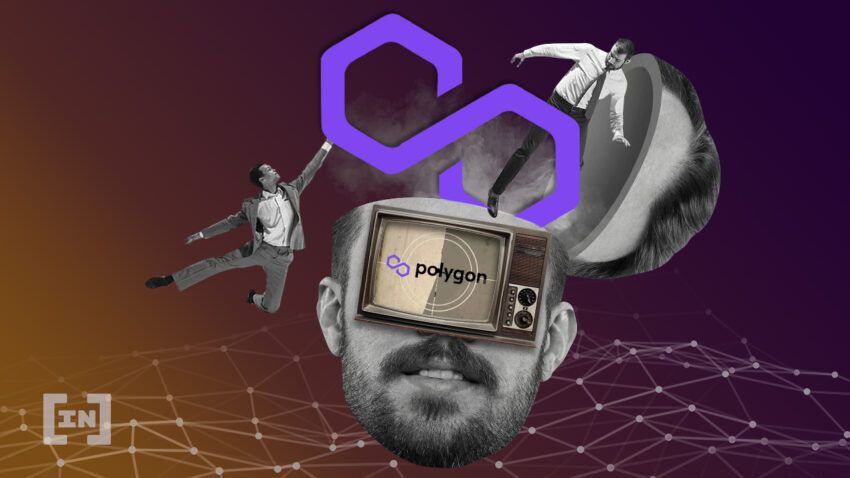 Polygon (MATIC) has broken out from a long-term descending resistance line. It is likely to resume its upward movement once it manages to break out from the current short-term resistance.

MATIC has been decreasing underneath a descending resistance line since reaching an all-time high price of $2.92 in Dec. The downward movement has so far led to a low of $0.31 in June.

On July 8, it broke out from the descending resistance line. At this time, the line had been in place for 189 days. So far, the price has reached a high of $0.985. If the upward movement continues, the closest resistance area would be at $1.31, created by the 0.382 Fib retracement resistance level.

An interesting development is the movement of the weekly RSI, which is currently attempting to move above 50 (green circle). If it does, this would be a strong sign that the trend has turned bullish.

A closer look at the daily time-frame shows that MATIC is still following a descending resistance line, albeit a shorter-term one. The line caused a rejection on March 31 and on July 18.

The daily RSI is still increasing even though it is in overbought territory. Also, there is no bearish divergence in place yet. So, it is possible that the price will indeed break out.

If it does, the previously outlined $1.31 Fib resistance also outlined with a horizontal support area, which is now expected to provide resistance.

Cryptocurrency trader @CryptoGodJohn stated that MATIC is one of the coins that could continue performing well, since it has more than doubled since the June 13 bottom.

In order for the rate of increase to continue and possibly accelerate, the price has to break out from the shorter-term descending resistance line.

The wave count supports the continuation of the upward movement. The reason for this is that the price has broken out from an ascending parallel channel, indicating that the increase is not corrective.

Therefore, it is likely that the price is in wave three of a five-wave upward movement (black), which extended. The sub-wave count is given in red.

So, after a potential short-term pullback, the upward movement is expected to continue.