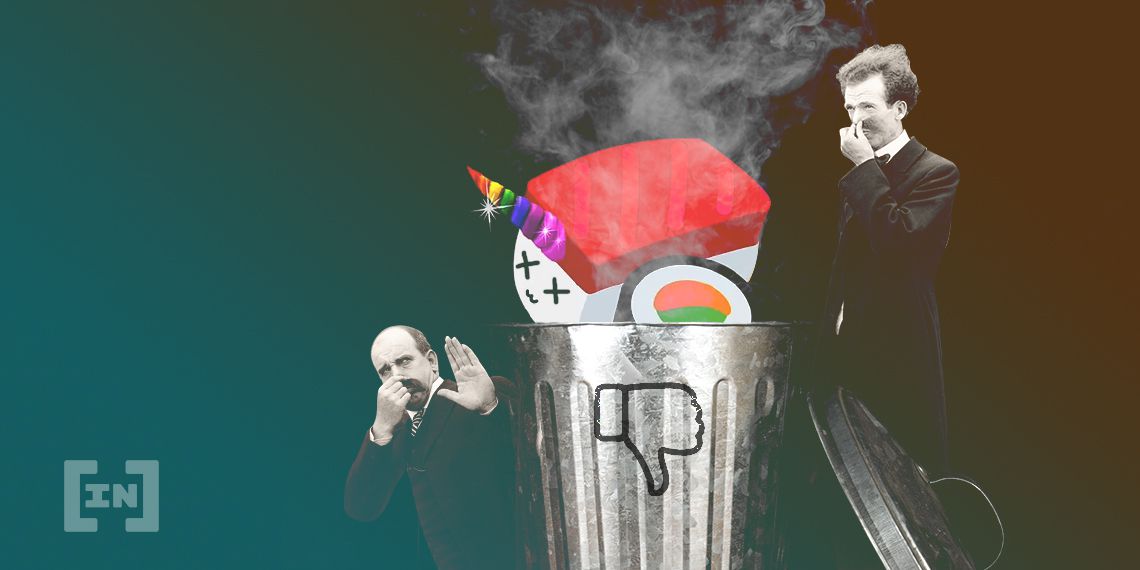 The DeFi food farming frenzy appears to be freezing over as recently-hyped tokens begin to dump and Ethereum transaction fees return to some state of normality. One of the hottest tokens, SUSHI, is already in freefall as recent research suggests it is way overvalued.

As crypto-asset markets continue to retreat, those that pumped the hardest appear to be dumping the quickest. Total market capitalization has slumped almost 20% over the past seven days since its 27-month high of around $400 billion on Sept 2.

DeFi assets are taking the brunt of this market-wide correction, especially the over-hyped food-themed token that promised ridiculous returns. As reported by BeInCrypto, six of the top DeFi protocol tokens have shed 50% over the past seven days.

A newly-issued report by on-chain analytics firm Glassnode has taken a deep dive into the tokenomics of the Uniswap fork SushiSwap. In a nutshell, it stated that the platform’s inflationary model means that huge trading volumes would be required to maintain high token prices.

The $SUSHI token has seen a spectacular rise and fall in its short lifetime.

But beyond the hype and FUD, what are the fundamentals behind the native @SushiSwap token's value?

SUSHI prices surged to top $11 three days after the DeFi clone was launched in late August. The FOMO was palpable as yield farmers flocked to the Uniswap clone offering better returns on its own liquidity pool tokens.

Prices began to retreat immediately, falling to around $6.20 before the promise of a full smart contract security audit (which turned out to just be a security review) lifted SUSHI prices back to around $8.50. Three days later SUSHI had lost almost 50% of its value again.

SushiSwap went through a bit of turbulence over the weekend when the owner and administrator, ‘Chef Nomi’ sold 2.5 million tokens that had been accrued through the 10% development share fund. Naturally, token prices dumped harder afterward.

The subsequent handing over of the project helm to Alameda Research and derivatives exchange FTX CEO, Sam Bankman-Fried, has done little to slow the sell-off.

At the time of writing, SUSHI tokens were changing hands for $2.20, a slump of 80% since its all-time high just over a week ago.

The Glassnode report, penned by analyst Liesl Eichholz, delved into the tokenomics of this fishy token stating that the value of protocol governance should not be understated, however, it is difficult to quantify as such yield farming incentives are largely driven by hype.

The linear supply is based upon Ethereum’s current rate of approximately 6,500 blocks per day. This means that there will be 326.6 million SUSHI circulating one year after launch, and almost 600 million after two years.

The SUSHI revenue share model is based upon the relationship between tokens minted and the 0.05% buyback reward amount from trading volumes. Newly minted tokens are distributed as rewards, however, they will dilute the value of the holdings of existing investors over time.

This inflationary model has been incorporated into the project by design in order to encourage people to actively provide liquidity, but those wishing to simply HODL will be diluted. Since the buyback reward is used to distribute newly minted SUSHI back to existing holders, a certain amount of daily trading volume must be sustained to maintain a given price.

Glassnode stated that any price above $10 is ‘preposterous’ and could not be sustained for more than a short while before inflation causes it to plummet again. It added that in reality, a sustainable price for SUSHI would be $0.31 assuming that SushiSwap captures a more realistic daily trading volume of $400 million.

According to Uniswap.info, the current daily volume is a mere $50 million, making even Glassnode’s valuation appear too high. Eichholz added;

Due to hype and a lack of understanding about the token’s fundamentals, the SUSHI price will likely remain higher than this sustainable point in the near-term, causing inflation.

With low trading volumes and high prices, hundreds of millions of SUSHI will be added into circulation every year she continued. These newly minted tokens will not have their value backed by money actually flowing into the system.

If the opposite happens where SUSHI sees high volumes and low prices, inflation will decrease and more tokens would be bought by the protocol than are being minted each day. This would exert deflationary pressure and increase the value of each SUSHI token. 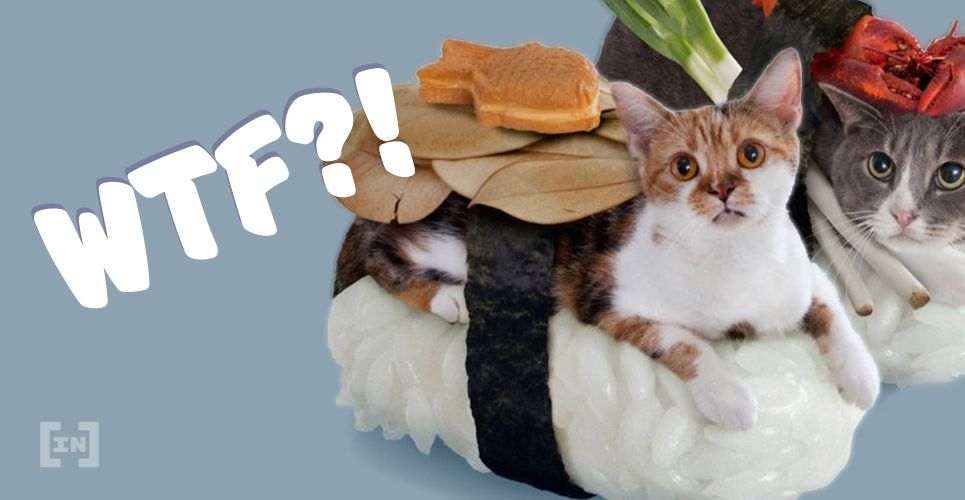 In conclusion, the report noted that unless trading volume grows extremely high, or price dips below the sustainable point, the potential for the price of SUSHI to rapidly decrease is highest right now, adding that:

It will often be more profitable for investors to sell half of their SUSHI into ETH and become a liquidity provider rather than holding the full value in SUSHI and redeeming the 0.05% reward amount.

The latest development in the SushiSwap saga is the imminent migration away from Uniswap and onto its own platform. This will also entail the transitioning to multi-signature wallets for governance, presumably controlled by SUSHI whales, or ‘the community’ as the new boss puts it:

1) The Sushi migration is coming up in 10 hours!https://t.co/jxonLFwLJL

Here's a vote for the reward for those who migrate; currently at 1mm, but will increase to 2mm if this passes:https://t.co/AMJVUDYvdD

A million SUSHI will be doled out for those who continue to provide liquidity through migration, Bankman-Fried stated.

The protocol still has over a billion dollars in total value locked, which is roughly 75% of Uniswap’s pool tokens according to the Zippo dashboard.