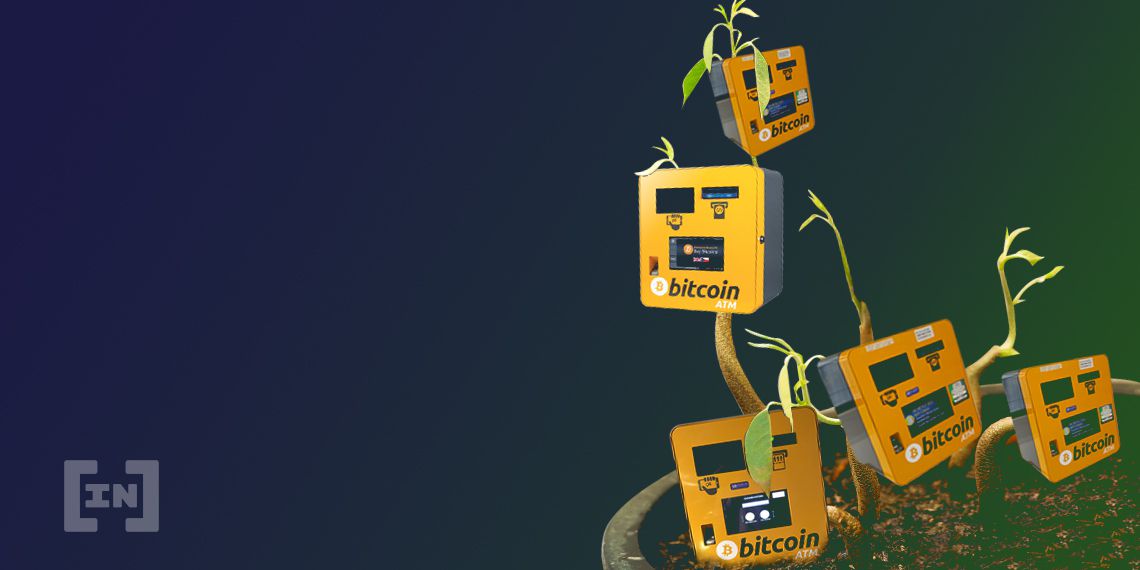 As the price of bitcoin and other cryptocurrencies continues to rise, there have been other corresponding factors pointing to greater worldwide adoption, such as the notable increase in the number of available Bitcoin ATMs.

A crypto automated teller machine (ATM) is similar to a traditional ATM in that it allows users to directly transact with cryptocurrencies (usually bitcoin) for fiat currency.

Instead of using an online exchange, you can transact with the machine and buy or sell directly for cash, depending on your needs.

When compared with bitcoin’s price growth in November, the ATM market lags behind the price. Bitcoin rose approximately 43% in November.

This is not a surprising statistic, as generally an influx of Bitcoin ATMs will follow a price increase, not lead to a price increase. It’s possible that December will see a rise in ATM growth that outpaces the price growth.

The top five ATM manufacturers were largely responsible for this growth, after installing an additional 929 ATMs last month, over 80% of the total amount that were opened.

Out of all the countries globally that operate Bitcoin ATMs, almost 1,000 of the new ATMs were opened in the United States. The US added 925 new ATMs in the month of November, crossing the 10,000 Bitcoin ATM mark nationwide.

One perhaps surprising statistic was the adoption of Litecoin at a higher rate than Ethereum for the month. The number of users transacting on the Ethereum network, the launch of ETH 2.0, and Ether’s dominance in the market cap department do not seem to have swayed Litecoin investors.

Elsewhere, Norway closed down its only functioning Bitcoin ATM whereas Brazil added the country’s first one in the city of Sao Paolo.