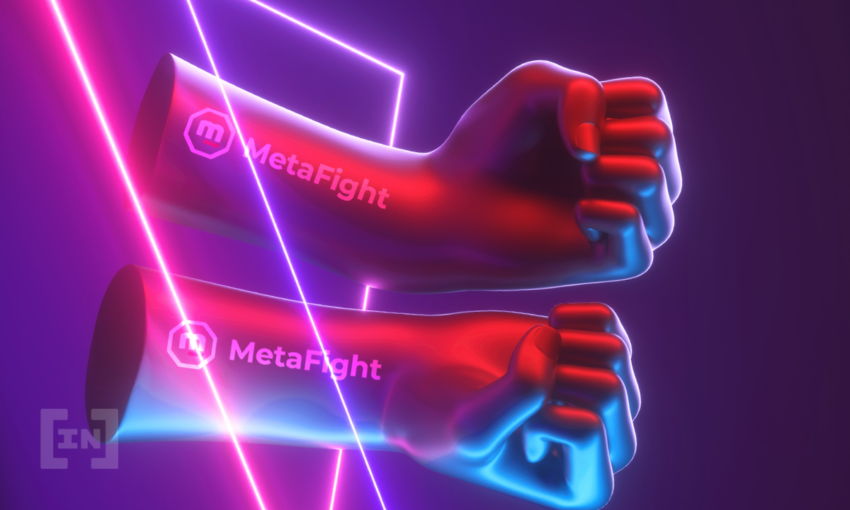 Fight to earn — now, that’s a  well-thought-out derivative of the play-to-earn model that, if executed well, could be a smashing hit among Mixed Martial Arts (MMA) fans. Or anyone who’s into competitive NFT gaming, for that matter.

MetaFight pitches itself as the first metaverse and NFT game on the block to have tapped in on that concept to build an exciting and financially rewarding gameplay.

MetaFight seems to be already picking up steam in the NFT/metaverse gaming circles, which is making many intrigued onlookers curious about what MetaFight is, how it is played, and the tech architecture it is built around.

We hope this early review will answer all of these questions so you can get a head start before actually trying out the game. Let’s start with the basics:

MetaFight is an NFT game where players fight each other in leagues with fighter cards. Each fighter card is an NFT representing a professional MMA fighter.

The rarity scale is in the following order: Bronze > Silver > Gold > Legendary > Unique.

The rarity level underlines the broad value of a card, which is to say that Unique cards are the most valued card in the gameplay, followed by Legendary, Gold, Silver, and Bronze cards. The net supply of fighter cards is fixed for each edition.

Each fighter card comes packed with information about the fighter it represents. Some of this information may include:

In addition to the fighter cards, MetaFight also offers ‘passive cards’ that players can use to boost their fighter cards. Passive cards come in several varieties and collectively they represent the entire MMA ecosystem and its stakeholders. Barring fighters, these cards represent all stakeholders in the MMA ecosystem including sponsors, leagues, trainers, and gyms, among others.

The total supply of passive cards per edition is more flexible as compared to that of fighter cards.

You can join a league and start fighting opponents by registering one of your fighter cards in that particular league. Your fighter card will be then matched with your opponents during each fight. You will participate in several fights during the league and the outcome of each fight will be decided by the following factors:

Note that in addition to the MetaFight score of your card and the boost delivered by special NFTs and passive cards, the outcome of each fight can be determined by the roll of a dice. This serves the gameplay on two fronts:

Leagues are fighting arenas where you can register your fighter card and start competing against other players. Your in-game ranking and placement on the leaderboard are determined by how you perform throughout the league. The higher your position on the leaderboard, the larger the reward pool you are likely to win.

Players can engage other players in 1v1 modes or they can participate in leagues with eight to 128 players (or more). Once a league is fully booked, another is automatically created to accommodate more players.

Leagues can last anywhere between a few hours to a few days. In fact, the more challenging leagues with higher rewards may sometimes take a week or more.

All leagues have pre-announced start and end dates. You can register only one fighter card per league. Once the game locks your card for a league, you can not use it elsewhere until the league ends.

At the core of the MetaFight metaverse is its native NFT marketplace. Here you can acquire and exchange NFTs including fighter cards.

To start playing MetaFight, you first need to acquire your maiden in-game cards. The process is relatively simple – you visit the marketplace and buy a Booster.

A Booster consists of three cards including fighter and passive cards. The three cards are randomly picked so you don’t know what cards will be there until after you purchase the Booster. However, the rarity of each Booster is specified on its product page to make it easier for you to select.

In contrast, you can buy Unique cards only via auctions.

Fight and win: how does it work?

In the first phase, MetaFight will reward users with fighter cards, boosters, and passive cards. However, it plans on adding cryptocurrencies to the reward pool in the subsequent phases.

Overall, the rule of thumb in the game is that the more you fight, the more NFTs you can win.

MetaFight pitches its Cage Event as the most lucrative arena where you get access to high-value rewards. Here you need to successfully complete daily and weekly challenges to stack points. Top performers in Cage Events win access to exclusive sales featuring special NFTs.

In time, MetaFight will roll out two different types of leagues — regular leagues and premium leagues, the latter offering a much larger reward pool.

MetaFight was co-founded by Thomas Chauveau (CEO) and Julia Mahé (head of Legal & Business Affairs), both carrying some serious experience in web 3.0, gaming, and NFT/metaverse ecosystems.

The team overseeing the project has already doxxed themselves, which is definitely a big factor favoring transparency and user confidence.

Not only that but MetaFight is also backed by several technological partners including France-based Terona (more on that in the following segment).

And the best part about the game is that it aspires to give users an authentic MMA experience — to the extent possible by an NFT game. To ensure that, the MetaFight team claims to have already roped in multiple organizations as the game’s MMA partners. These organizations include BA International Management, MMA Factory, Marseille Fight Club, Bulgarian Top Team, Boxing Squad, Resilience Sport Management, and World Fight Sports Management.

Ternoa promises the following advantages over other contemporary NFT networks:

Based on our initial impression, MetaFight packs the right ingredient to offer an authentic fight-and-earn experience to fans of MMA and NFT games. The team overseeing the project seems experienced and competent — especially considering how they have pursued their roadmap with sincerity thus far.

The partnerships MetaFight has forged along the way with multiple technological and MMA partners add even more meat to its long-term potential.

The MetaFight whitepaper is a good place to start learning more about fighter cards, the MetaFight NFT marketplace, and other aspects of the game.

Alternatively, you can also try it yourself to get a firsthand experience of MetaFight’s elaborate metaverse.

YouHodler Review: Still the Best Rates and Many Features

Kyber Network: Swap, Earn, and Build in DeFi Without Limits