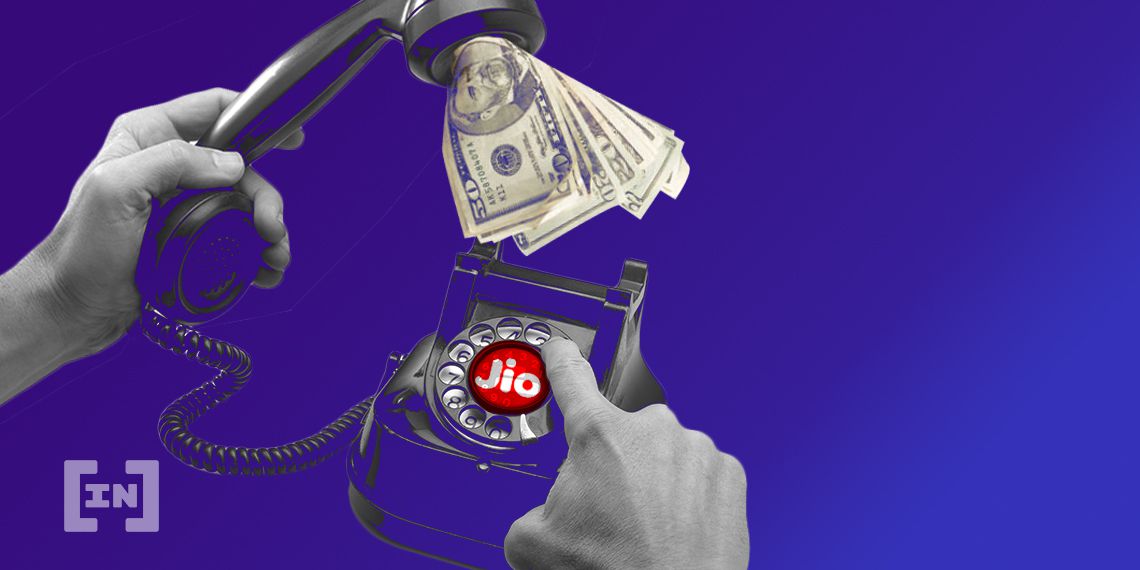 The deal could have an enormous impact on the newly forming digital economy of India following a similar investment from Facebook. Reliance could potentially work with both entities to implement some form of a cryptocurrency payment solution.

Reliance is a hot commodity right now, having secured numerous investments, including the $5.7 billion Facebook offered for a 9.99% stake in the company. Mubadala injected a substantial $1.2 billion for a 1.85% equity stake.

This brings Reliance Industries’ total raised funds to $11.6 billion from a wide range of investors that include Silver Lake and General Atlantic.

Reliance’s share price has responded well as one of the few companies to move through the COVID-19 pandemic relatively unscathed. Analysts expect Reliance to continue its upward trajectory, buoyed by its telecom service Jio.

The Supreme Court of India recently ruled that a central bank cryptocurrency ‘ban’ was unconstitutional. The country is subsequently showing itself to be increasingly fond of crypto. Transaction figures have risen dramatically, perhaps highlighting an up-and-coming market boom.

As India’s biggest telecom operator, if Reliance were to bring state-of-the-art digital payments to its Jio platform, it would provide unmatched benefits for all stakeholders. Reliance now has two large investors with deep ties to the cryptocurrency industry.

Mubadala has previously invested in blockchain ventures. The company has, however, also invested in a wide range of investments across multiple sectors. The deal is good news for Indian cryptocurrency supporters. Managing Director and Group CEO, Khaldoon Al Mubarak explained that the investment would “further the development of the digital economy.”

Facebook, meanwhile, is testing payments, with a big push in the lucrative Indian market. The social media giant’s crypto venture, Libra, is well known for stoking concern among lawmakers.

The company recently rebranded its wallet to Novi, while changing the design to appease lawmakers. The new Libra design is noticeably dissimilar to its predecessor in some ways, and generally speaking, critics continue to fire shots at Libra from multiple angles.

India to Gain Ground with Fintech

Reliance Industries has a chance to push for innovative fintech solutions in a market that is most apt for it. Facebook and Mubadala have much to gain by working with Reliance Industries, though we won’t know for some time what their plan is for the future of India’s digital economy.

Such a solution would allow India to gain some ground in the global race towards economic digitization. China has already begun trialing its Central Bank Digital Currency (CBDC) solution, besides several other blockchain initiatives.

India would benefit greatly by investing more resources into similar solutions, particularly as the majority of the population now lives in non-urban areas, thereby bringing them into the global economy.