Hong Kong residents are reporting that many ATMs are running out of cash entirely. Protestors have been queuing up to withdraw funds in fear that the Chinese government may start monitoring digital payments and freezing assets. Can cryptocurrencies provide an alternative?

Four days ago, BeInCrypto reported that Bitcoin trading volume in Hong Kong recently rose to the highest level ever recorded on LocalBitcoins. The spike came suddenly as if demand seemingly exploded overnight. Yet, there seems to now be a likely explanation — ATMs across the city are apparently running out of cash.

Users are reporting that many HSBC ATMs, in particular, are empty. There are currently long lines at many machines with people waiting to take out liquid cash. It’s been documented that the Chinese state has been following Hong Kong protestors via their digital payment habits, so many are now moving to cash and even cryptocurrencies as a result.

Chief Investment Officer at Hayman Capital Management, Kyle Bass (@Jkylebass) is also reporting that there are currently ‘bank runs’ happening across the country. There are also fears that China may pass an emergency law which could freeze a Hong Kong citizen’s assets arbitrarily.

Bank runs all over Hong Kong now. ATM machines running out of cash but there is something more important…failed leader carrie lam(b) can now officially confiscate bank accounts and assets without recourse. The HK legal system is essentially gone. #Bankruns #HKexit https://t.co/jz9sPrA30U

Given the uncertainty surrounding Hong Kong’s own banking system (especially those linked to mainland China), Hong Kong residents have been turning to cryptocurrencies in growing numbers. Around $12 million Hong Kong dollars were traded on LocalBitcoins last week, a number that trumps trading volume even at the height of the 2017 bull cycle.

Trading volume on LocalBitcoins is calculated weekly, so we will have to wait to see if this trend continued for this past week. Despite some claiming the spike was due to ‘one pro trader’ who made 30 high-value trades, new weekly data will finally put this question to rest. 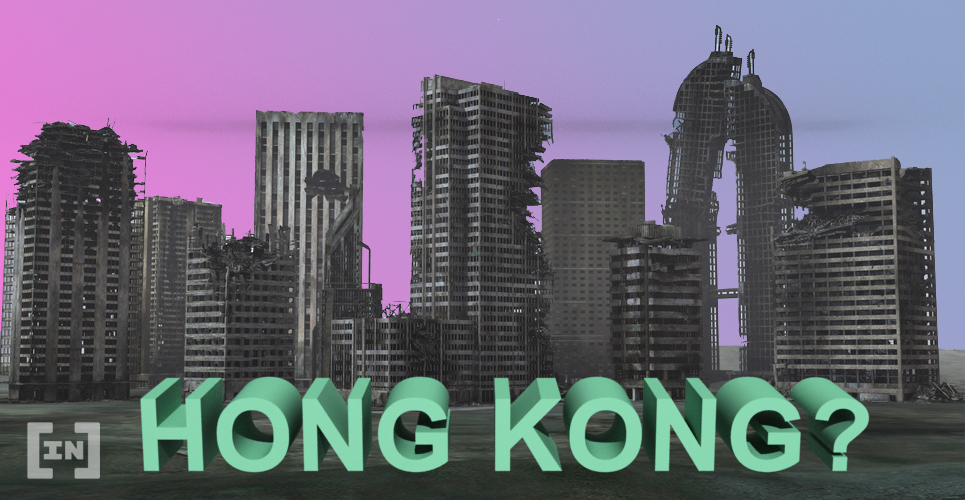 However, as of now, the trend seems bleak. The sudden explosion seems to be directly related to the worsening financial situation in Hong Kong. Initially, Hong Kong protestors seemed relatively disinterested in cryptocurrencies, but that sentiment seems to be changing in the past few weeks.

Hong Kong may provide us with the first-ever case study of whether a collapsing financial order spurs cryptocurrency adoption. As for now, it’s too early to say anything conclusively.

Do you believe the lack of ATM cash could force more cryptocurrency adoption in Hong Kong? Let us know your thoughts below in the comments.

First-Ever Mention of 'Sh*tcoin' — A Historic Discussion from 2010