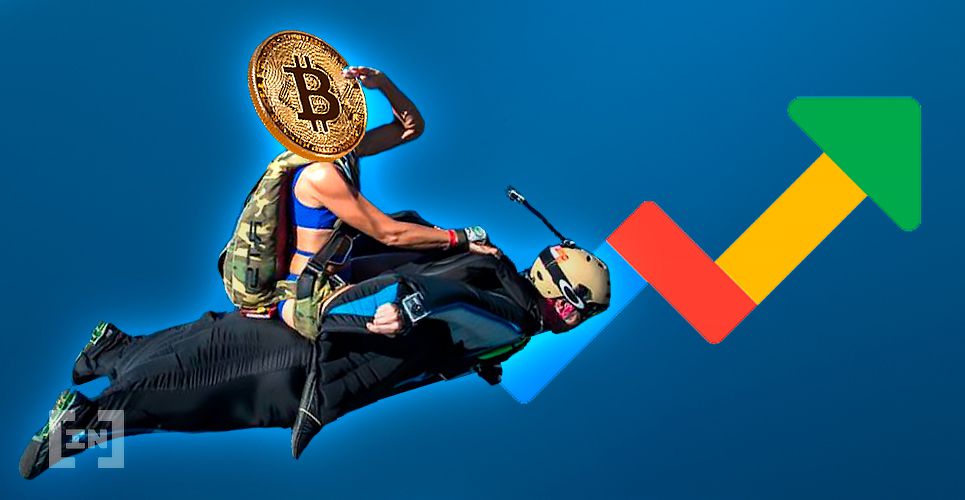 With time before the third Bitcoin halving event running out, interest in the search term “Bitcoin halving” has never been greater. Google Trends shows the number of searches for the term has been growing throughout April.

That said, the data show that Google interest in Bitcoin itself is nowhere near levels that took the price to its all-time high. This suggests that many of the investors that pushed prices just shy of $20,000 in late-2017 are still not paying attention.

As BeInCrypto has reported many times before, the third Bitcoin halving to date is set to take place next month. Cryptocurrency exchange Binance estimates the event will occur at some point on May 11. 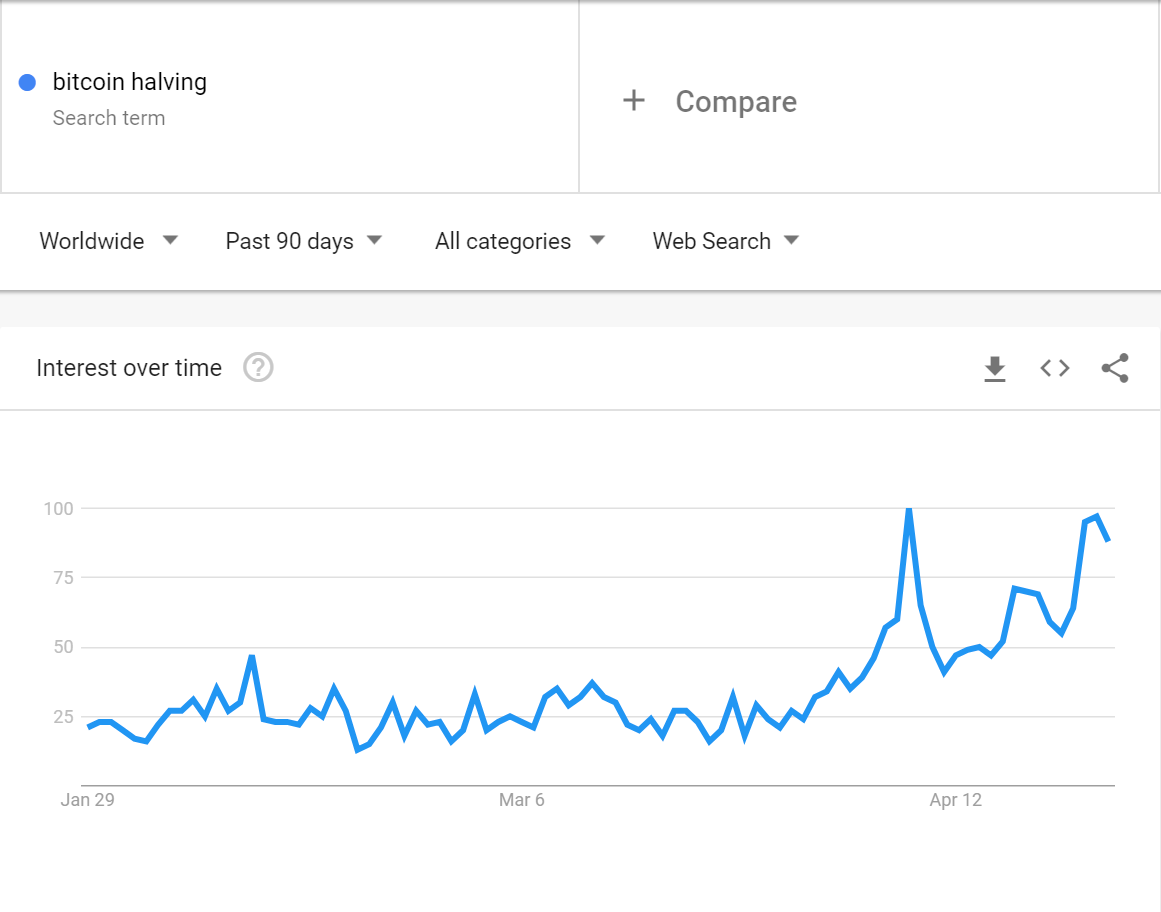 As seen in the above image, interest in the shock to the circulating supply of the asset has been growing gradually over the last month or two. The current levels put it close to the all-time high search volume, observed just weeks ago, and considerably higher than that observed during the 2016 halving itself.

As the data below show, interest in the 2016 Bitcoin halving also saw gradual growth over the months preceding it. After reaching its then all-time high several times, the week of the event itself saw a massive spike in “Bitcoin halving” searches. 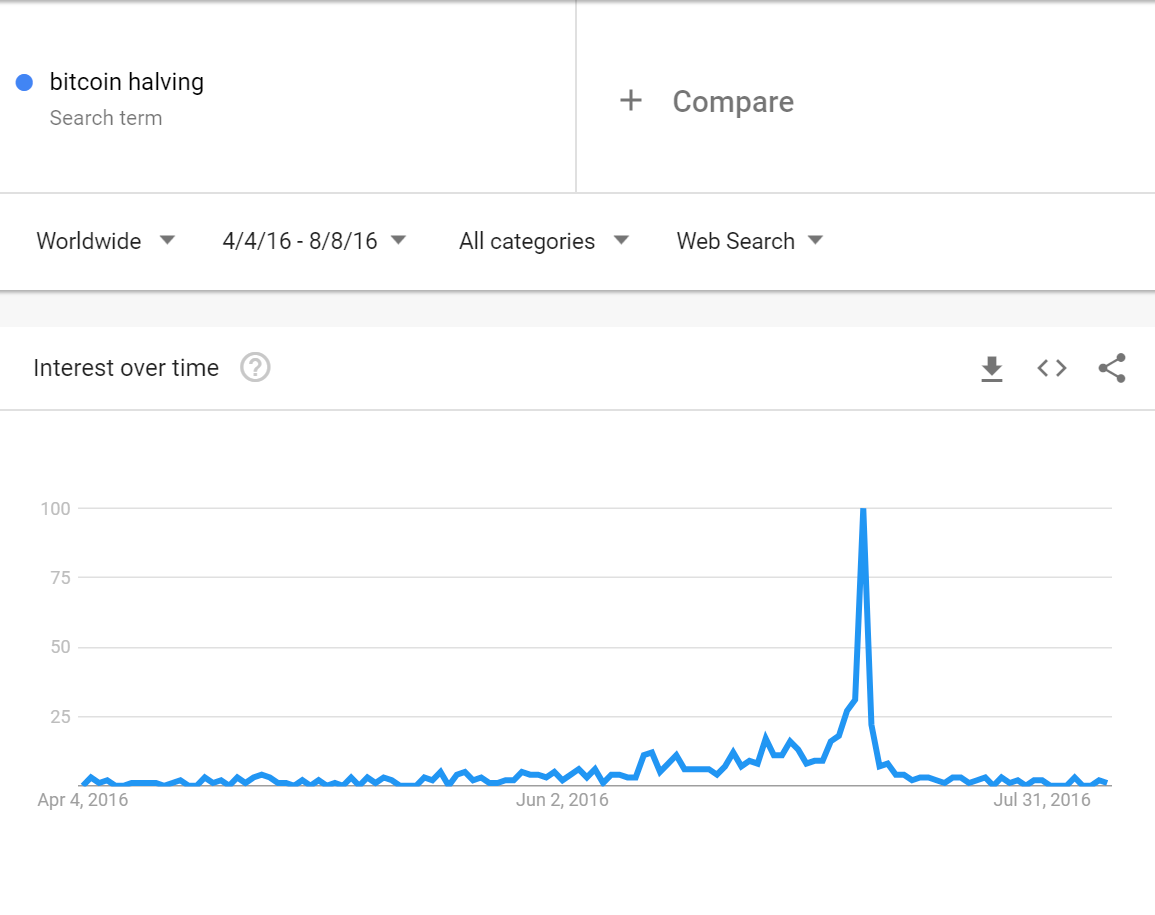 With Google searches for ‘Bitcoin halving’ exceeding the 2016 spike multiple times already this year, interest in the third halving is clearly much higher than it was when BTC issuance last dropped in 2016. A similar spike this time around would dwarf those 2020 highs that already make the 2016 spike look small.

The previous Bitcoin halving preceded a year-and-a-half bull run that would take the price to just less than $20,000 by late December 2017. With interest this time around much higher already, investors are hoping that a similarly massive price move following the halving will take the BTC price to levels currently inconceivable to many.

Despite the clear growth in interest in the Bitcoin halving, Google searches for simply the term ‘Bitcoin’ remain way below what they were at the prior all-time high. This suggests that those investors behind the 2017 buying mania are still not paying attention to Bitcoin in the numbers they have been known to previously. 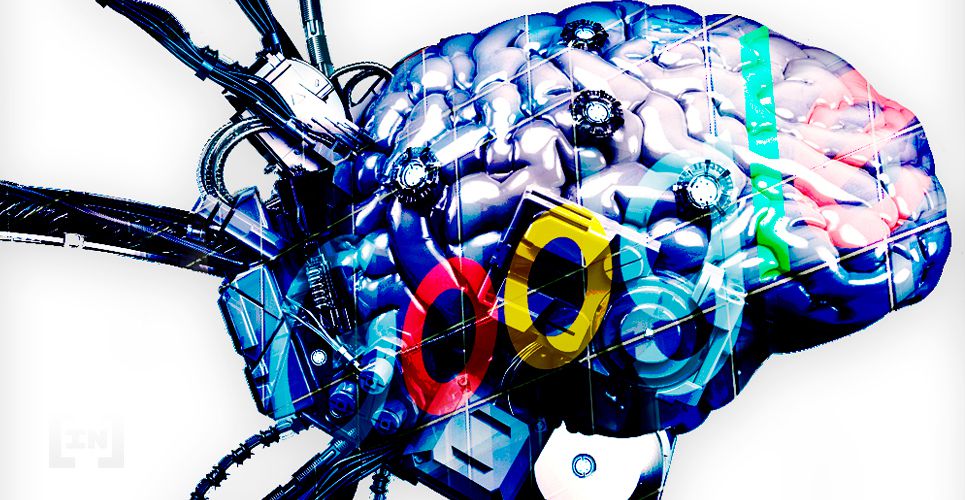 That said, interest in Bitcoin has indeed increased since 2016. As well as today’s much higher price, Google Trends shows that searches for ‘Bitcoin’ were just three percent of their all-time high during the actual week of the 2016 halving. By contrast, just less than two weeks prior to third halving, the figure stands at 12 percent of the December all-time high.

This seems to lend support to a popular theory around the Bitcoin industry. As BeInCrypto has reported before, many analysts contend that another bull mania will only begin when Bitcoin crosses the $20,000 all-time high. Google data from both 2013 (the former all-time high) and 2017 show that parabolic price moves to new highs drive far wider interest in Bitcoin than the halving events do themselves.