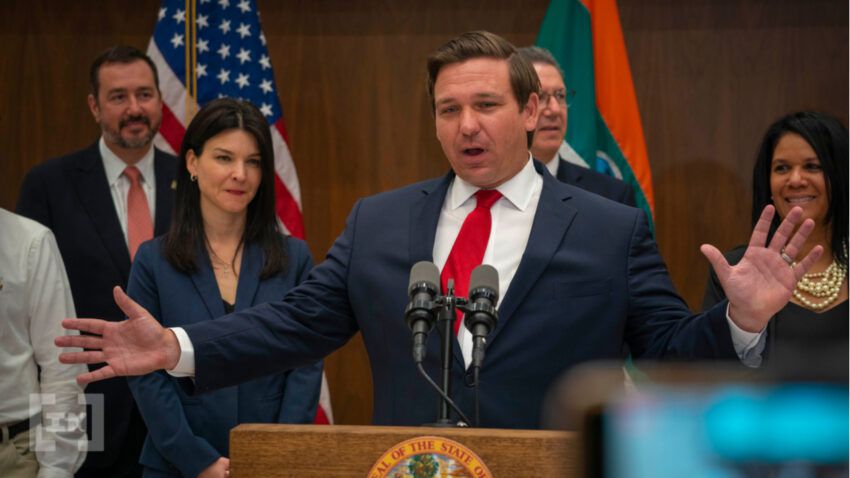 More and more politicians in the United States are warming up to the crypto industry, wanting to allow digital assets to be used for payments.

Florida Governor Ron DeSantis has stated that he is working on a plan to allow businesses to pay their taxes using cryptocurrency.

Speaking at a conference on March 22, the potential 2024 Republican presidential candidate said:

“I’ve told the state agencies to figure out ways, where if a business wants to pay tax in cryptocurrency to Florida, we should be willing to accept that,”

In December, DeSantis proposed an initiative to allow businesses to pay state fees in cryptocurrencies according to Bloomberg.

The state governor is embracing Florida’s move to become a regional crypto and blockchain hub. He joins the likes of Miami Mayor Francis Suarez, who is also a Bitcoin advocate, previously stating that he would take his salary in BTC.

DeSantis has expressed concern over President Biden’s executive order on crypto and a central bank digital currency signed earlier this month. He acknowledged that there was a big difference between a decentralized currency such as Bitcoin and a central bank-issued digital dollar, adding:

“I think there are a lot of hazards with that, when that’s centrally controlled. I worry about the amount of power that that would give someone in a central authority to basically be able to shut off access to purchasing certain goods. We’d be in uncharted territory.”

He is not alone with these concerns as Minnesota Congressman Tom Emmer has also warned against a CBDC suggesting that Fed-controlled digital dollar would create a China-like authoritarian control over people’s finances.

It may have something to do with a younger crop of politicians now entering the profession, but an increasing number of them are pro-innovation and digital assets.

Naturally, there are still the older stalwarts and detractors such as Senator Elizabeth Warren who would like nothing more than to crush the crypto industry in its entirety. Fortunately, these technophobes and digital dinosaurs will soon be replaced by a more forward-looking generation of policymakers such as DeSantis and Suarez seeking a younger vote base.