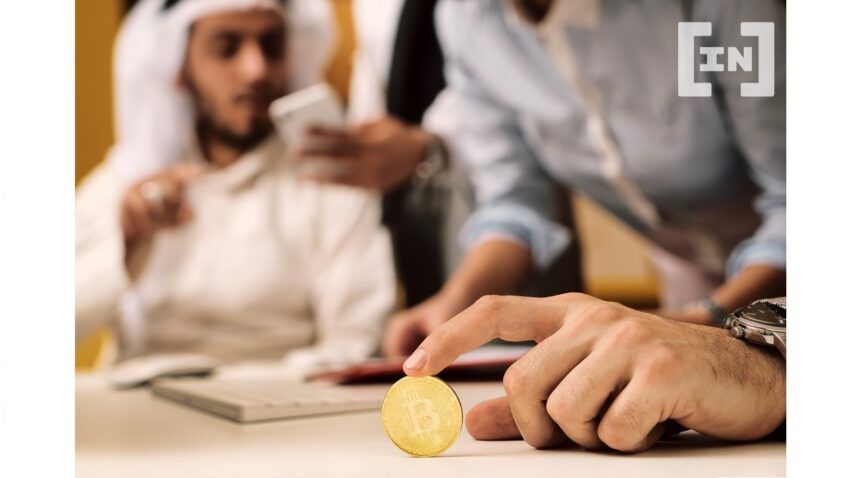 For the global Muslim community, interacting with crypto comes with some questions: is it halal? Does it follow sharia law? However new halal DeFi solutions offer ethical interactions with crypto and Web 3 technologies.

The world of crypto, blockchain, DeFi, and many other Web3 features is on an ever widening expansion. At this point the industry reaches almost every other niche sector. From music and sports, to fashion and education.

Now, as the world becomes more familiar with commonplace crypto use cases, these industry crossovers appear as the norm. When it comes to faith-based finance, decentralized financial solutions aren’t always the first connection. However the religious sector holds many more relevant use cases for the industry and the opportunity for even wider adoption.

The U.N. has a chapter within its environmental program (UNEP) which it highlights, ‘ethical finance.’ Under this chapter there is “faith-based finance”. According to its own definition of faith-based finance it “remains a niche within the overall socially responsible investing theme. But [it] involves the idea of using ethics to guide monetary decisions. Religious investments may be governed by beliefs and religious laws.”

Most global religions have their own rules for finances. Often, especially in Abrahamic religions, there are similar concepts with differentiating ways of carrying out the practice.

Judaism is often associated with finance, as even in a historical context Jews have been recognized as lenders and merchants.

For those who follow Islam, there is a huge emphasis on “Islamic finance” according to Sharia law, which is their overall code of living. In fact, Islamic finance is a major industry throughout the world. Islam’s financial rules and obligations are essential to Muslim identity and technically could apply to 1.9 billion people.

The two main qualities of these financial rules include: no charged interest and no investments in anything which causes harm to others, or is explicitly prohibited by the Qur’an. Such things include gambling, alcohol, and tobacco.

Islam is the world’s second largest religion, including nearly one quarter of the global population. With such a large demographic, there are of course products which cater its practitioners. However, for these products to actually cater to the Islamic world, they must meet a technical specification which is classified as, “halal”. Halal means the product is in alignment with the aforementioned Sharia law.

Halal covers everything from food to clothing, to services and lifestyle choice. Naturally finance falls under a halal standard as well, thus crypto and DeFi engagements must also. BeInCrypto spoke with Naquib Mohammed, CEO of Marhaba DeFi about what it means to be halal in the crypto space.

“Blockchain is the underlying technology, on which you build various use cases. There are many applications and use cases built on a given blockchain. However, then we get into the financial use cases of these applications and protocols. These are the things which must  behave in line with Islamic finance,” Naquib clarified.

Just like currency itself, like dollars, euros, or pounds aren’t the things themselves that must be halal, “when we talk about halal crypto, you’re talking about a product, not a crypto token in itself that follows the rules of Islamic finance.”

To give an example, “most Islamic scholars globally have thumbed currencies like Bitcoin and Ethereum as always Sharia compliant because the underlying technology is accepted.”

Naquib’s own platform Merhaba (MRHB) DeFi is an example of a protocol on top of a blockchain which is halal verified. He said the need for such a platform comes as an answer to many persistent questions and hesitations towards crypto and DeFi from the Muslim community.

One important feature of Islamic finance is the prohibition of interest.

“When we talk about DeFi, it’s entirely interest based. Initially none of that was Sharia compliant. The main thought behind DeFi is financially reaching the masses. However, you cannot reach the masses, you cannot have financial inclusivity until you build something which addresses all parts of the global market. You cannot build something that is not compliant to 24% of the global population and say it’s financial inclusion.”

Naquib says halal-certified DeFi platforms create an apparatus so that Muslims can “find their place in the financial revolution.”

Moreover, from his observations these platforms open doors to first time users. “In our experience over the last six months, onboarded users are first time crypto interactors.”

He said DeFi projects who want to be Sharia compliant can repackage their methods to follow already existing Sharia compliant models. An example of such a model is how Muslims take out a mortgage.

As for MRHB DeFi, it’s not just skirting around interest. It’s creating a whole compliant system.

“The plan is a set of eight products. We started with an NFT platform, SouqNFT, which is anti-NSFW. We vet the products beforehand. The Merhaba wallet is the gateway to the entire ecosystem. In the future the wallet will be the gateway to any additional feature. Our final product is a halal liquidity harvester.”

According to research from the MRHB team, “80% of the Muslim community has two questions: which token is Sharia compliant and where can I buy it?  The other is whether something is halal and again, where to buy it?”

Naturally products like the MRHB wallet solve this problem, as it only lists tokens or protocols vetted and compliant within the Sharia framework. However another major question arises when it comes to giving.

Charity is a major aspect of faith-based finance. Christians should give 10% of their income as tithing. In Hinduism, charity is an essential feature of Dharma. Islam has its own version of giving called Zakat.

In the crypto space, specifically the faith-based crypto space this could be called “decentralized philanthropy” or as Naquib calls it DePhi.

“Decentralized philanthropy uses blockchain for removal of the middleman. Funds move from source A to B with complete transparency,” says Naquib. “One of the five pillars of Islamic faith is charity . There is almost $300 billion in charity in the market. This doesn’t even include unaccounted charity as many make their donations privately. Our CTO came on board because he was looking for a solution last year where he could give part of his portfolio to fulfill his obligation and he couldn’t find a good solution.”

For those who practice faith-based finance of course, a new arena such as crypto comes with its questions. When accountability to a higher force dominates everyday actions, especially involving money, most practitioners want assurance they’re following through with their morals.

“We will probably face the most pushback among the community with questions like, how come you are Sharia compliant, show me the papers?” These situations will need extra provisions to ensure transparency for users, unlike the scandal with the Muslim Pro app.

Though if carried out correctly, these new features open a new, ethical, and decentralized financial world for billions of people across the globe.

Want to discuss this or anything else? Then join our Telegram group.