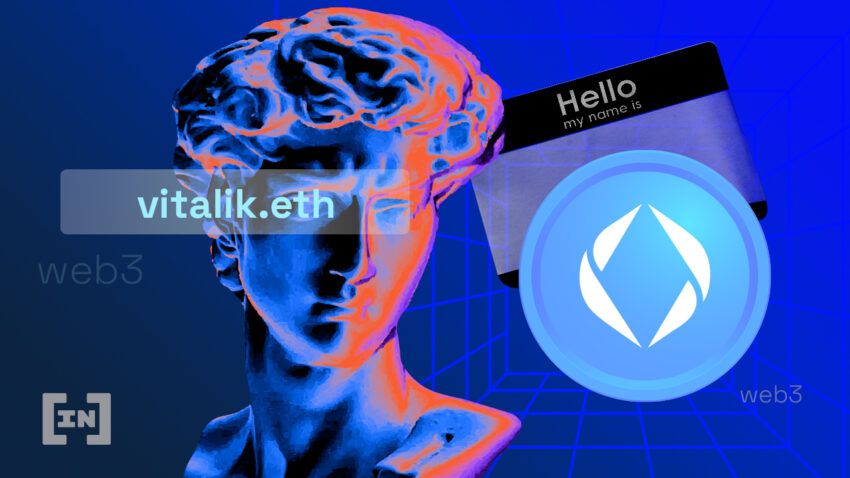 The Ethereum Name Service (ENS) is having a record-breaking month, thanks to new registrations, renewals, bumper revenues, and lower gas fees.

Lead developer Nick Johnson tweeted that new registrations for Ethereum domain names are set to break records by the end of the month.

”May is now an All-Time High for every single ENS metric we track – registrations, renewals, revenue (ETH & USD), and income (ETH & USD). And there’s still a week of May left,” he said.

Ethereum domain names, similar to website addresses in Web 2.0, were introduced to Web3 by the ENS protocol, founded in 2017. Each domain name is essentially a non-fungible token (NFT) that ends with .eth, minted on the Ethereum blockchain, which can function as a wallet address, a decentralized website address, or a cryptographic hash. Domain names can also be traded on secondary marketplaces like OpenSea.

A key draw of ENS domains is the potential to belong to a shared community without having to conform to a predetermined organizational structure, Jonson said. “ENS has reached a critical mass of awareness and adoption; most wallets support ENS names, so the usability factor is significant.”

Like any domain name on Web 2.0, a fee must be paid at regular intervals after the initial registration to maintain ownership of the Ethereum domain. These fees are denominated in USD, but gas fees must also be paid. Johnson believes that low gas fees are the reason behind 304,698 new registrations and 13,260 renewals seen this month.

“You can register a 5+ character ENS name for a year for $5 – high gas fees can make the cost several times that, so gas prices have a big impact on the affordability of ENS names,” Johnson added.

Interest in ENS domains has been growing since April when social clubs like the 10k Club, which was formed by owners of ENS domains numbered between 0-9999, started to gain attention. Both new registrations and renewals have nearly doubled since then.

ENS’s record high revenues coupled with a market downturn has sparked plans in the ENS decentralized autonomous organization (DAO) to stash away funds for ongoing development. Johnson said that income slated for funding development and maintenance “for the indefinite future” would help the project weather further market volatility.