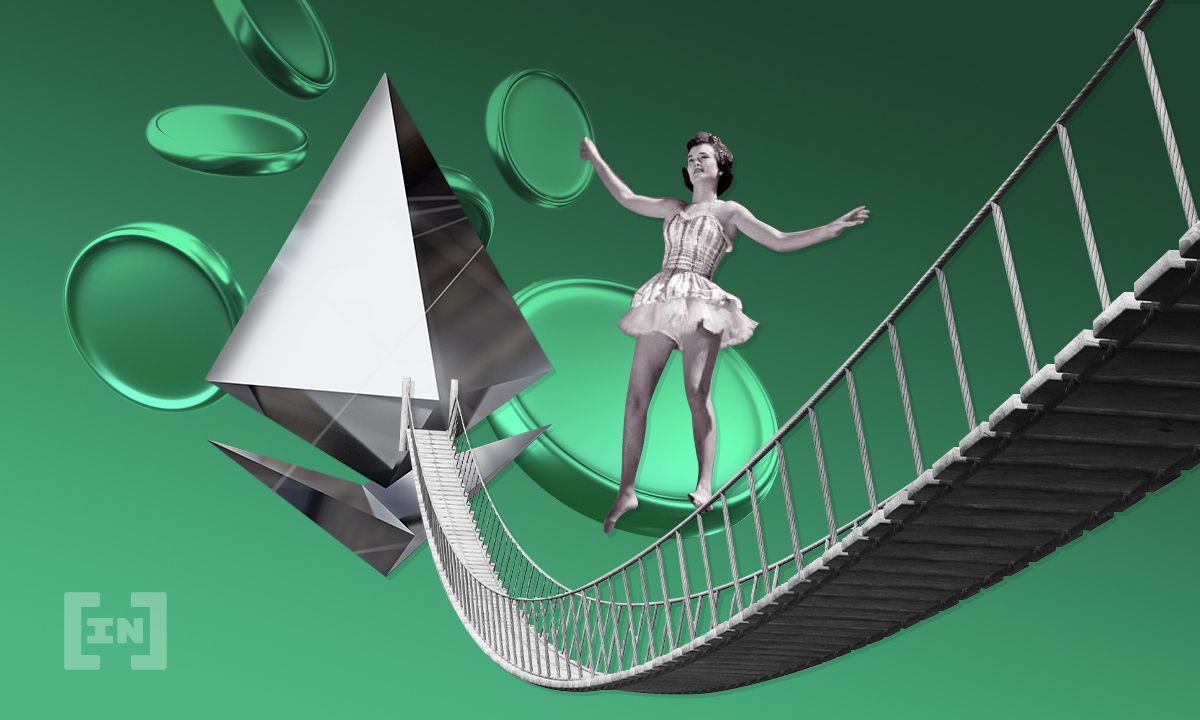 Blockchain networks are fantastic digital ledgers that offer various forms of financial freedom. Bitcoin (BTC), ethereum (ETH), and cardano (ADA), among other cryptocurrencies, each bring something unique to the industry. However, one of blockchain’s biggest downfalls is its lack of interoperability.

The process of utilizing one asset on another blockchain is all but impossible, forcing users to deal with trading pairs and transaction fees.

With the rise of decentralized finance and the many variants of projects offering new ideas, this lack of interoperability is a significant barrier. Fortunately, there is a way through in the form of blockchain bridges.

What is a Blockchain Bridge?

A blockchain bridge allows the use of one asset on another blockchain. Well, sort of.

Say you’re on the Ethereum network, but transaction fees are ridiculously high. Instead of biting the bullet and paying fees, a blockchain bridge would allow that transaction to occur on a cheaper network, like Tron. If Ethereum is congested, the bridge will enable a faster transaction as well.

Such a concept is ideal for dApp developers. Bridges mean they can utilize the benefits of a popular network, like Ethereum, without suffering from its scalability and fee issues.

Bridges also bring awareness to the other blockchain – the one where transactions are being processed.

Now, it’s worth noting that you’re not actually sending ethereum to tron (TRX). Rather, the ethereum you’re “sending” is actually locked within the network.

Then, the bridge will mint an equal value of modified tokens on Tron. You can use those tokens on Tron as you wish, and when you’re done, the created tron will be burned, and the equivalent amount of ethereum will be released.

Bridges are critical when it comes to smaller transactions. Gambling platforms built on Ethereum, for instance, could quickly generate winnings on a separate blockchain and then release the equivalent amount on Ethereum.

This would be cheaper and faster than using the congested Ethereum network, encouraging more users to partake in gambling and other activities.

Bridges opt to solve the scalability problem, as the load from many smaller transactions (via games and NFT trades, etc.) is lifted from the main Ethereum chain.

This is because users will have all sorts of networks to utilize, using dApps on EOS and Bitcoin instead of everyone clogging up Ethereum.

There are quite a few blockchain bridges that already exist. Here’s a breakdown:

The NEAR Protocol has recently released its Rainbow bridge, connecting Ethereum and the project’s various blockchain networks.

NEAR is a proof-of-stake network hoping to take advantage of the NFT craze. It allows developers to build unique, NFT-powered decentralized applications on a platform separate from Ethereum, though the Rainbow bridge ensures Ethereum users can take advantage of such an offering.

Thanks to the bridge, NEAR developers don’t have to worry about a small userbase. They can utilize ethereum token holders, as well as grow their own userbase on the NEAR platform.

TON is an ERC-20 based, multi-blockchain project providing all sorts of services to its customers. Considering TON can support millions of transactions a second, they claim this is the fastest Ethereum bridge in existence.

If this is the case, Ethereum dApps will have found one of the fastest ways to interact with their users. A potential millions of transactions per day puts Ethereum on the speed of Visa and other established payment methods.

That speed is thanks to TON’s “workchains” – essentially a ton of sidechains that manage transactions and other aspects of the blockchain.

With all of that power validating transactions at once, it shouldn’t be surprising if TON can back up its word.

Developers can build dApps on sidechains known as “parachains,” each with its own token. These tokens are all interoperable, and parachains can connect to existing tokens like bitcoin and ethereum.

The goal is to create an ecosystem of dApps serving all sorts of use cases, becoming the most interoperable blockchain network in existence.

Avalanche is a DeFi platform, and exchange for smaller and newer crypto projects can list their tokens. It’s built on an ERC-721 standard and is bridging with Ethereum thanks to ChainSafe, the builders of a “multi-directional blockchain bridge.”

Interestingly, the AVAX bridge takes your ethereum and turns it into wrapped ethereum (WETH). It then mints the relevant token on Avalanche. Considering various dApps will be built on AVAX, users and developers can take full advantage of Ethereum’s power.

Interoperability has always been a problem in the blockchain space, and there aren’t many solutions yet. While they’re still early on, bridges are aiming to be that solution.

After all, no blockchain network is perfect. The ability to swap networks and enjoy the benefits of all is a pretty exciting future for this technology.

Anastasia Chernikova is a tech journalist whose articles have been featured in Forbes and Esquire in Russia, Business Insider, Quartz.com and other publications. She has interviewed prominent tech founders, such as WhatsApp founder Jan Koum right after Facebook bought his app for $19 billion, and Vitalik Buterin, Ethereum founder, when his cryptocurrency ether was just in the beginning of its triumph. She is keen on the idea of the decentralized world and what the blockchain brings to the financial system.