The amount of active Dash wallets on Android devices in Venezuela has been exploding in 2019. This is clearly in response to the current economic crisis affecting the nation, with Dash being an attractive alternative to the Venezuelan Bolivar, the Petro, or even Bitcoin.

This trend was first brought up by Twitter user Mark Mason (@StayDashy), who wanted to be clear that this statistic refers to active wallets – used at least once in the last 30 days – not just total downloads. This is an important distinction because it implies people are actually using Dash, not just curious about it.

From May to November there has been a 410% increase in active android devices using #Dash wallet app in #Venezuela 🇻🇪 Growth for November was 27.3% 📈🚀

This is NOT total installs, 'active devices' shows how many devices that have been online at least once in the past 30 days. pic.twitter.com/cWFADHSRHY

As the chart shows, in May there were only 7,597 active wallets, but that number has since ballooned 410% to 38,759. Given this trajectory and the fact that in November alone the wallet usage saw a 27% increase, there is a solid chance that this number will continue to grow for the foreseeable future.

All of this comes as Venezuela is suffering through an economic crisis that has been going on for well over a year. The local currency, the Bolivar, has seen enormous inflation making it an unreliable store of value, and despite government efforts to push adoption, the Petro has only received a luke-warm response.

Even Bitcoin, while certainly helping Venezuelans in this time of need, may still be less useful than Dash simply due to the latter having notably smaller fees and faster transaction times. With so much economic uncertainty, the cheapest and most reliable option is likely to be the most embraced.

While the ability to help a struggling economy is a huge benefit for Dash acceptance, it may not save the currency from some of the woes plaguing it as of late. For one, despite seeing some growing adoption, this has not translated into an increase in market price. In fact, Dash is currently hovering around the lowest prices that the asset has seen since well before the 2017 bull market, though to be fair the price of the asset does not define its ability to transfer value. 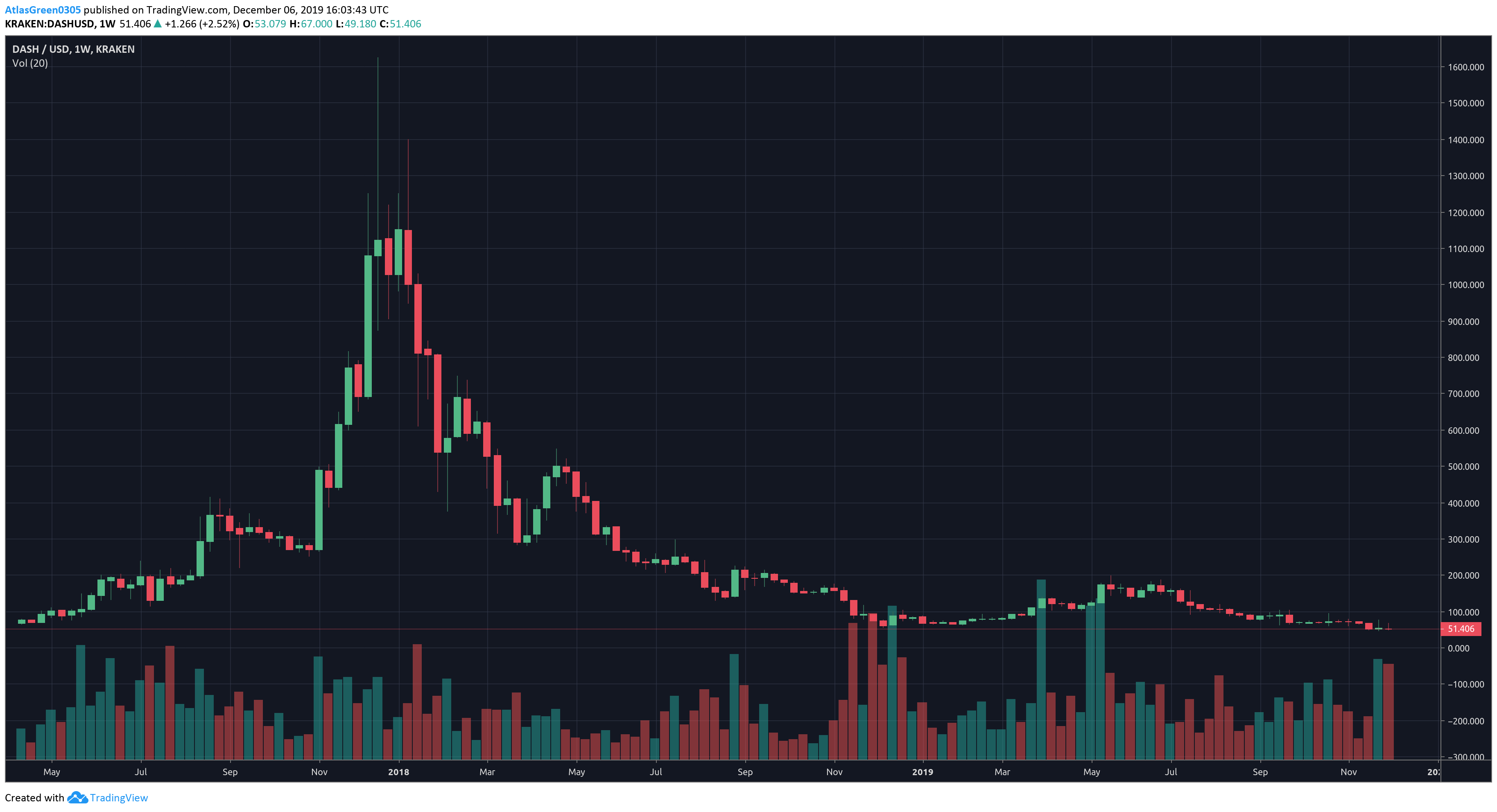 While Dash may be going through some rough patches, it is clear there is still very much a demand for the cryptocurrency and a passionate community around it. If use cases like Venezuela continue to pop up worldwide, which is plausible, then there may still be a bright future for the asset. For now, though, it is enough to know that it is helping the people who need it most.

Data shows that the volume of BTC transactions on the over-the-counter peer-to-peer marketplace, LocalBitcoins,...

Digibyte Founder Continues Crusade Against Exchanges, Claims They Are Corrupt