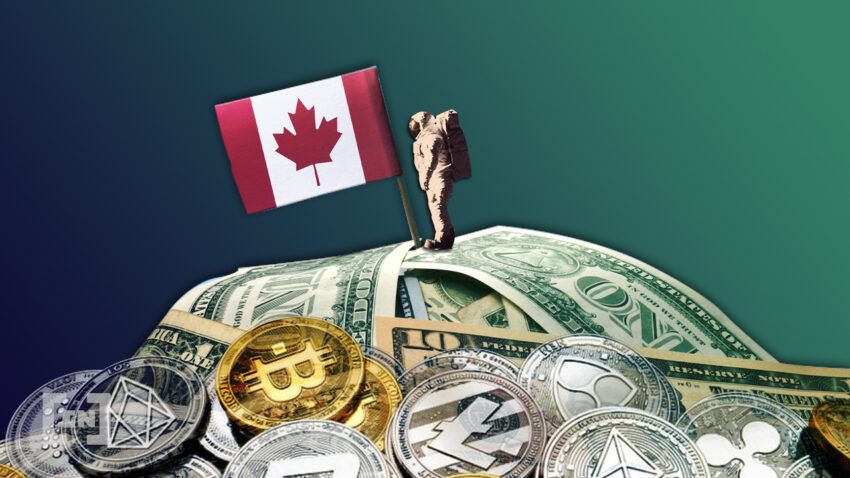 As the cryptocurrency market experiences one of its worst dips, there is a silver lining, especially if you live in Canada. In a report released five days ago, the Bank of Canada revealed that the number of bitcoin holders almost tripled from 2020 to 2021, from 5% to 13%.

On average, the amount of bitcoin held was $500, with most holders using BTC for speculation due to high levels of volatility preventing its use as a form of payment.

“The prices of cryptoassets such as Bitcoin and Ether were generally four to five times more volatile throughout 2021 than the S&P 500 stock market index was.”

The bank noted, however, that stablecoins pegged to a fiat currency and backed by liquid reserves could offer some relief from the volatility of other cryptos if issuers can honor redemption requests.

Cryptocurrencies have become more tightly intertwined with traditional finance, through derivative instruments or as collateral for lending, increasing the potential of crypto market shockwaves impacting the broader economic environment. Hence, the report states that governments must coordinate regulatory efforts to prevent criminals from exploiting loopholes. The Bank of Canada has an official in charge of the Financial Stability Board Regulatory Issues of stablecoins working group responsible for coordinating regulatory efforts around stablecoins.

Canada’s approach to digital regulation has existed at the provincial level. However, the federal government announced a legislative review of the financial sector in its 2022 budget, with digital currencies a top priority.

In March, U.S. President Joe Biden signed an executive order, tasking multiple government agencies with researching cryptocurrencies and coordinating efforts to draft comprehensive regulations to, amongst other things, protect investors and prevent the illegal use of cryptocurrencies for money laundering and terrorism financing.

Celsius Network, whose current chief financial officer Rod Bolger previously served as CFO of the Royal Bank of Canada, the largest Canadian bank by market capitalization, paused withdrawals yesterday to put the company “in a better position” to honor redemption requests “over time,” sparking fears of another TerraUSD scenario. The TerraUSD stablecoin collapsed last month as it could not maintain its peg to the U.S. dollar following multiple withdrawal requests.

Ignoring warnings from U.S. state regulators over Celsius’ interest-bearing products, financial professionals managing Canadian province Quebec’s $326.7 billion pension fund invested in Celsius with WestCap Group, a venture capital firm, pouring $400 million into the lender’s pockets. The official position of the Caisse de Depot et Placement du Quebec (CDPQ), the company managing the pension fund at the time, was that its $150 million contribution was a wager on blockchain’s potential to disrupt.