BUY NOW (XTZ) on its platform, which has left many users outraged and demanding answers.

Staking has become more popular in the cryptocurrency world, but exchanges are apparently asking for a bigger piece of the rewards. Despite Coinbase being among the largest, most trusted exchanges in the entire industry, it is still charging a whopping 25 percent commission on Tezos (XTZ) staking. Staking was officially rolled out by Coinbase in November of last year.

According to the exchange’s Prices and Fees Disclosure, “Coinbase will distribute this reward to you after receipt by Coinbase, minus a 25% commission.”

LMAO at Coinbase charging people 25% to bake their tezzies. pic.twitter.com/Q2WrSQSsXD

Coinbase has often been criticized for its high fees in the past. The exchange has been capitalizing on the staking trend in blockchain but has also set the price for its services far too high. As one user writes, at least the UI for the exchange’s staking services is “mesmerizing” — despite the exorbitant commission rate.

Some repliers to @CryptoCharles were confounded over why would Coinbase even do this. Not only does it hurt their business, but it’s so excessive compared to other exchanges. It is not like Coinbase is a struggling exchange either — in fact, it leads the entire market in Bitcoin

BUY NOW (BTC) under custody. As BeInCrypto reported in December, Coinbase holds more than 966,230 BTC ($7B) in its cold wallets. Clearly, the exchange has ample clients and does not need to dissuade XTZ holders with 25 percent commission rates for staking.

Coinbase has so far not responded to criticisms over its commission rate. 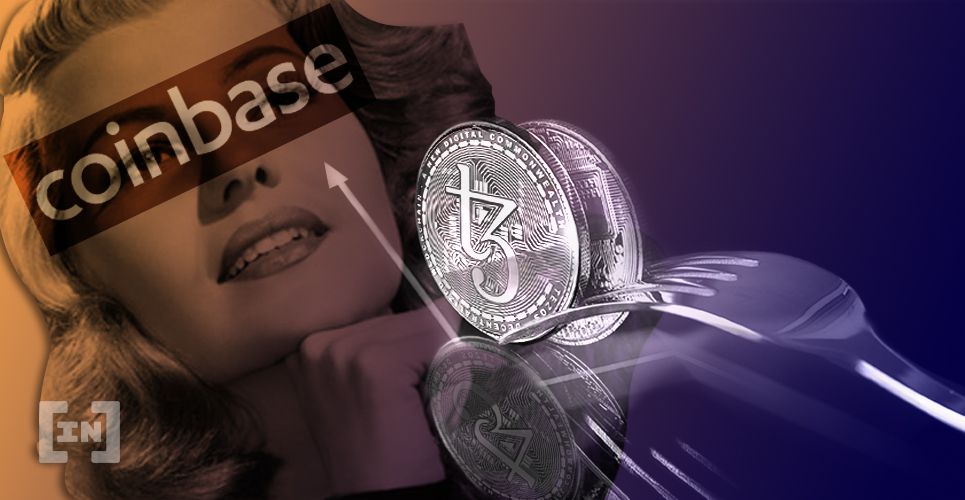 Coinbase has remained a fixture of the cryptocurrency industry for years now, but it has not escaped the ire of some traders over the years. Although assuming authority over the industry, its Crypto Ratings Council green-lit Telegram’s GRM token despite its legal status being disputed by the U.S. Securities and Exchange Commission (SEC). Coinbase has nonetheless continued its expansion and seems financially healthy, which makes the 25 percent commission rate especially flagrant.

Almost $10 Billion in Cryptocurrency Locked in Staking Contracts
#Blockchain News 1 month ago
Up Next
Will Litecoin Manage to Maintain its Bullish Momentum?
Altcoin Analysis 5 months ago
Related News

Will Tezos Reverse Its Bearish Trend?