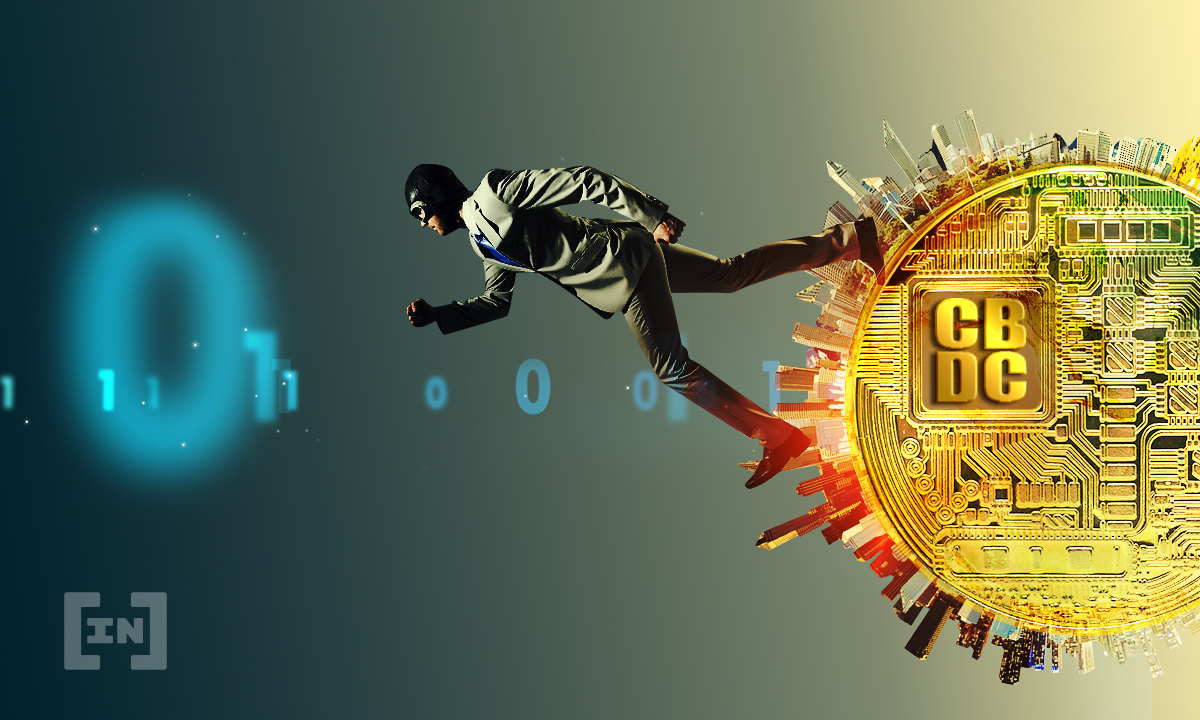 The development of central bank digital currencies (CBDCs) continues to be a hot topic of discussion, and for good reasons.

Whether thought of as a solution or a risk to the global financial system, CBDCs are where the world is looking for answers.

Financial crimes and online-related fraudulent activities showing no sign of decreasing. As a result, there is a need to protect the mechanisms of commerce as a whole.

Included in this protection is finding a solution to combatting monetary and financial instability. Not only for countries but for individuals who cannot access financial inclusions provided by banking institutions.

According to the Bank For International Settlements, 56 central banks are currently researching or actively developing their own form of digital currency.

The Bank for International Settlements (BIS) supports these findings with its study. In January 2020, it found that 80% of global central banking institutions are currently researching and developing a CBDC.

In fact, the percentage of central banks performing proof-of-concept examinations is growing, climbing nearly to 50% percent.

There are concerns about CBDCs and what their implementation may bring with them. However, there are also some clear benefits to moving fiat currency fully digital.

A big benefit is the possibility of accessibility. CBDCs could make access to digital monies and financial services more accessible to those who have been financially excluded due to their circumstances.

These could be elements such as immigration status, incarceration, prior defaults, limited financial knowledge, and of course, poverty.

Moreover, this would allow governments to easily administer digital cash grants, especially during the next crisis.

According to World Bank, more than 1.6 billion adults are considered “unbanked.” This refers to a person or entity not having access to a bank or a similar financial organization.

This includes no access to checking or savings or even digital money provided by mobile banking. This unbanked status also encompasses such services as insurance, loans, mortgages, or financial protections of any kind.

Similarly, the Federal Deposit Insurance Corporation (FDIC) reported in the most recent National Survey of Unbanked and Underbanked Households that a total of 14.1 million adults in the United States classify as unbanked.

CBDCs are a possible solution to this unbanked issue. They offer access without the restrictions of a bank account. Rather a person could gain access simply through an app. This lowers the bar to needing a smartphone, which have become much cheaper in recent years.

Another area where central bank digital currencies could become beneficial is in the world of decentralized finance. Rather than an enemy of the space, some consider CBDCs as a stepping stone for wider adoption of these tools and products.

“CBDCs are a major driver for regular people to enter the new financial world of DeFi. People can still use their choice of fiat currencies and also feel the magic of blockchain’s security, efficiency, and composability,” explains Hsuan-Ting Chu, CEO and Co-Founder of Furucombo.

“But a very important step to allow CBDCs to go live efficiently is regulation. That is how governments are going to set the rules for newcomers and “manage” those who are already in the market. Uniswap’s recent move has already given us an example of how a DeFi protocol should prepare for regulation.”

China at the forefront

When it comes to which governments already have their eye on the ball, China is leading the pack. China launched a pilot project in April 2020, which exists as the most advanced project to date.

Its version of a digital currency is controlled and regulated by its central bank, empowering the Chinese government to observe and monitor payments in real-time, negating anonymity by design.

Since its launch, China has made several advancements with its “digital yuan,” distributing as part of various trials with an estimate exceeding $23 million of its digital currency presently in circulation.

“Central bank digital currencies are becoming something of reality very soon in China. They have already done pilot programs on their digital yuan and are expecting to launch their CBDC in 2022,” said Gunnar Jaerv, the COO of First Digital Trust, a leading Hong Kong, digital asset custodian.

“When other countries realize the potential a CBDC can have on a country’s growth, we will see more acceptance of a central bank digital currency being rolled out in the future, but this will be quite some time away. China has already been way ahead of the whole world in the past 10 years. They started with WeChat and AliPay, and now they are moving on with CBDCs.”

China’s advancement of its digital yuan has gained the attention of other countries’ governments. This includes the Biden administration.

The U.S. is keeping a close eye on its development. This is due to concerns that a Chinese CBDC will be used to circumvent sanctions and could negatively impact the superiority of the U.S. dollar.

The interest of such international communities as Japan, France, and Australia are among the growing list of countries striving to develop a CBDC initiative.

For example, Russia recently disclosed its project to pilot a digital ruble by 2022. Also, the Boston Fed is collaborating with the Massachusetts Institute of Technology to develop a CBDC.

The Central Bank of Nigeria has recently announced a plan to launch a CBDC trial codenamed “GIANT” on October 1. The digital currency will run on the open-source blockchain Hyperledger Fabric.

The Monetary Authority of Singapore (MAS) has asked financial technology companies to submit solutions for a retail model CBDC infrastructure.

However, while interest and potential benefits are apparent, this doesn’t mean there aren’t risks and concerns.

These include a concern that CBDCs will only reinforce the world’s toughest financial issues. Rather than be a solution as envisioned.

These risks include cybersecurity threats, which have been growing as more of the world moves online. It also noted concerns of financial disintermediation.

Another associated threat when it comes to CBDCs is the controls needed to avoid bank runs and supply issues. Currently, fiat currencies are controlled, somewhat, but printing supply. However, when a currency is digital, this is not a restriction.

While the central banks do control currency circulation and supply. Whether they will adequately transition this into the digital space is another risk vector.

Alongside this control is the overarching concern of privacy. Market research by the Official Monetary and Financial Institutions Forum (OMFIF) concerning essential components of a CBDC found privacy and security as main concerns.

In the U.S. and Germany, 70% of participants were more concerned about privacy as a fundamental element of a presumptive CBDC.

Privacy is a monumental concern because a CBDC will make it easier for governments to view and track transactions.

Currently, when consumers are using banks, most government agencies can already gain access to financial records. However, this is only by executing a court-ordered warrant.

While digital currencies may be a way to help the unbanked, they are also a way governments can increase centralization.

Although a national currency is a standard, there is a market where consumers choose which banking apparatus they use. They can choose their bank, adjust the terms and have some level of control.

There is a fear that central bank digital currencies may consolidate this control. Thereby making it difficult for citizens to maintain more autonomy over their finances.

These creators want to liberate users from government financial surveillance, control, and the policies associated with central banks.

Many cryptocurrency traders believe that these components are the life-blood that fueled corruption and inflation.

“What is needed is an electronic payment system based on cryptographic proof instead of trust,” writes Satoshi Nakamoto in his 2008 white paper. “Transactions that are computationally impractical to reverse would protect sellers from fraud.”

However, some do not believe that it is not a zero-sum game. Meltem Demiorors, chief strategy officer at CoinShares, told Reuters that a CBDC “is structurally no different than fiat, and they are very much complementary to crypto, not competitive.”

CBDCs are an inevitability. Our world is becoming digital, and the need for a paper-based monetary system is already becoming null and void. The next few years will make the risks and rewards of the digital national currency clear. 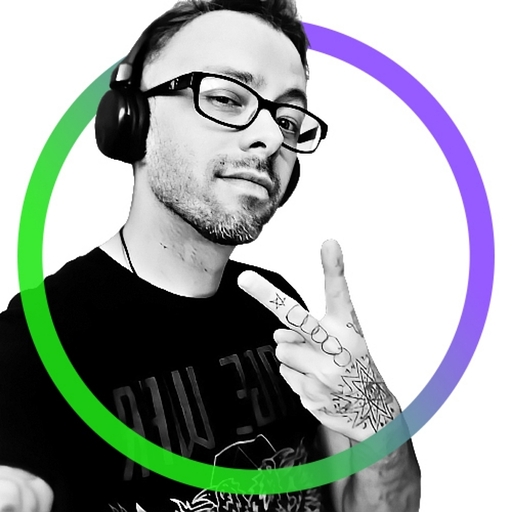 Tackling the Exposure Problem in DeFi With Cono Finance

Promise and Problems of the DeFi Oracle — When Data Fails

Even in 2021, Digital Asset Security Remains an Industry-Wide Problem

Accelerating Adoption — What DIDs Add To The Blockchain Ecosystem

Building Social Impact and Community Into NFTs with DoinGud

Be our Supreme Scorer and qualify for a grand prize pool of 200,000 USDT!