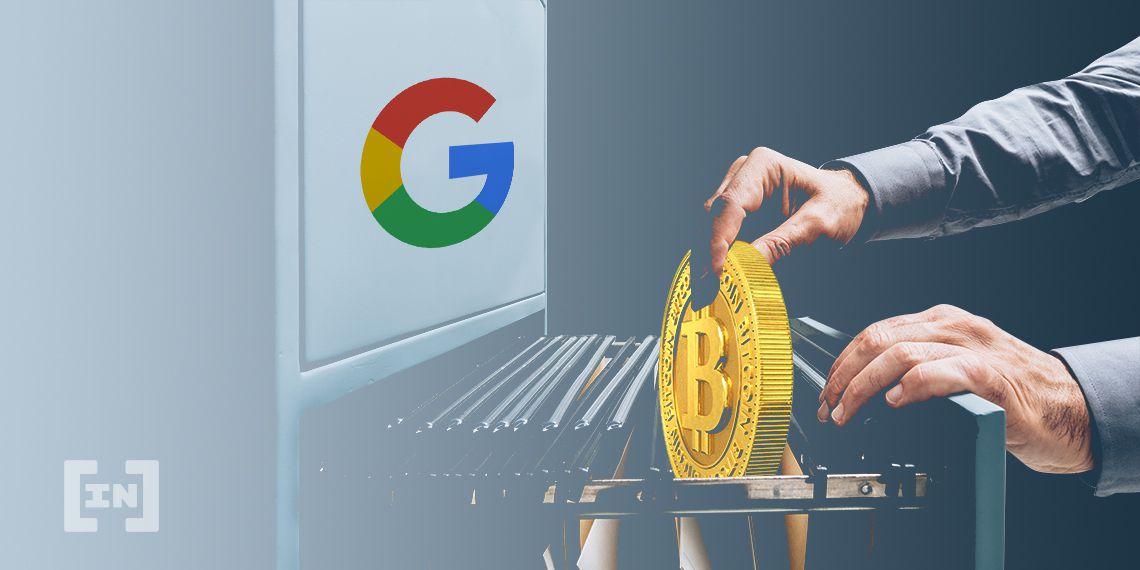 With economic uncertainty rising around the world, Google search interest for the term ‘Bitcoin’ is also growing in some nations. While the rest of the world is a long way from peak search volume, a group of developing nations has seen a dramatic spike.

The swelling search volume comes from nations in both Africa and South America. Both are continents with poorly developed banking infrastructure and relatively weak national currencies.

The coronavirus pandemic has rattled consumers, businesses, and investors around the world. Great parts of the world remain under some form of social restriction and newly reported cases of the illness are yet to plateau.

US unemployment is rising, European economists are predicting a deeper cut, and central banks around the world are becoming increasingly creative to remedy the situation. [Reuters]

Amid the widespread economic carnage, interest in Bitcoin appears to be growing. Yet, the increasing enthusiasm is not global.

As cryptocurrency market analyst at ARK Invest, Yassine Elmandjra, highlighted in the following Twitter thread, particular groups of developing nations are close to or at their all-time highs in terms of relative Bitcoin Google search interest:

The relative Google search interest for Bitcoin is approaching all time highs in several emerging markets.

The above chart shows a rapid increase in the number of individuals searching Google for the term ‘Bitcoin.’ Internet users in Peru, Guatemala, Zambia, Uruguay, Kenya, Nigeria, and Burkina Faso are all following a similar trend.

Contrasting the developing markets mentioned above is search interest for the entire world combined. As highlighted below, interest in Bitcoin in terms of Google search volume remains a long way from what it was in 2017/18. 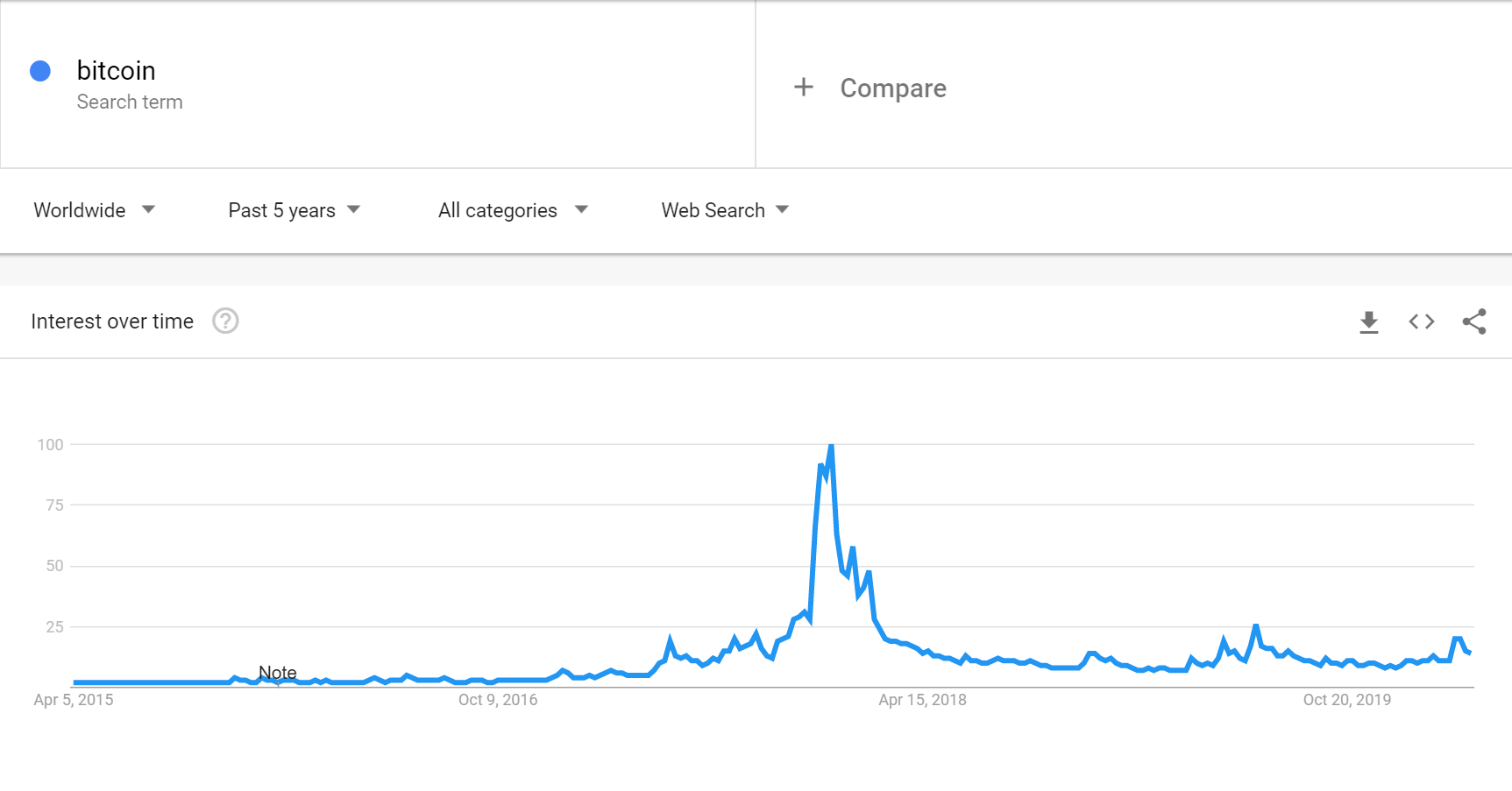 Although the rising search volume shows that the above groups of South American and African nations are becoming more interested in Bitcoin, it doesn’t give any indication as to why enthusiasm might be growing. Naturally, the bullish assumption is that rising economic uncertainty is prompting those living in places where banking policies are often destructive, forcing its citizens to search out a harder form of money.

Unfortunately for those most optimistic about Bitcoin’s place as a planetary store of value or as a safe-haven asset, the figures don’t exactly match the hypothesis. Admittedly, it’s incredibly difficult to get an accurate picture of the entire market. There are no statistics for either global exchange use from a given locality or strictly peer-to-peer trading. 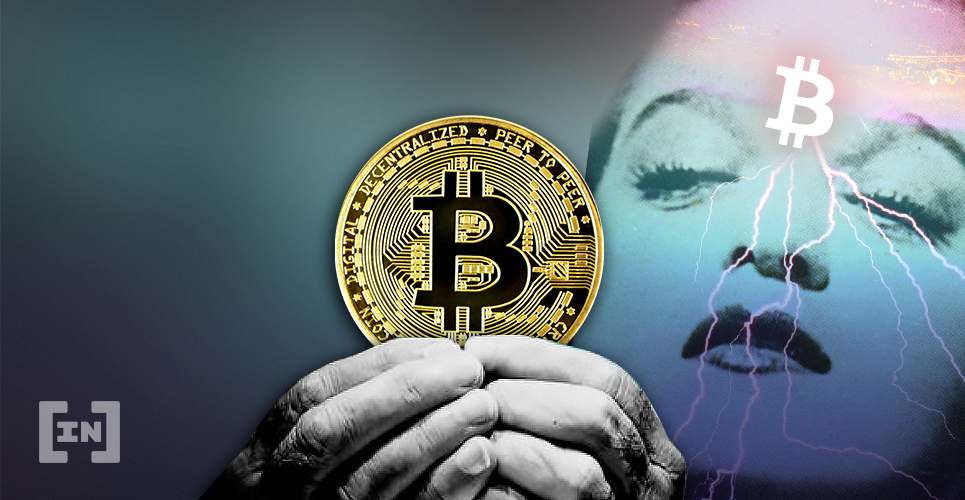 However, trading volumes on peer-to-peer marketplaces are quite useful in shining light on these emerging markets. UsefulTulips.org collates both LocalBitcoins and Paxful trade volume and reports it in US dollar equivalent values. This removes any local currency volatility from the picture.

UsefulTulips’s data shows that Bitcoin buying is increasing in some of the nations mentioned. In Guatemala, there was a large spike in trading last week. Similarly, Kenya and Zambia also saw increased trading as of late.

Elsewhere, the picture is different. Nigeria, which has historically been one of the nations most interested in Bitcoin, is still seeing very high volumes relative to other developing nations but it is not necessarily trending upwards. Meanwhile, both Peru and Uruguay are seeing a decline in trading.