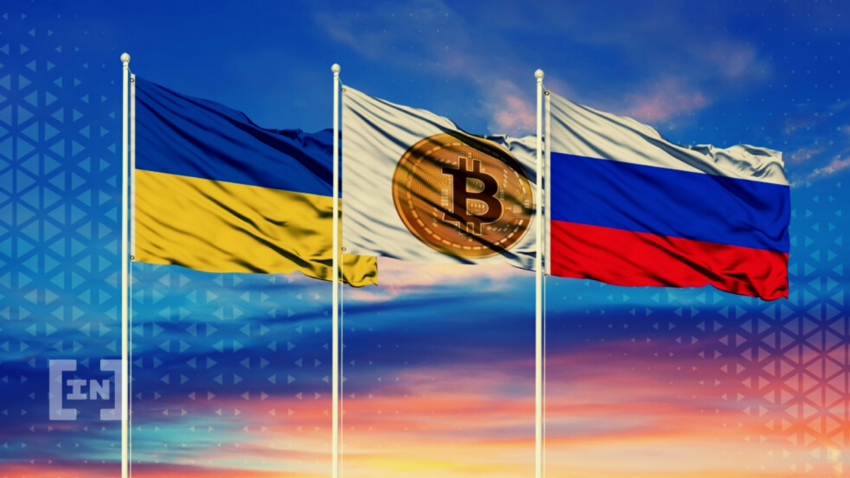 After Russian President Vladimir Putin declared war on Ukraine on Feb. 24, 2022, a rapid sell-off occurred in the crypto market, resulting in over $500M in losses, followed by an uptrend in price.

Geopolitical pressures notwithstanding, bitcoin has climbed 35% since the Russian invasion, performing well as a safe-haven asset for hopeful market speculators. Will Clemente, a lead insights analyst at Blockchain-As-A-Service company Blockware, noted that “Bitcoin is up 35% since Russia entered Ukraine,” adding that “Bitcoin has closed above short term holder cost basis for the first time since Dec. 3. Hard to be bearish as long as BTC is above.”

Why the bullish sentiments?

It is possible that the uptrend in Bitcoin price may be a result of U.S. Treasury Secretary Janet Yellen’s comments that crypto has benefits. Social media rumors also suggest trading was being under-girded by whales (those owning large amounts of bitcoin) from the Luna Foundation Guard that it plans to back the native token of the Terra blockchain with over $10B in Bitcoin reserves.

Bitcoin has been moving within a tight band as central banks withdraw stimulus packages injected during the COVID-19 pandemic, leaving less disposable cash for notably riskier assets such as bitcoin. Both Bitcoin and Ether have followed the uptrend of US stocks, albeit by smaller margins. “As we test the top of the 2022 trading range for the fifth time, this another one of these Bitcoin moments when the narrative could swiftly change and investors pile in, propelling the bitcoin price higher,” says co-founder of Nexo, Antoni Trenchev. “It might just be time to awaken from the Bitcoin-sideways slumber that’s been 2022.”

According to Bespoke Investment Group, Bitcoin has been in the overbought range, as it traded well above its 50-day moving average of $41,085 in the last week. Generally, this precedes a downturn in prices for many assets, but with Bitcoin, the company said, an overbought state precedes an upturn in prices.