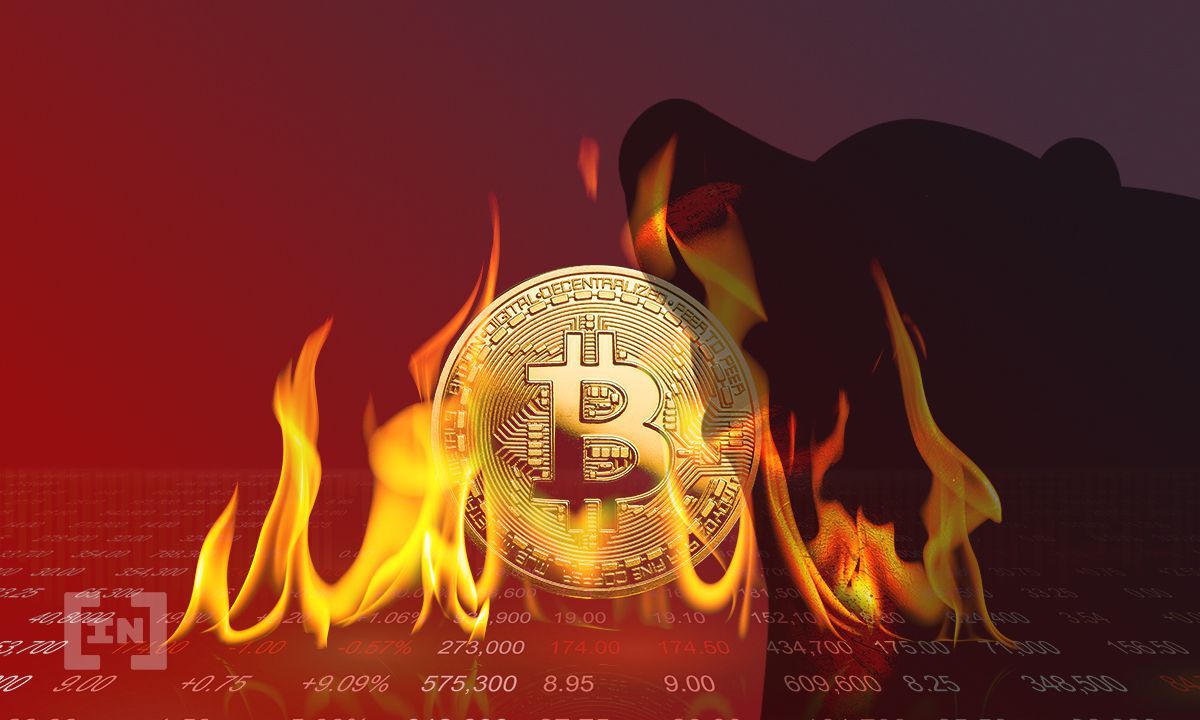 Bitcoin (BTC) has been falling at an accelerated rate since June 7, creating seven bearish daily candlesticks in the process.

BTC has been falling since reaching an all-time high price of $68,995 last Nov. In May, it broke down from a long-term ascending parallel channel, confirming that the trend is bearish.

Initially, the price bounced at the 0.618 Fib retracement support level, but was rejected by the $30,000 horizontal area (red icon), validating it as resistance.

If the downward movement continues, the next support area is at $22,000. This is the 0.382 Fib retracement level when using a logarithmic Fib tool and the resistance line of a previous ascending parallel channel (red circle).

As a result of these confluences, it is likely to provide support.

The daily chart shows that BTC had been increasing inside an ascending parallel channel since May 12. While trading in it, it proceeded to reach a high of $31,589 on June 7.

Once there, it was rejected by a confluence of resistance levels, more specifically the $31,500 horizontal area, the middle of the aforementioned channel and a descending resistance line in place since April.

Additionally, the daily RSI had been generating bullish divergence (green line) since the May 12 low. The channel breakdown coincided with a break of this trendline, another sign that the trend is bearish.

The wave count suggests that BTC is in the C wave of an A-B-C corrective structure (red). The sub-wave count is given in black, suggesting that the price is in the fifth and final sub-wave.

The short-term count provides a target close to $22,000, found by using the length of sub-wave one (white) and an external retracement on sub-wave four (black). This is also in alignment with the readings from the weekly time frame.

As for the long-term count, it is likely that the price is nearing the bottom of wave four (white) of a long-term upward movement that began in Dec 2018.

So, after the current decrease is complete, another movement towards a new all-time high could still occur.

A decrease below the wave one high (red line) at $13,880 would invalidate this potential wave count.