The Bitcoin price is possibly following a fractal from December 2018. If it continues doing so, it will make a final low at $7300 before initiating an upward move.

The Bitcoin fractal predicts an upward move to occur on December 9. Interestingly enough, the Bakkt Bitcoin futures platform announced that on December 9 they will launch two new trading options. This date coincides with the fractal breakout. This is a sign of increasing interest in Bitcoin, which broke its all-time high hourly transaction volume on December 5 — totaling more than $8.9 billion.

The fractal was originally outlined by bitcoin trader @hsaka in a December 5 tweet.

* Puts down the crack pipe * pic.twitter.com/F5RHbj992w

If the price continues to follow it, it will trade between $7000-$7400 until December 9 when it will initiate a rapid upward movement.

The 2018 movement began with a period of consolidation (white dotted line), followed by a fake breakdown and a rapid upward move. Afterward, the price completed an A-B-C correction, before initiating another very rapid upward move.

In December 2018/January 2019, two such movements occurred in succession, albeit in different time-frames, since the second one was roughly twice as short. 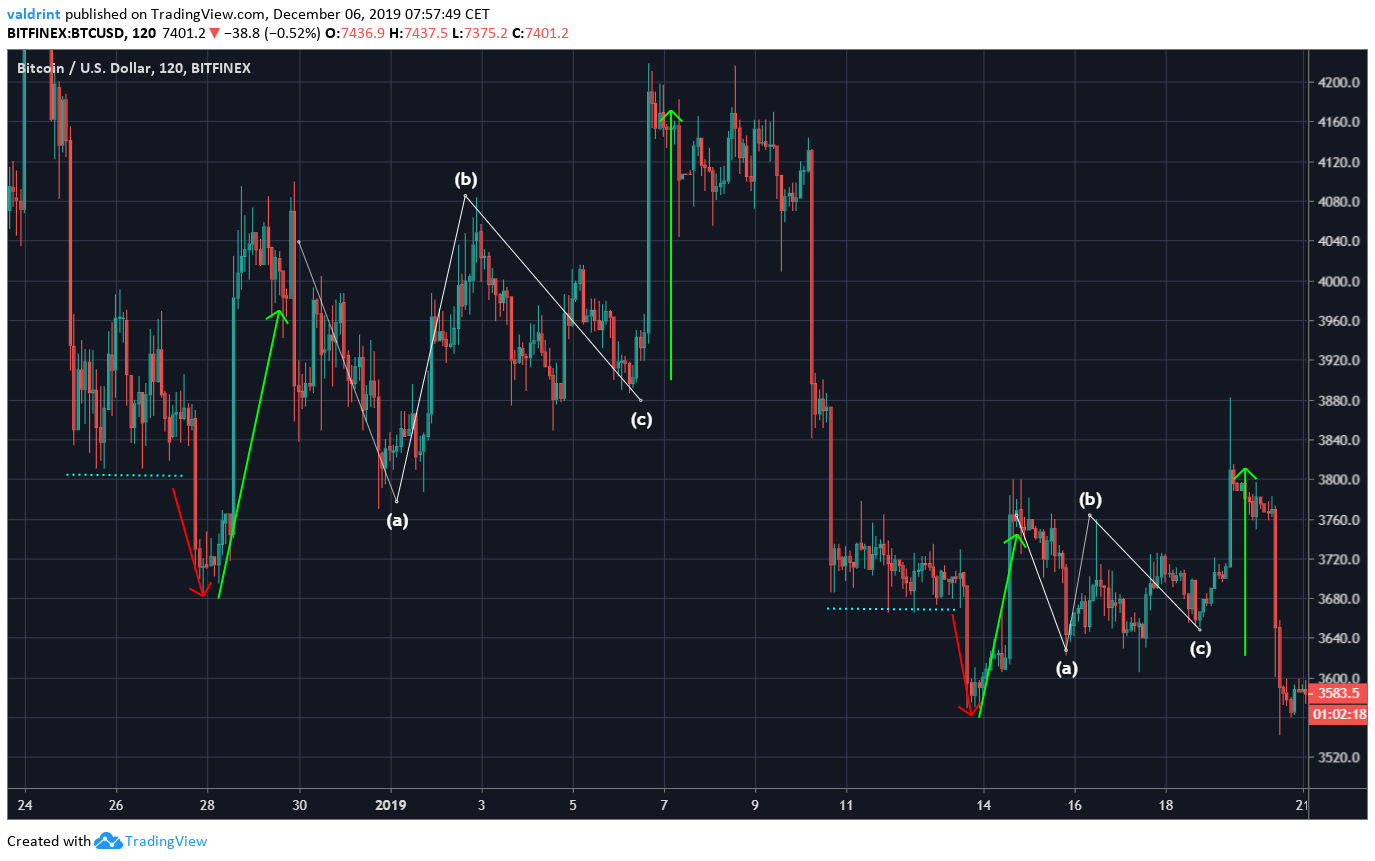 There are two defining characteristics of this movement. First, the C wave of the correction ended right at the 0.618 Fib level of the entire upward move. Second, the final upward move had the same height as first one after the fake breakdown. 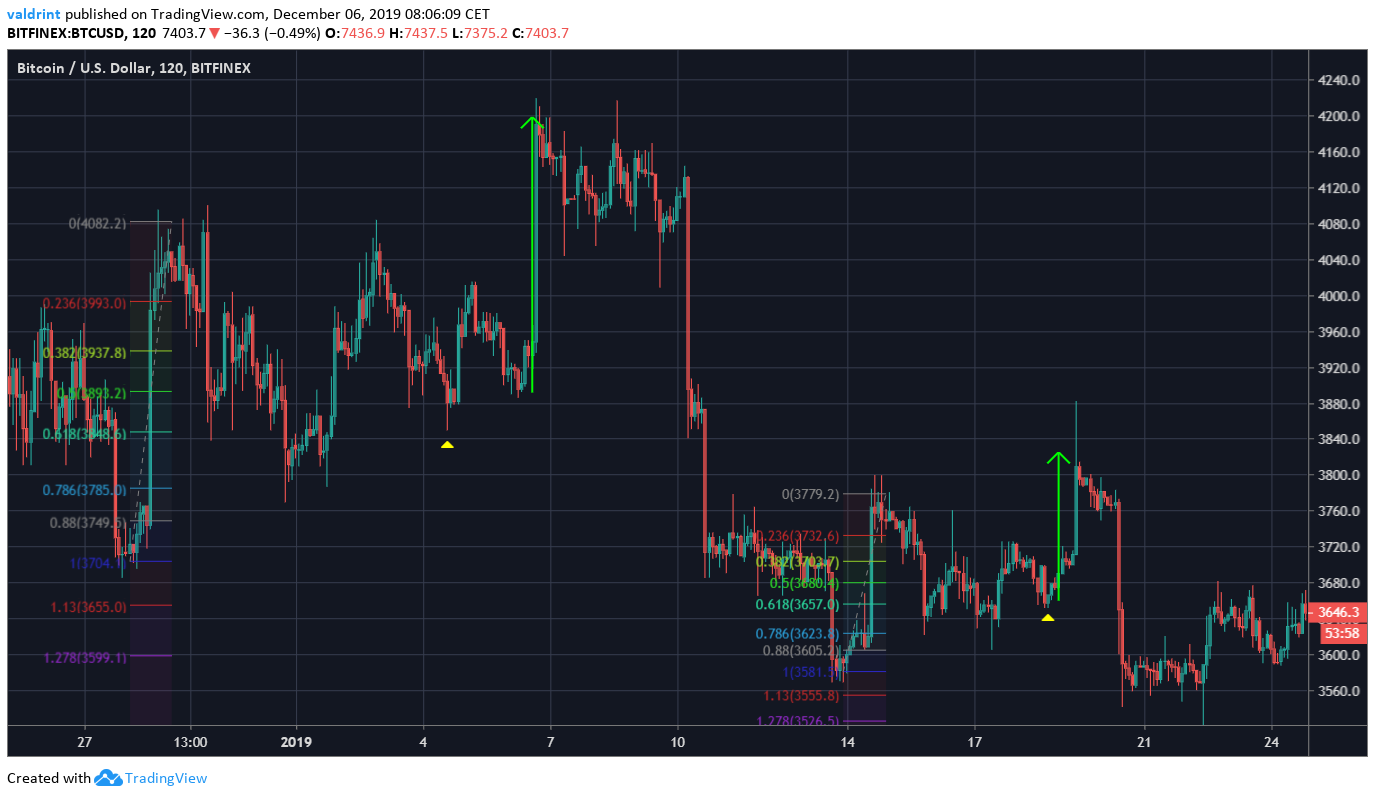 In the current movement, we already have had the consolidation period, which was followed by a fake breakdown and a rapid upward move.

Additionally, the Bitcoin price has completed the A-B parts of an A-B-C correction. 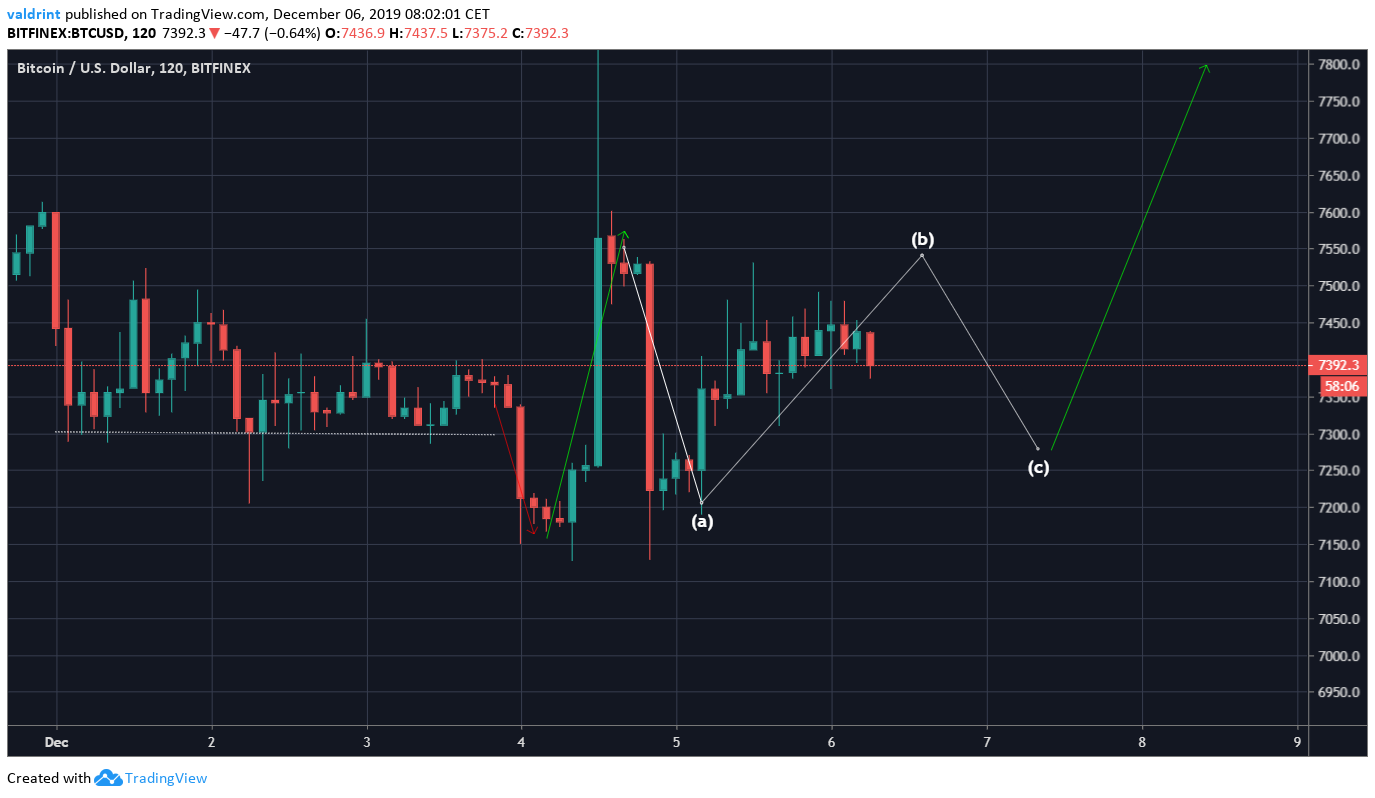 If the same characteristics hold true in the current movement, the Bitcoin price will complete the C wave at the 0.618 Fib level at $7300, before beginning an upward move towards $7700. 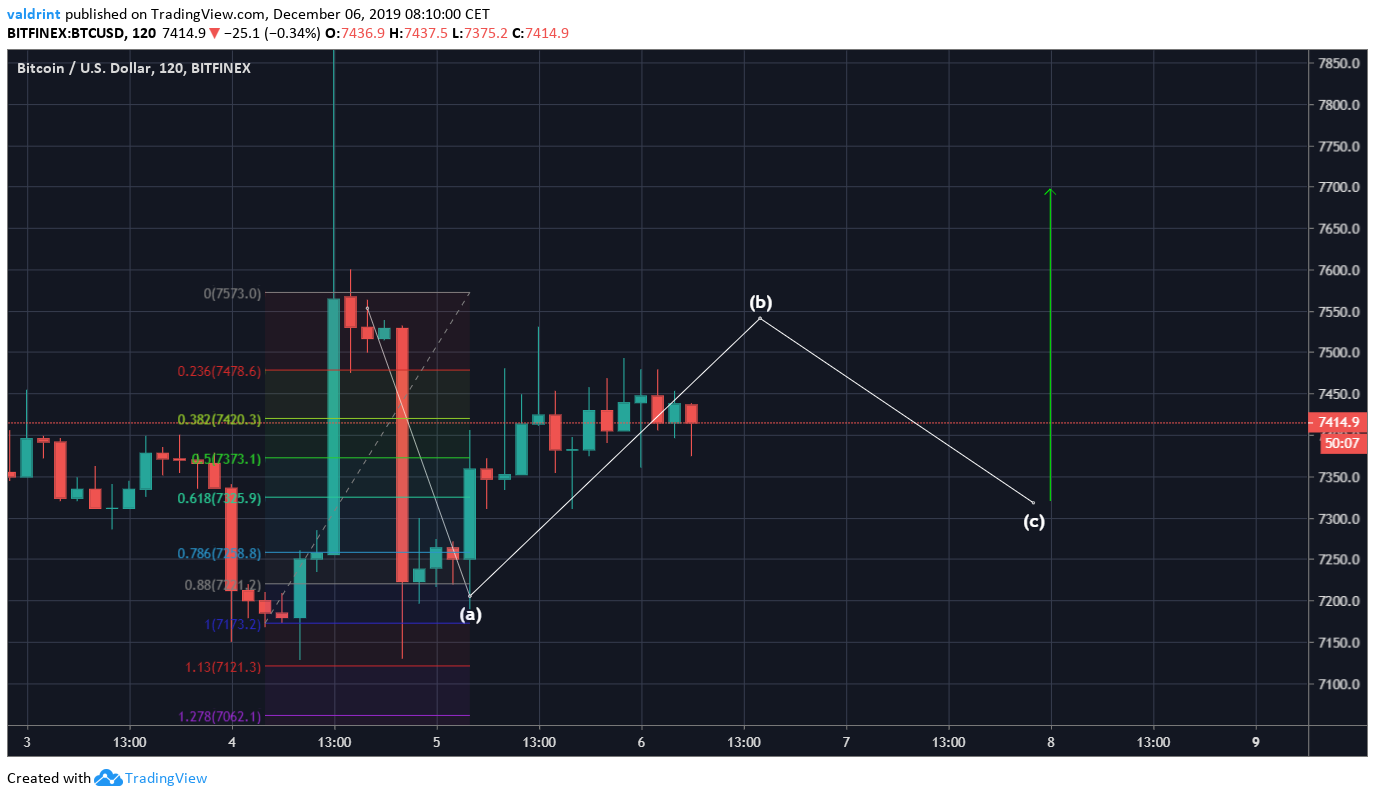 To conclude, the Bitcoin price is possibly following a fractal from December 2018. If it continues doing so, it will reach a low around $7300 before initiating a rapid upward move towards $7700.