BUY NOW (BTC) to an address on a different blockchain, and pretty much has to kiss their money goodbye.

However, with the advent of Bitcoin sidechains, it’s now possible to safely transfer Bitcoin to a variety of other blockchains in return for native BTC-pegged tokens — such as wrapped-BTC on the Ethereum

Sidechains are typically used to expand on the functionality of the underlying blockchain by providing a way for digital assets from one blockchain to be used on another.

While locked up in a sidechain, the digital asset is unusable on the original blockchain and needs to be moved back to its native blockchain to restore its utility there. 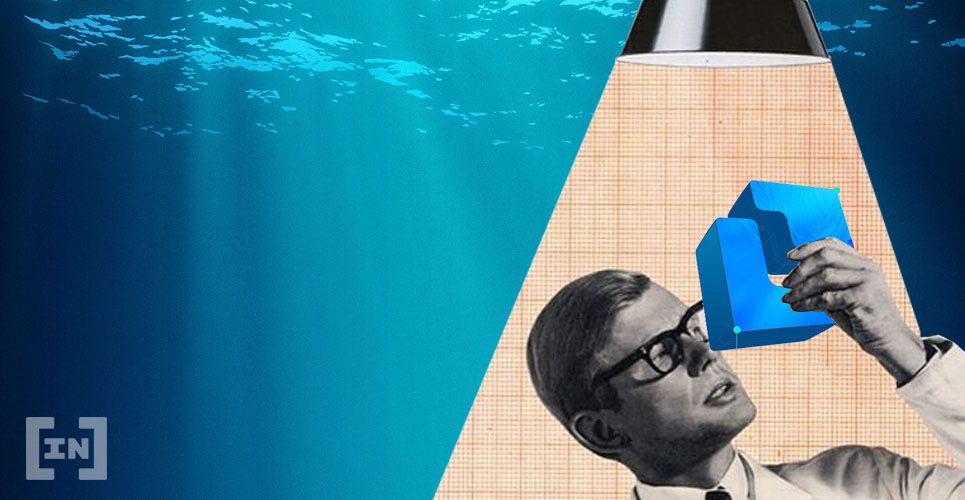 How Do Bitcoin Sidechains Work?

Most sidechains use what is known as a two-way peg to ensure that any tokens transferred to the sidechain are not destroyed but simply held, temporarily, until they are transferred back to the original blockchain. This is in contrast to a one-way peg, whereby tokens on one blockchain are burned when sent to the sidechain in return for an equivalent amount of tokens on a separate chain.

As it stands, there are currently over a dozen Bitcoin sidechains, though most deal with only a nominal amount of BTC. 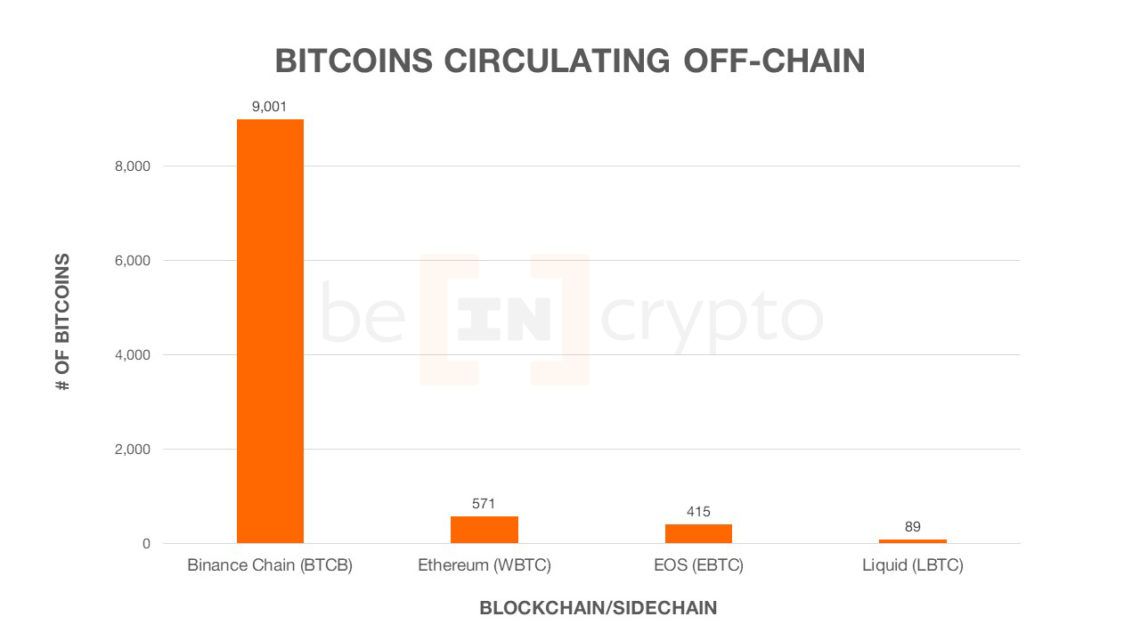 Binance Chain Dwarfs All Else

According to data taken from a variety of blockchains, there is currently somewhere in the order of 10,000 BTC (worth around $80 million) locked up in Bitcoin sidechains.

By far the largest amount of BTC is locked up on Binance Chain, with exactly 9,001 BTC currently held by the sidechain wallet

A crypto wallet is a device or app that stores digital assets. Unlike the physical wallet in your back pocket,... More. Like most Bitcoin sidechains, bitcoins held on Binance Chain are used to generate BTC-pegged tokens. In this case, Bitcoin BEP2 (BTCB), which can then be traded or transferred on Binance Chain.

There are just two other Bitcoin sidechains that hold in excess of $1 million in BTC. As of writing, just over 571 BTC has been locked up on the Ethereum Wrapped-BTC (WBTC) sidechain, while 415 BTC has been converted into the BTC-pegged EBTC stablecoin on the EOS

Beyond this, only a single sizeable Bitcoin sidechain remains — Blockstream’s Liquid. As it stands, just 89 BTC valued at around $715,000 are held on the Liquid sidechain as LBTC.

Although these sidechains have the benefit of essentially making Bitcoin tradeable on other blockchains, they can act to reduce liquidity on the primary chain. Conversely, some sidechains are not used for minted BTC-pegged tokens but instead piggyback on the security

Once you've bought or received bitcoins; you now need to keep them as safe as possible. This guide will provide... More of the Bitcoin blockchain — e.g. CoinShares’ recently launched DGLD sidechain.

What is your opinion on Bitcoin’s sidechains? Are they an overall benefit or detriment to the Bitcoin network? Let us know your thoughts in the comments below.

[Editor’s Note: For the purpose of this article, we are not considering exchanges such as BitMEX sidechains.]