This week’s DeFi darling is Bancor, which has been gaining momentum following the launch of its v2 pools last week. Meanwhile, DeFi markets themselves have been consistently hitting new highs over the past few months, with no signs of slowing.

On July 31, non-custodial token exchange protocol Bancor launched its highly anticipated v2 to mainnet. The announcement at the time stated that a new app provides an interface to swap tokens and provide liquidity to Bancor v1 and v2 pools. It added that the app was a beta version and was being rolled out in phases.

Bancor works without order books, in a similar fashion to Kyber and Uniswap, and thus relies on liquidity to perform its function. It uses an algorithmic automated market-making mechanism (AMM) through the use of ‘smart tokens,’ which ensures liquidity and accurate prices by maintaining a fixed ratio to connected tokens.

The protocol’s native BNT token serves as a hub that connects all other tokens in the Bancor Network. 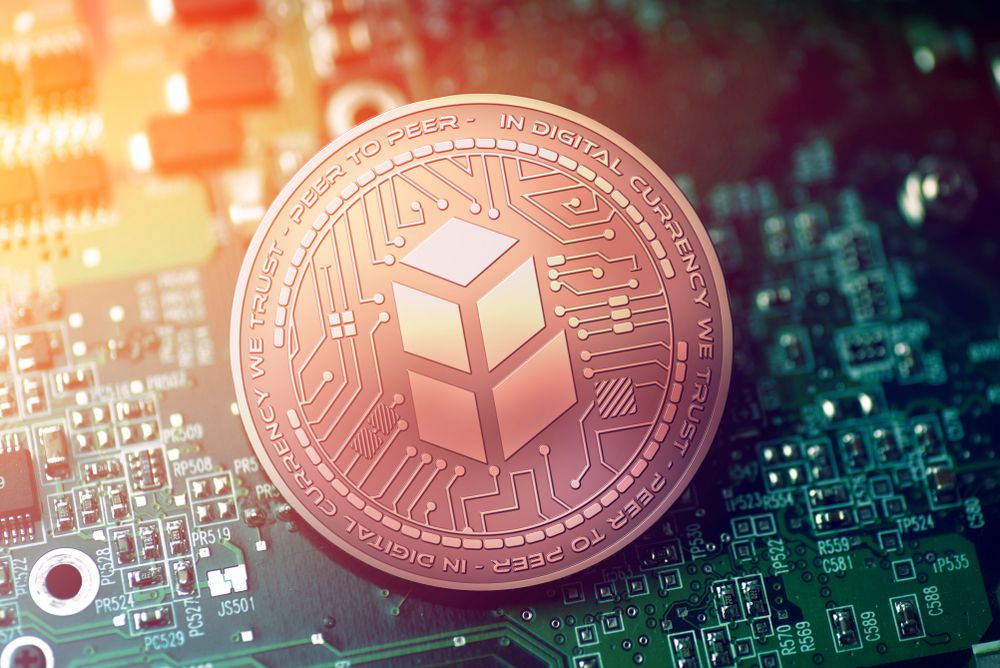 In her latest Defiant newsletter, industry expert Camila Russo has taken a deep dive into Bancor’s aims to shake up automated market makers.

The protocol’s v2 liquidity pools can be set with caps of up to $500k per reserve, or $1m total per pool. Bancor added that liquidity caps are encouraged during the beta release as a safety measure to allow the community to carefully monitor the system in production with limited supply.

Penned by Defiant’s Cooper Turley, the article noted the performance of the first pool, BNT/LINK, reaching its $500k cap within 48 hours.

Bancor v2 pools are equipped with 20x liquidity amplification, so a pool with $1 million in reserves will act like a $20 million pool in terms of slippage on token swaps.

This caused the LINK pool’s volume to surge over the weekend, giving the token the most competitive rate on the market while providing monumental returns:

For liquidity providers, the first pool is offering 366% APR in trading fees – all without any liquidity mining schemas in place.

Turley explained that by segmenting liquidity, traders can enter pools with just one of the tokens in it, without providing an equal amount of the other, as is the case with Uniswap liquidity provisions. He added;

The automated rebalances provide low slippage across most assets, including the more volatile ones such as LINK.

Bancor’s Nate Hindman (@NateHindman) told The Defiant that the volume generated by this first LINK pool was incredibly exciting as the platform prepares to deploy the forthcoming pools with gradually raised and ultimately removed caps.

The next v2 pools for Bancor will be for Aave’s LEND, REN, renBTC, and also includes Synthetix’ SNX. BancorDAO is set to offer BNT staking in a few weeks’ time.

Total value locked in Bancor has reached a two-year high of $28 million, although this is only about half of its all-time high according to DeFi Pulse. Its native BNT token has also hit a high of $2, a price it hasn’t seen since August 2018.

To keep pace with the rapidly evolving DeFi space, the Set Protocol is also prepping a v2 upgrade.

TokenSets was launched in April 2019, and the protocol allows for the creation, management, and trading of these ‘Sets’ of ERC-20 tokens that represent a portfolio or basket of underlying assets.

This year, it launched a social trading platform and is currently home to 15 ‘Robo Set’ strategies and over 30 professional traders offering more than 50 different trading strategies.

In a recent blog post, marketing head Anthony Sassano (@sassal0x) highlighted the evolution of the project as it moves towards a v2 release, stating:

We find through our experience with building Set that there are many users hungry to gain automated exposure to DeFi — whether it be via buying a Robo or Social Set, trading a token, or farming some yield.

The new version will feature multi-asset support which encompasses a range of different assets including all the top DeFi tokens, additional stablecoins, liquidity provider tokens, and synthetics.

Yield farming support and opportunities will also be introduced to the TokenSets platform as DeFi gains more momentum.

With soaring Ethereum network fees, buying or selling Sets has become quite costly. With this in mind, and unlikely to change in the near future, gas costs will be reduced on the new iteration of the platform.

Managers and developers will get more flexibility with the new Set Portfolios, more trading types, and enhanced protocol integrations to bring onboard popular DeFi protocols such as Balancer, Curve, Synthetix, AAVE, and Compound.

There has been no timeframe for the full launch of v2 and the blog simply stated that these features will start rolling out incrementally over the next few months. The Set Protocol has no native token but is currently at an all-time high in terms of total value locked at just over $23 million.

Yet again, DeFi markets have tapped a new all-time high in terms of TVL at $4.3 billion, though there have been no major movers or shakers over the past 24 hours.

Maker has extended its market share marginally to 31.4% as TVL on the leading platform hits $1.35 billion. The rest have moved very little over the past 24 hours. The only two adding double-digit collateral on the day are Kyber and dForce.

In another interesting development from this morning, Opyn has dumped 40% of its TVL as a recent exploit resulted in the loss of $371k in USDC.

Here is an overview of the incident affecting ETH Put contracts. No other contracts are affected. ~371k USDC was lost. We worked with @samczsun to whitehack, securing ~439k USDC. Affected users, please see below. Full post-mortem coming in next few days.https://t.co/ILNutAiqfU

The irony is that Opyn is a decentralized insurance platform designed to offer protection from risks associated with DeFi. Opyn reacted quickly and issued a statement saying it had removed liquidity from Uniswap during its investigation.

Bitcoin (BTC) Breaks Out of 331-day Resistance Line. Is a Significant Bounce Incoming?