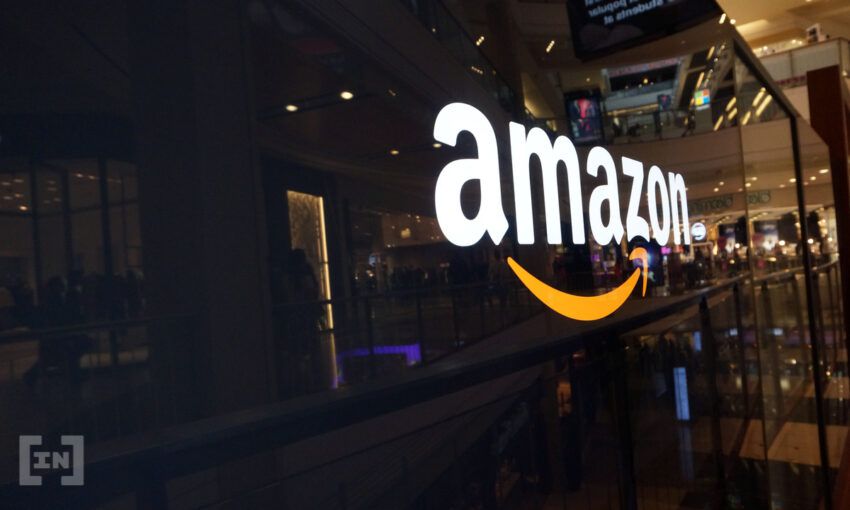 U.S. e-commerce giant Amazon may get into nonfungible tokens but has no immediate plans to allow cryptocurrencies to be used as payments according to the company’s chief executive.

Speaking to CNBC on April 14, Amazon CEO Andy Jassy said that the online shopping behemoth is not even close to enabling cryptocurrencies for retail payments on its platform.

He did acknowledge that the crypto industry and market are likely to get even bigger:

“We’re not probably close to adding crypto as a payment mechanism in our retail business, but I do believe over time that you’ll see crypto become bigger and its possible.”

Additionally, he mentioned that the firm may get involved with the sale of NFTs saying that he thinks they have “really started to take off.”

I don’t own any NFTs or Bitcoin myself, Jassy said in the “Squawk Box” interview with Andrew Ross Sorkin. He quickly turned the discussion off Bitcoin and back to NFTs, commenting that “I expect that NFTs will continue to grow significantly,”

When asked if Amazon would consider selling NFTs, he said “Yes, I think it’s possible down the road on the platform.” Rival e-commerce platform eBay has already permitted NFT sales on its platform last year and it was also looking into crypto payments options.

The retail giant had previously signaled an interest in blockchain and cryptocurrency seeking a digital asset expert for its payments team last year.

Amazon appears to be more focused on keeping its retail business profitable amid rising costs than implementing new forms of payment. Earlier this week, the company announced a new 5% “fuel and inflation surcharge” for sellers starting on April 28.

Last month, it was reported that Amazon had launched a Metaverse game called Cloud Quest on its web-dominant AWS platform.

Monthly volumes on the world’s most popular NFT marketplace, OpenSea, have fallen for the third consecutive month. March saw volumes of $2.48 billion on the platform, down from the record $4.96 billion in January.

OpenSea sales so far in April total $1.47 billion according to Dune Analytics.

NFT trading volumes have remained at about $35 million in daily sales for the past few days according to Nonfungible.com. It also reports that the Bored Ape Yacht Club collection remains the most popular with $47 million in weekly sales.