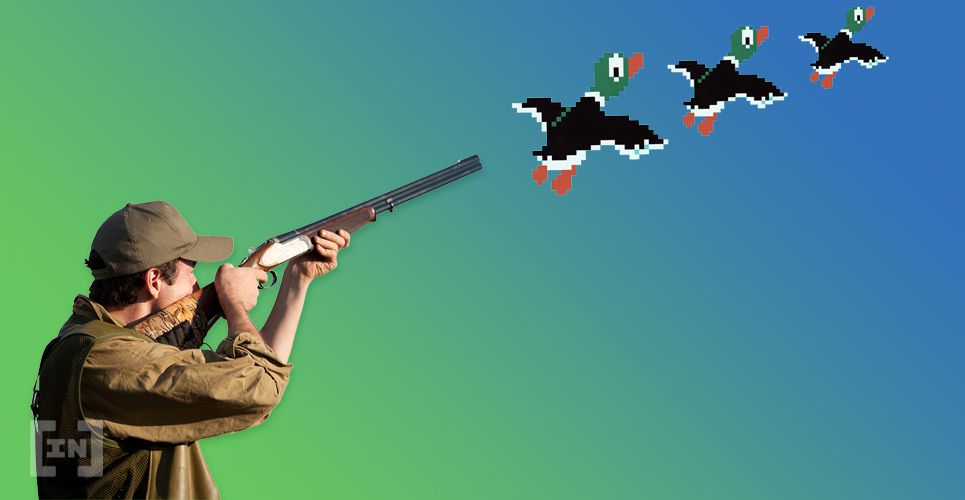 The prices of some altcoins have been increasing throughout 2019. However, their rate of increase has lagged well behind that of Bitcoin. This has caused Bitcoin’s rate of dominance to increase significantly. While many people have been calling for the beginning of an ‘altseason’ for quite some time, the gains are yet to be seen.

However, some alternate coins — most notably, Stellar — have increased. Additionally, others have shown signs of beginning upward trends.

Technical analyst and creator of the “Waves & Particles Trading System” Mitoshi Kaku suggested the possibility of an uptrend for several altcoins.

Ichimoku on the 1W for all suggest the possibility of a nice trend, or a 6 month accumulation. #CryptoIkagi March-April 2020. https://t.co/yZQEPRqeim pic.twitter.com/NBW49gV7zs

According to him, the Ichimoku cloud indicator on the weekly time-frame suggests the possibility of an uptrend for XRP, Litecoin (LTC), Ethereum (ETH) and Cardano (ADA). (However, the pictures attached in the tweet are of the monthly time-frame, with the projected period of the uptrend highlighted.)

Let’s look at the coins individually — along with the Ichimoku cloud — and analyze this possibility.

Looking at the XRP price, we can see that it has posted a bullish close for six weeks in a row.

This has caused it to move way above the conversion line (blue). Additionally, the latter has started to turn upward — possibly indicating that a bullish cross will occur.

Also, the Ichimoku cloud is very far from the price — allowing for the possibility that the XRP price will increase until it reaches it.

In early 2019, the XRP price traded within the extremely thick cloud but failed to break out above. 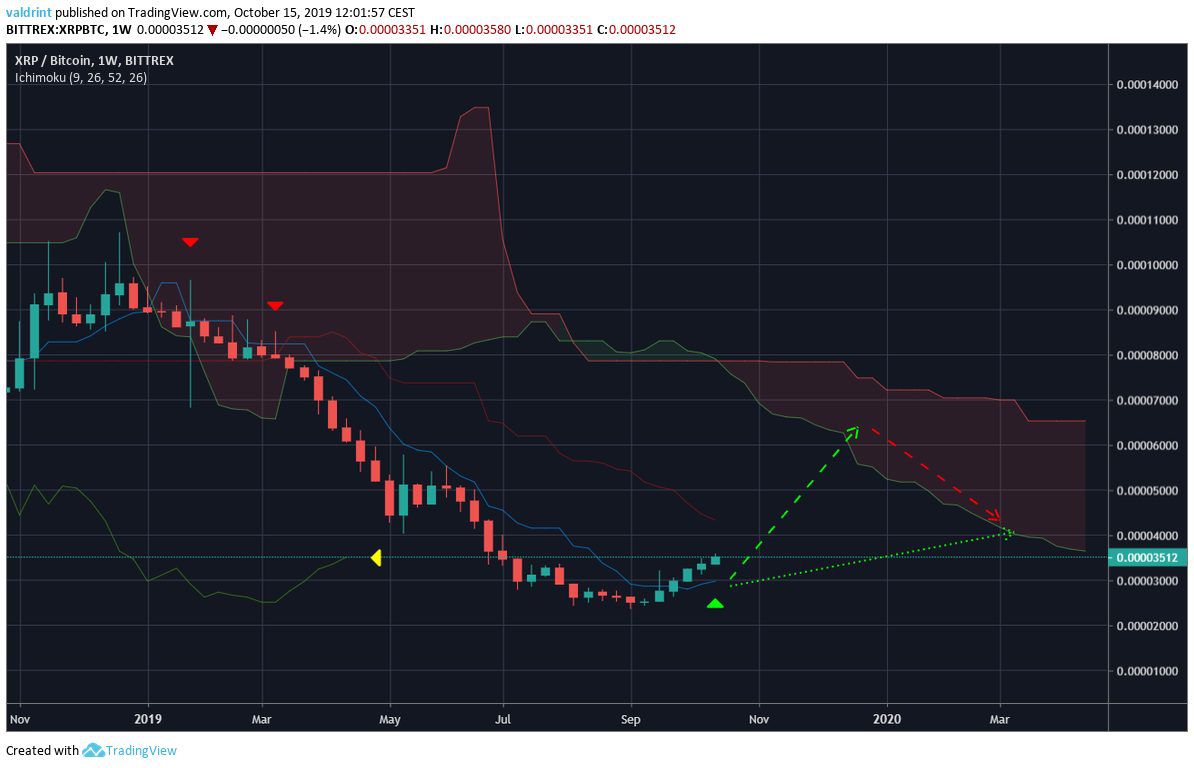 However, there are a few bearish indications:

The price of LTC is in a different position than that of XRP. It is below the conversion line, facing very close resistance from it. However, the projected cloud is positive until February of 2020.

This hypothetically allows for a breakout above it — until it turns bearish. 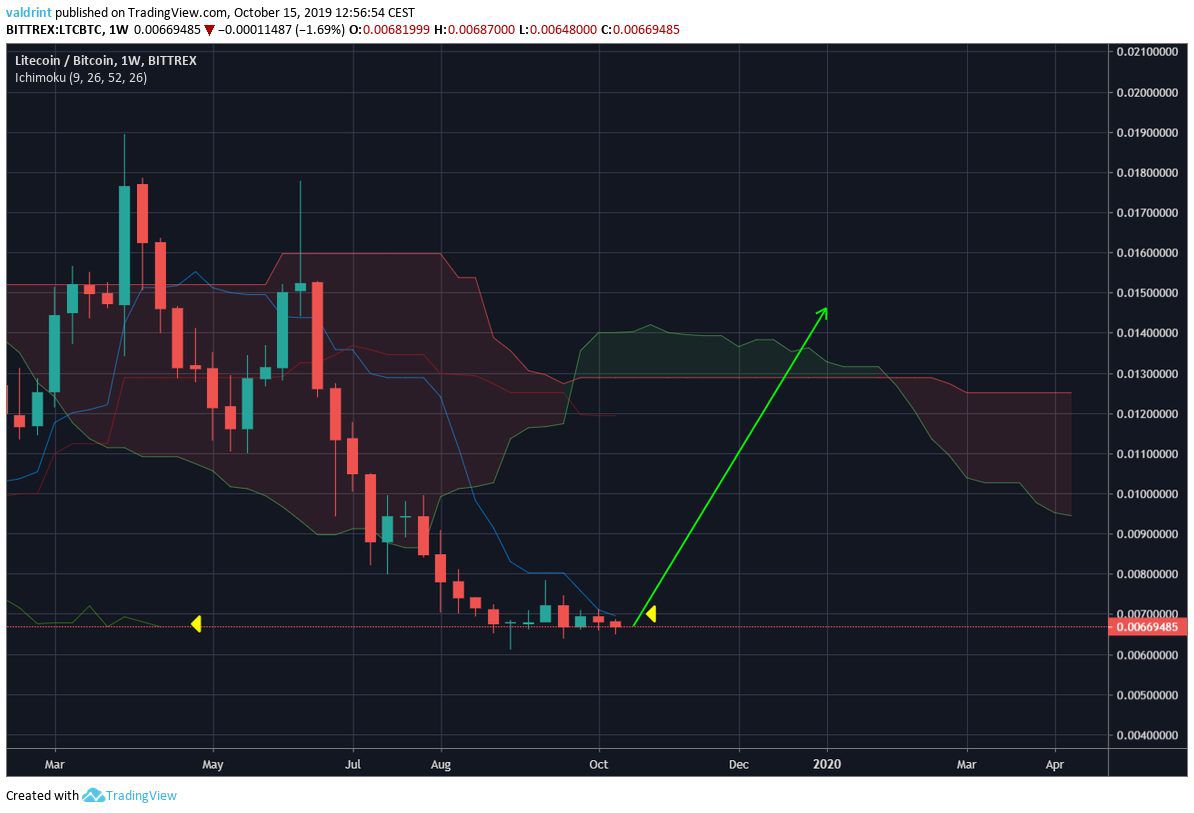 The price of Ethereum has increased significantly for the past seven weeks — moving well above the conversion line.

While the negative cloud is thick, it gets thinner throughout January and February — indicating weakened resistance.

However, it is not far above the price — potentially only allowing for a very gradual increase. 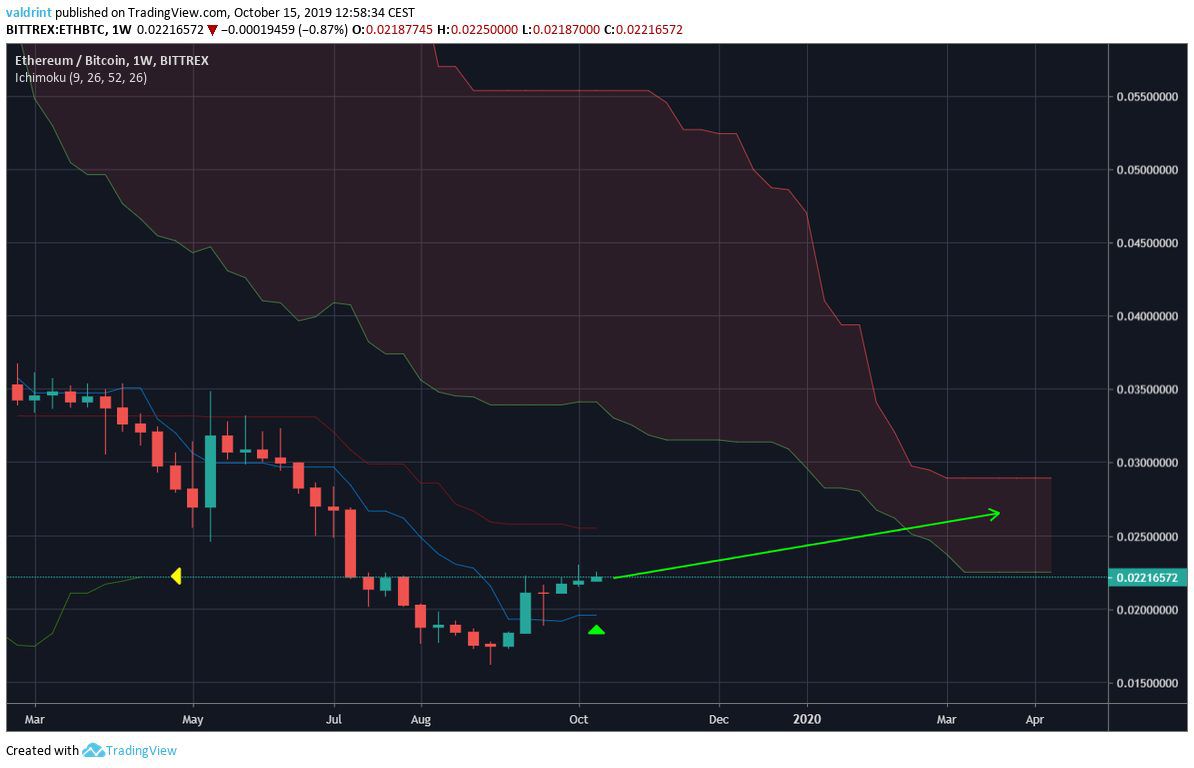 Again, the Ethereum price is below the baseline and the lagging span is below the price — both negative signs.

Finally, looking at the price of Cardano gives us similar bullish and bearish signs.

The ADA price has moved above the conversion line for the first time since April 2019.

Additionally, the cloud is very thin and is a long distance away from the current price. This is unlike the period from March – July — when the price was rejected by the cloud.

The current position would allow for a gradual uptrend until April 2020. 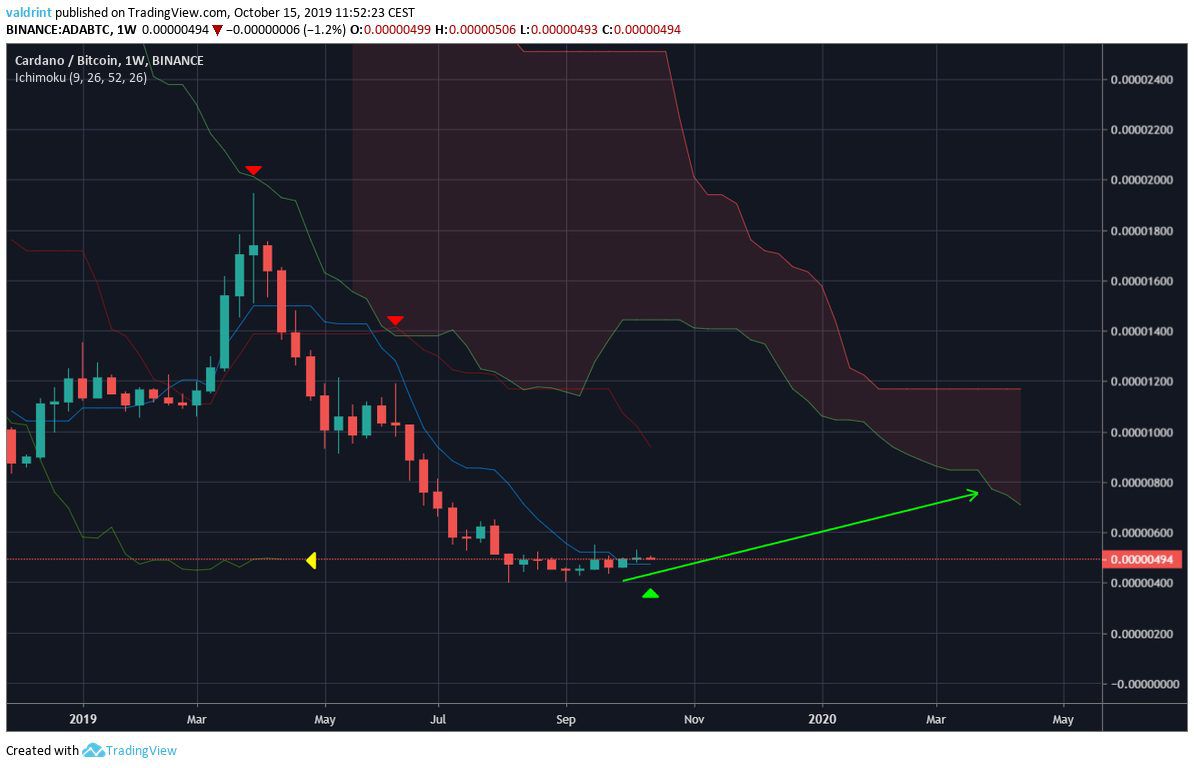 However, the projected cloud is still bearish. The price is below the baseline and the lagging span is below the price. These are all bearish signs.

Similar to what Mitoshi Kaku said, the position of the Ichimoku cloud allows for a gradual uptrend for periods between five and seven months.

An interesting observation is a fact that, for all four altcoins, the lagging span is below the price. This is a sign that the uptrend has not yet begun.

Which one of the four coins do you think will perform the best until April 2020? Let us know in the comments below.