Around 500,000 Tezos (XTZ) was just deposited into Binance. The reason may be due to staking, which was released by Binance last week for Tezos.

A deposit into Binance may be an indicator of what’s to come. One user just deposited some 500,000 XTZ ($800k) into Binance from an unknown wallet

Many are speculating that the deposit is an indication that more big players will be depositing Tezos into Binance. The leading cryptocurrency exchange announced zero-fee staking on its platform six days ago. The rewards for staking are distributed on the 20th of every month and make the entire process much easier. As one user put it, “free staking is sending customers to Binance.”

However, if the deposit is not for staking and is just sold on Binance, it’s not enough to cause a significant price decline. Tezos boasts some $69M in trading volume at the time of writing, so this 500,000 XTZ is just a tiny fraction of the overall market. Binance’s trading pair for XTZ against Bitcoin and Tether (USDT) alone accounts for some $16M in trading volume. 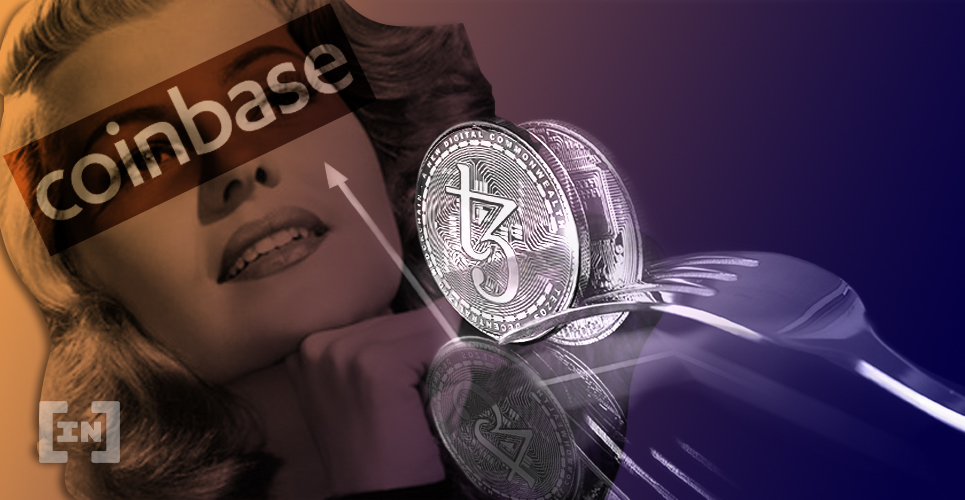 Binance likely began to support Tezos staking after seeing Coinbase did the same last month. Although users can stake Tezos on their own or use a delegated staking service, Coinbase and Binance offer an easier model for beginners. Coinbase, however, does take cut despite promising an annual return of five percent with payouts every three days. It remains to be seen if other large players in the cryptocurrency industry will begin depositing their Tezos on exchanges for feeless staking. The recent Binance deposit could be the start of a new trend.

Currently, Tezos boasts a staking reward rate of around 6.18 percent annually. It is considered safe, since the investor keeps full control of his or her private keys while staking. Staking can be done directly inside the Tezos wallet.

The Tezos (XTZ) price has been decreasing since reaching a peak of 25,520 satoshis...

The Tezos (XTZ) price has increased by 130 percent since the beginning of November....

Bitcoin 2018 Fractal Suggests Price Is Accumulating Before a Breakout