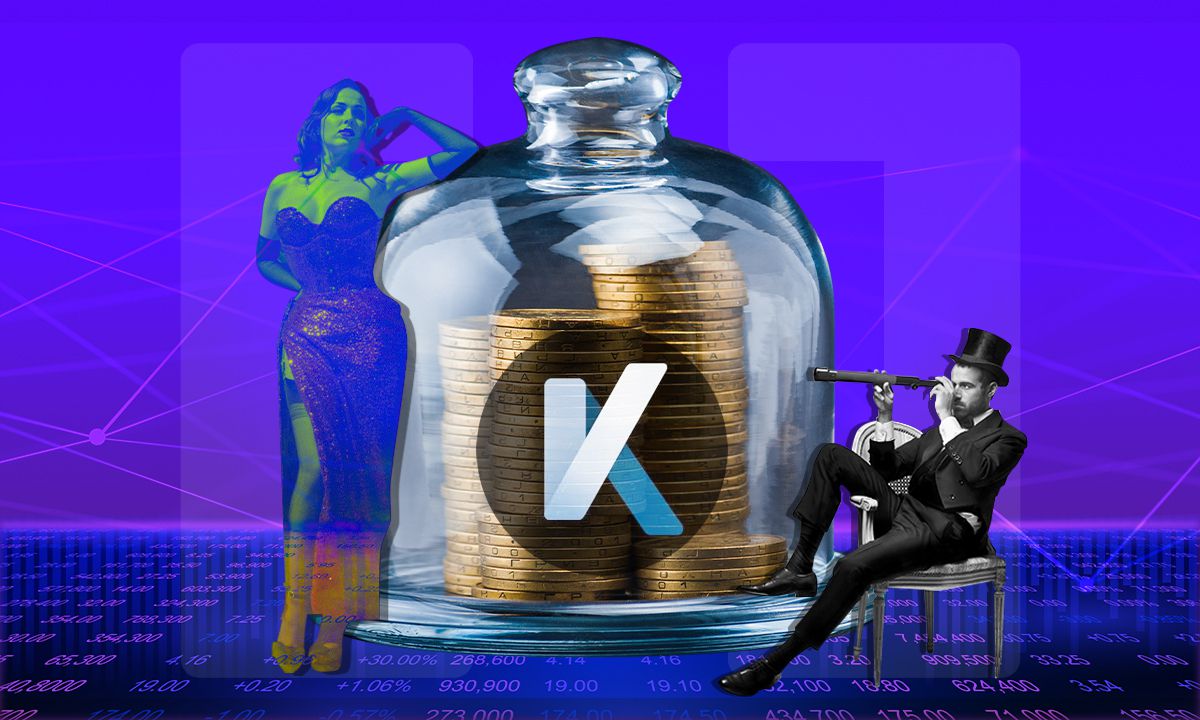 In this series of articles, BeinCrypto explores the state of various cryptocurrency ETFs in the United States. This particular article will focus on the Kryptoin bitcoin ETF, which was first introduced in 2019.

Kryptoin’s bitcoin ETF has been in the news since 2019 and may find approval alongside the cryptocurrency market’s success in 2021.

Institutional involvement in bitcoin and other cryptocurrencies has ramped up in recent years. The turning point for this change was introducing the world’s first bitcoin derivative products by Cboe and CME in late 2017.

In the years between then and now, several other reputable names in finance have also joined the cryptocurrency bandwagon. These include Intercontinental Exchange, the company that operates the New York Stock Exchange (NYSE).

Several crypto-oriented hedge funds have also emerged of late. The most notable being Grayscale Investments. A recent forecast estimated that hedge funds would increase its exposure to cryptocurrency to 7% within the next five years.

However, the average individual isn’t likely to approach a hedge fund or similar high-profile investment offerings.

Instead, they’re much more likely to invest in a retail or consumer-focused product, similar to how index funds work in the world of traditional finance.

To that end, a handful of North American companies have been trying to launch their own Exchange Traded Funds (ETFs) that track bitcoin or ethereum’s price instead of a stock market index.

The Kryptoin Bitcoin ETF is a financial product sponsored and launched by Kryptoin Investment Advisors LLC — a Delaware-based company.

The firm is headed by Jason Toussaint, who was once the CEO of World Gold Trust Services. Most notably, the firm is the sponsor of the world’s largest Gold ETF, the SPDR Gold Shares (GLD).

Toussaint has also taken up ETF and investment roles at Morgan Stanley and JP Morgan Asset Management in the past.

If approved, Kryptoin’s ETF would be listed on the CBOE BZX exchange, according to the firm’s S-1 filing with the SEC on April 9.

Notably, prior applications indicated that the firm was initially looking to be listed on the NYSE instead.

According to a filing published by the United States Securities and Exchange Commission (SEC), the ETF will trade under the KBTC ticker symbol.

In addition, the firm has stated that Gemini, the cryptocurrency exchange owned by the Winklevoss twins, will act as its custodian for any BTC acquired for the ETF. The Bank of Mellon New York, meanwhile, will serve as Kryptoin’s transfer agent.

On April 23, the SEC acknowledged that it had received Kryptoin’s ETF application and said it would begin the review process.

At that point, the commission had 45 days to either approve, deny or extend the review time for the application. Thus, in total, the agency cannot take longer than 240 days to make a decision.

How does Kryptoin intend to operate the ETF?

Since the cryptocurrency market trades 24/7 and across many exchanges worldwide, fund operators need to settle on an accurate and acceptable rate to their investors.

In its S-1 filing with the SEC, Kryptoin disclosed that it had been licensed to use CME’s Bitcoin Reference Rate (BRR) to measure bitcoin’s price.

Using CME’s BTC Reference Rate means that Kryptoin’s ETF will update its prices once a day. This instead of tracking the cryptocurrency market in real-time.

The metric considers several factors, including the prevailing trading price at large cryptocurrency exchanges over the preceding time period.

As a result of this diversification, CME’s Bitcoin price considers billions of dollars worth of trading volume rather than just the spot price on any one cryptocurrency exchange.

Having said that, a daily snapshot of bitcoin’s price is a double-edged sword.

On the one hand, it shields retail investors from sudden changes in bitcoin prices. This solves the common complaint of volatility.

On the other hand, however, it also prevents investors from buying or selling at opportune moments. Still, given the passive nature of most ETF investors, it’s likely that Kryptoin’s market research has found that this approach is the best middle ground.

As of June 2021, the SEC is currently evaluating three separate ETF applications. Namely those from VanEck, WisdomTree, and Kryptoin.

A total of nine applications are sitting with the SEC, including a growing appetite for regulated financial products in the United States.

While Kryptoin had first submitted its bitcoin ETF application in October 2019, it failed to convince the SEC at the time.

This was consistent with all other applications as well. The leadership said that operators did not sufficiently prove they could combat fraud and market manipulation in the cryptocurrency market.

Whether the SEC will approve Kryptoin’s ETF remains to be seen. However, many believe that the fund will be approved alongside others to ensure that one company does not get a head start.

In fact, this is exactly what happened with Grayscale Investments. The aforementioned hedge fund that first began accepting clients in 2019.

Greyscale, Kryptoin and the SEC

While the difference is often around the 5% to 10% mark, it has exceeded 30% on occasion as well. This is because Grayscale dominated the regulated financial offerings market and had a limited number of competitors.

Today, Grayscale’s GBTC premium is much lower. This indicates that the market has finally caught up with the demand.

But, the same will eventually happen in the ETF space. Especially now with the increasing interest from multiple firms.

As for Kryptoin in particular, it is notably among the few ETFs that have listed all service providers in its application to the SEC.

However, the SEC has not declined any ETF for lack of credibility in the past. Instead, it alleges that the crypto market’s overall lack of transparency is a bigger issue.

A lot has changed since the SEC’s string of bitcoin ETF rejections in 2019 and 2020, though.

A member of the SEC, Hester Peirce, has stated that approval is long overdue. In an interview earlier in 2021, Peirce said,

“It’s well past time that we approve an exchange-traded product in Bitcoin. We have a lot more information now than we did. I’m hopeful that because we have a new chairman and one that’s interested in this space, we’ll have a chance to take a fresh look.”

The future of Kryptoin’s bitcoin ETF

On June 9, 2021, the SEC posted a notice stating that it would need additional time to review Kryptoin’s ETF. This is a strategy the agency has used several times, with WisdomTree’s ETF being delayed in the same month.

Nevertheless, the decision to approve or deny these applications will be made by the end of this year. For now, the SEC has invited public discourse on the ETF applications. Kryptoin’s ETF has received two such comments.

One individual has submitted a lengthy rebuttal against the growing demand for cryptocurrency ETFs. They ended with, “There is something more liquid than bitcoin, and it is the dollar. You can never pay tax with bitcoin.”

Meanwhile, the other comment speaks favorably of bitcoin ETFs. It pointed out that the general public deserves a low-cost and risk-free adoption method. After all, large firms and hedge funds can already hold cryptocurrency without restrictions.

With this much contention in public view, the SEC’s decision will be a landmark and historic moment in bitcoin history.