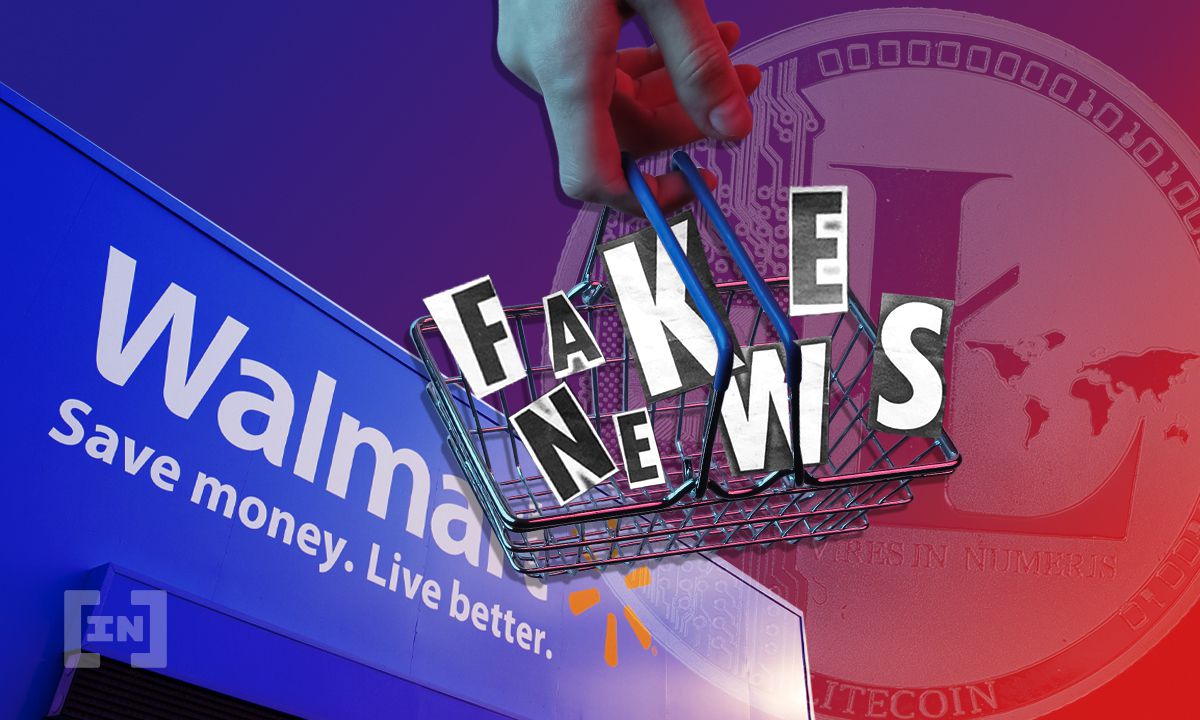 Walmart said it would be investigating the fake press release announcing a partnership with Litecoin, that briefly spiked the altcoin’s price.

On Sept 13 at 9:30 a.m. EST, GlobeNewswire published a press release announcing a partnership between the world’s largest retailer and the moderately used cryptocurrency.

The announcement stated that Walmart would start letting its customers pay with Litecoin. Several reputable news outlets covered the story, including Reuters, CNBC, and Bloomberg News, which fueled a rise in the price of the cryptocurrency.

But within an hour, Walmart denied the statement, erasing any gains the coin had achieved. Litecoin also confirmed later that the statement was false. Now, all parties involved are looking into preventing another such mistake.

For instance, just after GlobeNewswire published a notice to “disregard” the news release, it said it put in place enhanced authentication steps to prevent a similar incident from occurring in the future. “We will work with the appropriate authorities to request – and facilitate – a full investigation, including into any criminal activity associated with this matter,” GlobeNewswire said.

Meanwhile, Litecoin Foundation head and Litecoin creator Charlie Lee said that the hoax was being investigated but little progress had been made. Although the Litecoin Foundation said it had no information on where the news release had originated, Lee admits that they “screwed up” by retweeting the initial announcement.

“We try our best to not tweet fake news and this time we really screwed up,” Lee said. “I deny that it has anything to do with us and we’ll try our best to figure out who did it — and we will stop fake news from spreading.” He added that the Litecoin team would be adding stricter controls on its social media accounts “so that something like this doesn’t happen again.”