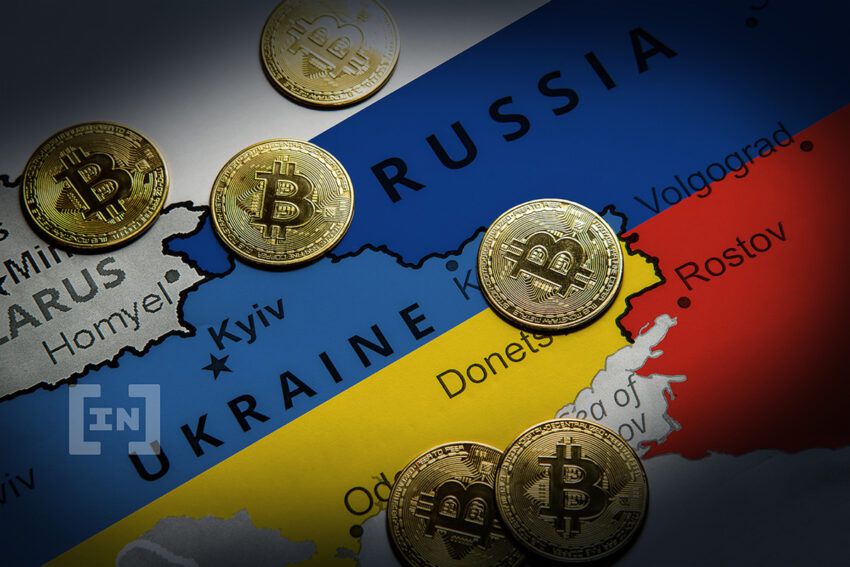 Russians are moving out of Russia and taking their money with them, but crypto has not yet felt the effects, according to blockchain data.

Russia’s invasion of Ukraine precipitated a mass exodus from both countries. Migrants and refugees turned to crypto to take their savings with them, hoping to keep their money safe until it could be converted to fiat money.

Despite initial surges in trade volume on the back of Russia’s invasion of its neighbor, this has had little effect on the overall crypto market, data from blockchain analytics firm Crystal Blockchain shows.

Bitfury’s Crystal Blockchain is a comprehensive analysis tool that utilizes complex analytics to give organizations a holistic view of the ecosystem.

After monitoring the wallets on major cryptocurrency exchanges and peer-to-peer marketplaces like Paxful, Crystal Blockchain noticed that there were no notable increases in on-chain activity, with transactions steadily decreasing, and flows of digital assets dwindling since the war began.

“We believe that the reduction is likely due to overall market conditions, as prices cooled in late 2021,” said Nick Smart, Crystal’s Director of Blockchain Intelligence.

It is important to recall that the major global exchanges which used to support ruble-trading pairs implemented their own sanctions against Russian users shortly after the war began.

Chainalysis had also noted earlier in a blog post that daily Russian ruble trade volume shot up immediately following the invasion, growing over 900% to over $70 million between Febr 19 and 24, its highest recorded growth since May 2021.

However, activity has continued to decline with occasional spikes since then, the firm stated.

Chainalysis also noticed a spike in activity for Russian whales, or crypto wallets holding large balances. This was attributed by the firm to Russian users. Chainalysis noted that those wallets sent more than $62 million in cryptocurrency to other addresses during March.

Most of these addresses were associated with OTC desks and exchanges, hence the firm said it is difficult to know what this could mean, and whether or not the spending was connected to sanctions evasion.

Crystal Blockchain says that although crypto will become more popular in Russia, it will still be used only as an “informal value-transfer system” in the near future.