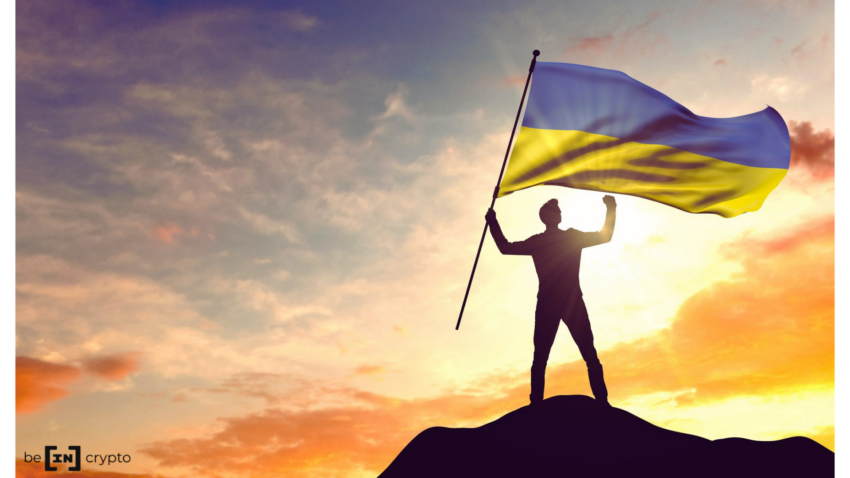 The conflict in Ukraine is helping to define Bitcoin as a non-sovereign store of value, according to a CoinShares special report.

With crypto markets down but still trading roughly the equivalent of the London Stock Exchange on a daily basis, CoinShares analyst James Butterfill underscored Bitcoin’s maturation.

“It has become a liquid, globally traded instrument that looks to be particularly attractive to those individuals who are in conflict zones or in economic mire,” he writes.

Butterfill highlights the current example of Ukrainians and Russians, for whom banks are not functioning properly given the ongoing conflict and reciprocal sanctions, adding to the already high risk of transporting physical cash. Naturally, cryptocurrencies suddenly seem like a very feasible alternative, which Butterfill notes, “has been a concept rarely tested until now.”

According to CoinShares data, Ukrainian crypto trading rose 107% since the conflict began. Meanwhile, this figure has risen to 231% in Russia with the collapse of the ruble and its banking system becoming increasingly isolated.

Combined, daily trading volumes for Russian and Ukraine have risen to $80 million. The report detailed that this had mainly been occurring against the crypto pairs USDT and BUSD, commonly used US Dollar stablecoins.

However, Bitcoin and Ethereum were also noted.

According to the report, Ukrainian refugees have been using cryptocurrencies due to their stability relative to domestic currencies and portability, which the report notes enables them to cross borders without risk of confiscation or theft. In fact, it details “a trend across geographies, where countries of high political instability tend to have higher growth in Bitcoin volumes.”

Besides Russia and Ukraine, the report also acknowledged similar behavior in Nigeria, Turkey, Brazil and Mexico. Canada was a notable exception, which Butterfill attributed to “Justin Trudeau’s misguided policies that limited protesters’ access to their bank accounts.”