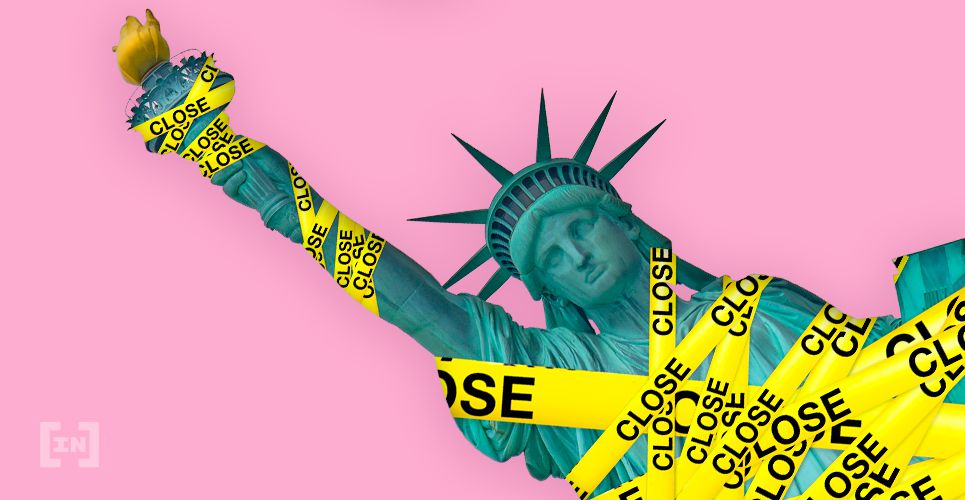 Hardline regulations have a tendency to light a fire under refuseniks, who find ways to circumvent sanctions and evade red tape. It’s been that way since the dawn of centralized government and can be seen today in the cryptosphere, where regulatory overreach is prompting innovative solutions to America’s restrictive trading environment.

The news that crypto exchange Poloniex is packing up its US operations after less than two years should come as no great surprise: it’s part of a broader industry trend which is seeing centralized exchanges (CEXs) shut up shop in the face of exhausting regulatory pressure. US citizens keen to keep trading digital tokens have been left scrambling for a solution, with decentralized exchanges (DEXs) well-placed to fill the vacuum on a long-term basis.

The decentralized finance (defi) ecosystem based on public blockchains is predicated on the idea that barriers to access financial services (location, status) should fall. Now, a slew of forward-thinking entrepreneurs are launching simple trading interfaces on decentralized smart contract-based systems that even hawkish US regulators can’t touch.

How DEXs Can Fill the Void

For proof that decentralized exchanges are ready to step into the breach, you need only look at the likes of Uniswap and Bancor: user-friendly portals that permit anyone to easily interact with token trading smart contracts on-chain, without regulators breathing down their necks and threatening sudden service withdrawal.

These exchanges will continue to flourish, because they benefit from the usual non-custodial advantages of DEXs while exhibiting superior UX and deeper liquidity than previous decentralized offerings. The user experience is perhaps not on a par with centralized exchanges, but then CEXs have run this game unimpeded until now. The spotlight on DEXs, meanwhile, is brightening.

Statesiders in a panic about the imminent closure of Poloniex, as well as those frustrated by increasingly invasive AML/KYC procedures, need only connect an Ethereum browser wallet to access Uniswap or Bancor before trading ERC20 assets such as LINK, DAI, BAT, BNT, and LOOM to their heart’s content. Incidentally, Poloniex users have until December 15 to pull out their assets, with trading suspended entirely six weeks before that, on November 1.

The same restrictive legislation that have caused Bittrex to delist dozens of tokens for US-based traders may cause some users to wonder whether the long arm of the law can kibosh their contingency plans: namely their ambition to continue trading using the aforementioned DEXs (or even others like Dolomite or Dex.blue). However, because the Uniswap and Bancor protocols do not exist as single implementations, at the mercy of website geo-blocking, there is less risk: third parties can simply create their own instances, permitting truly borderless access.

But aren’t DEXs governed by the same laws as CEXs in North America? Technically, yes – unless the exchange in question is sufficiently decentralized and ran by its community rather than by an easily identifiable team. Interfaces based on decentralized smart contract-based systems, therefore, have a major advantage over their CEX counterparts.

Challenging a “Cornerstone of Control”

Of course, not all reactionaries to regulatory forces are youthful upstarts. Outspoken software magnate John McAfee has recently gotten in on the act, launching a decentralized exchange dubbed McAfeedex. The announcement gained headlines when McAfee proudly revealed that the white-label exchange requires “no name, no documents, no email, no bank info.” Assuaging any fears that he might simply be trying to turn a profit by jumping on the defii bandwagon, the anti-virus tycoon spoke about creating “a door that frees us from the government’s cornerstone of control: fiat currencies,” boasting that McAfeedex “can’t be shut down.”

Of course, McAfee has been a long-time critic of regulators and fled the country at the turn of the year, claiming authorities were after him because he “speaks the truth about how we can throw off the yoke of a burdensome government.” Although it’s early days, McAfeedex could be a venture that creates a meaningful legacy. It certainly makes the right noises so far as privacy is concerned.

Few will expect US regulatory restrictions (or US trading demand for that matter) to suddenly or gradually abate. As long as decentralized exchanges can iron out their kinks – speed of order matching and UX, to name but two – they could conceivably capitalize on both the closure of CEXs and a growing longing for greater privacy and security.

[Full Disclosure: This article was not authored by BeInCrypto. It is a guest submission that we have chosen to publish because we feel it may be of interest to our audience.]