Futures contracts are literally agreements to buy or sell an asset on a future date and for a fixed price.... More and margin trading into the mix. That is why we’ve compiled the ultimate resource for understanding what fees you actually have to pay when trading with leverage on a variety of platforms.

In this article, we examine some of the leading cryptocurrency exchanges that offer margin trading to find out which ones have the most expensive fees for staying in a long/short position. The results may surprise you.

BitMEX was founded in 2014 by Arthur Hayes and operates as a peer-to-peer exchange that offers margin trading.

The platform also has one of the most interesting fee structures for margin trading — so let’s break it down. 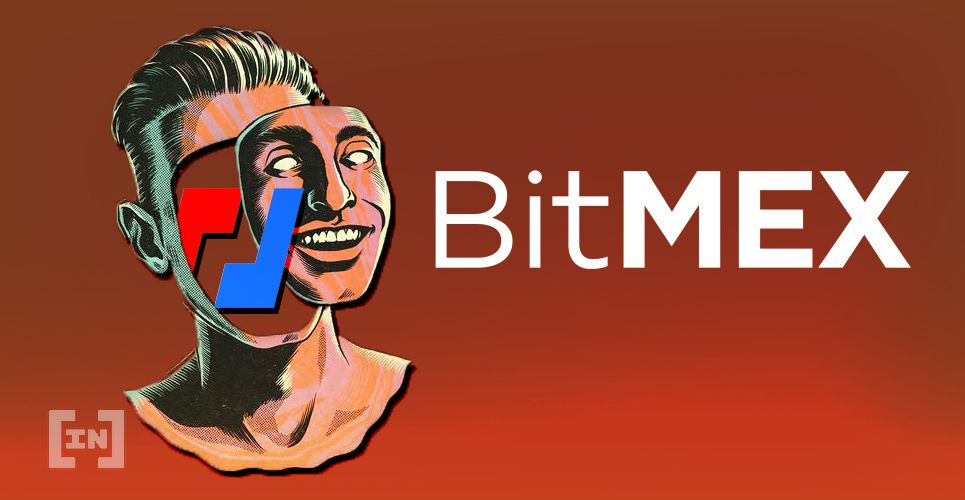 On the traditional futures front, BitMEX’s fees are rather straightforward:

BitMEX is the most famous (or infamous) platform to trade perpetual contracts for major cryptocurrencies, particularly XBTUSD.

However, not everyone who uses the platform understands the funding fee that is exchanged between longs and shorts every eight hours.

Who exactly pays this funding fee for perpetual contracts depends on the expectations of the market:

The most interesting note that BitMEX doesn’t exactly advertise is that those who are not in a position at the exact moment that funding is exchanged don’t participate in the process — meaning they are neither paid nor charged.

Additionally interesting is the fact that the funding fee is disclosed eight hours before it actually happens. This allows astute traders to exit a position from which they would be charged a fee moments before it is charged and then re-enter that same position moments later with no fee being charged. The same works in reverse, when traders could enter a position set to receive a fee and then exit it immediately after.

However, it is extremely time-consuming and difficult to actually take advantage of the funding fee system in an above-mentioned manner, and not really worth your time.

If you want to open an account on BitMEX, you can do so by following this link. 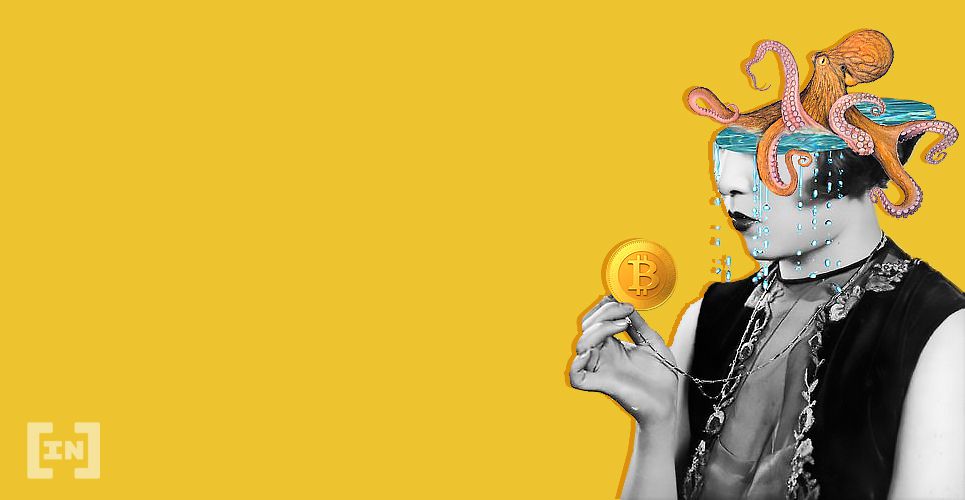 Kraken also uses a maker/taker fee structure for its trades.

However, these fees change based on an individual user’s 30-day trading volume. This means that traders pay lower fees for trading larger amounts of volume over a month-long period.

In addition to the margin fees illustrated above, the standard fee for the opening and closing volume of a margin position is also applied. However, this fee can be averted when choosing to settle a position instead of close a position.

Kraken charges fees on the total value of an order and does not deduct held collateral from that amount.

Furthermore, margin fees are charged in the borrowed currency. As explained by the platform, itself:

Unlike BitMEX, which operates on a system in which longs pay shorts (or vice verse) every eight hours, Kraken charges a straightforward fee for keeping a position open every four hours.

All contracts are charged a rollover fee of 0.02 percent — except Bitcoin (XBT) and Tether

BUY NOW (USDT), which each carry a 0.01 percent rollover fee. 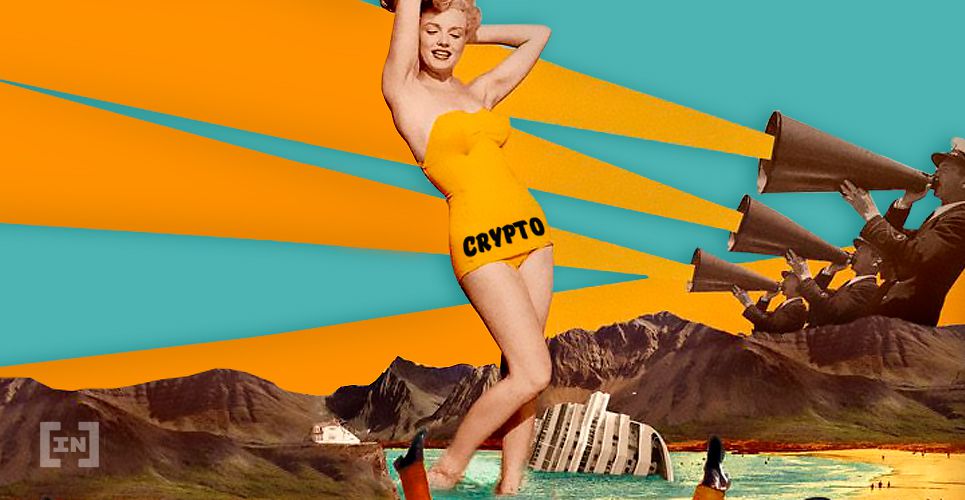 The platform has a complicated fee structure based around which level of “VIP” you are. This level is determined by an individual user’s trading volume over a 30-day period (in BTC) and BNB holdings.

The first three VIP levels’ interest rates and borrowing limits are illustrated below: 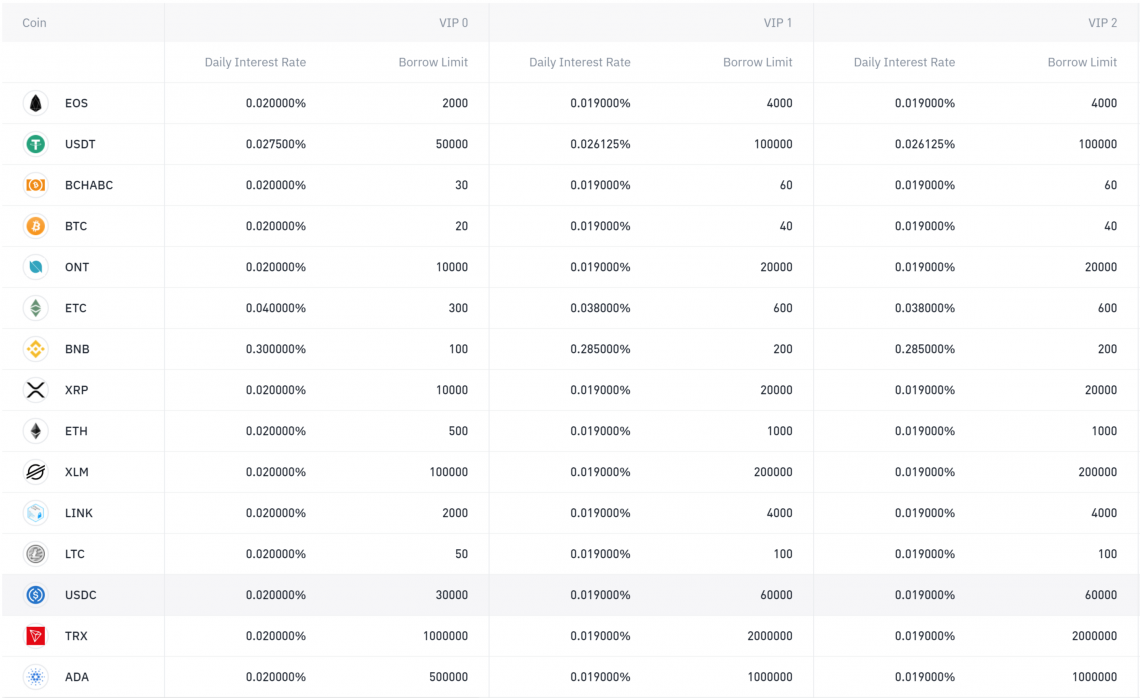 The fees decrease all the way up to “VIP 9.”

If we use VIP 0 as a baseline — which is the most logical thing to do — we can see that daily interest rates on borrowed amounts are all 0.02 percent, which the exception of:

When compared to Kraken’s 0.06-0.12 percent, it is easy to see that Binance has the leg up in the fees department.

If you want to start trading on Binance, follow this link to get signed up. 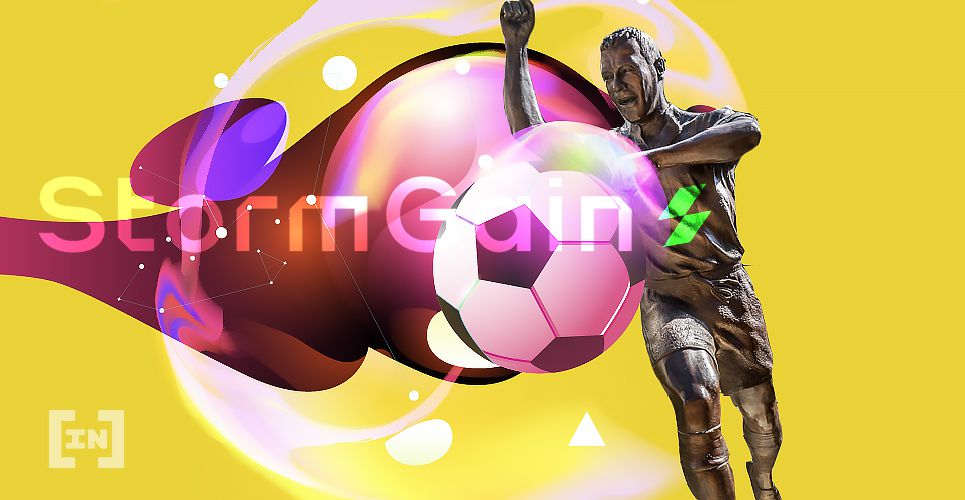 StormGain is a new cryptocurrency exchange that is making waves for its high-profile partnerships and 100x maximum multiplier Bitcoin trading.

It also has a clearly defined fee structure.

Unlike other exchanges like Kraken and BitMEX, StormGain charges its fees for long and short positions on a daily basis:

PrimeXBT is a popular Bitcoin-based margin trading platform that also supports the trading of forex and indices.

The “overnight fees” are essentially the same as any other margin trading fee mentioned in this article (aside from BitMEX’s).

What is not the same is the fact that the fees are not enforced based on a percentage but rather on a flat USD fee per cryptocurrency amount. For example, an open position worth one bitcoin is charged a flat $8 fee overnight. This amount to a 0.084 percent daily fee at current prices. (Bitcoin is valued at $9500 at the time of this writing.)

It is worth noting that a trader can close an open position on the same day and not be subject to overnight financing fees.

With all of the above data laid out, we can clearly see which of the major platforms are the best and worst places to keep open positions active.

PrimeXBT is currently the most expensive place to margin trade Bitcoin, with a fee of 0.084 percent per day to remain in a long/short position. However, this fee is only charged daily and can be avoided by day trading. Furthermore, the fee is actually a flat $8 per Bitcoin, meaning the percentage paid in fees decreases as the price of Bitcoin increases.

Kraken is otherwise the most expensive exchange to maintain a leveraged position, charging a pricey 0.06 percent daily rollover fee for Bitcoin (XBT) and Tether (USDT). The fee is charged every four hours to total 0.06 percent daily, making it hard to day trade without paying any fees. It is even more expensive for margin trading altcoins, which carry a daily rollover fee of 0.12 percent.

StormGain has the least expensive daily rate for Swap Sell positions, at a minuscule 0.004 percent per day. No other exchange with a clearly-defined fee structure charges such a small amount for leveraged short positions.

For leveraged long positions, Binance has the clear edge for most of its trading pairs — including Bitcoin (BTC) — even in its base “VIP 0” tier. More active traders and bonafide whales garner the benefits of even smaller fees.

What do you think of our findings? Where do you prefer to do your cryptocurrency margin trading? Let us know in the comments below!

Disclaimer: The following article is not financial advice and should not be taken as such. StormGain is an exchange partner of BeInCrypto.