The FCT price could soon begin an upward move. If the previous price history is any indication, it will reach a high between 150,000-250,000 satoshis.

On January 8, we posted a tweet outlining the top five projects to keep an eye on in 2020, which are:

Since the tweet went viral, we are going to do an individual analysis for each of the five coins. This is the fifth installment in the series, which will cover FTC.

Throughout the price history of FTC, the 150,000 satoshi area has held the most significance. The price traded above it and validated it as support several times until June 2018, when the price broke down. However, the breakdown proved to be short-lived, since the price reversed and reached a high of 505,000 satoshis by the end of the year.

Finally, there is a possible descending support line that has been in place since 2018. 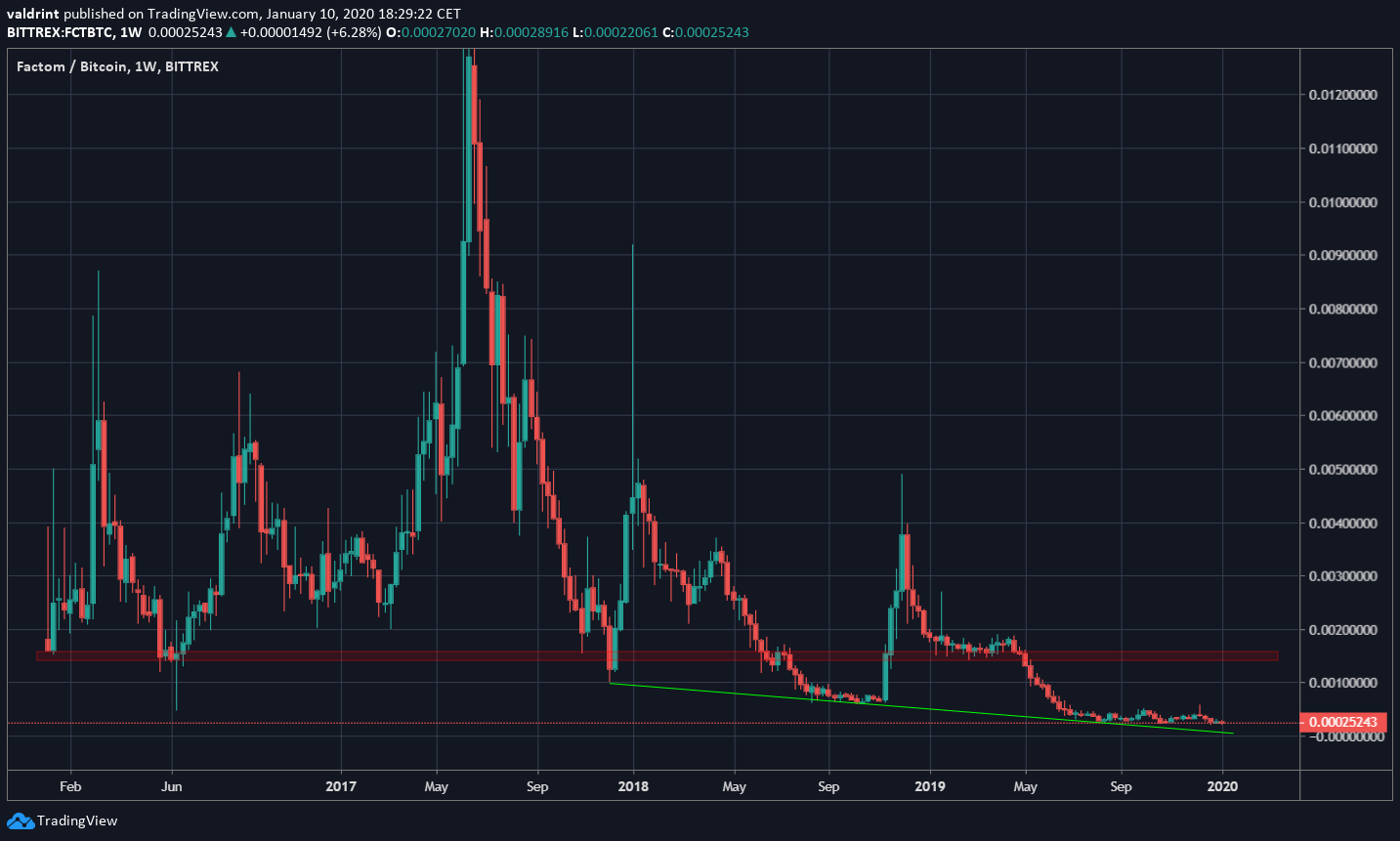 The RSI movement can be helpful in predicting the future price. The 3-day RSI has generated bullish divergence in only three occasions; during November-December 2017, August-November 2018 and an ongoing divergence since July 2019. Each time, an upward movement followed.

The first movement had a magnitude of 453% while the second one causes the price to increase by 672%. Since the divergence for the second movement transpired for a period of time almost twice as long (3 to 1.5 months), we can assume that there is a positive correlation between the length of divergence prior to the upward movement and the magnitude of the ensuing movement.

The current ongoing bullish divergence has been accumulating for six months, indicating that the next upward move could be massive. 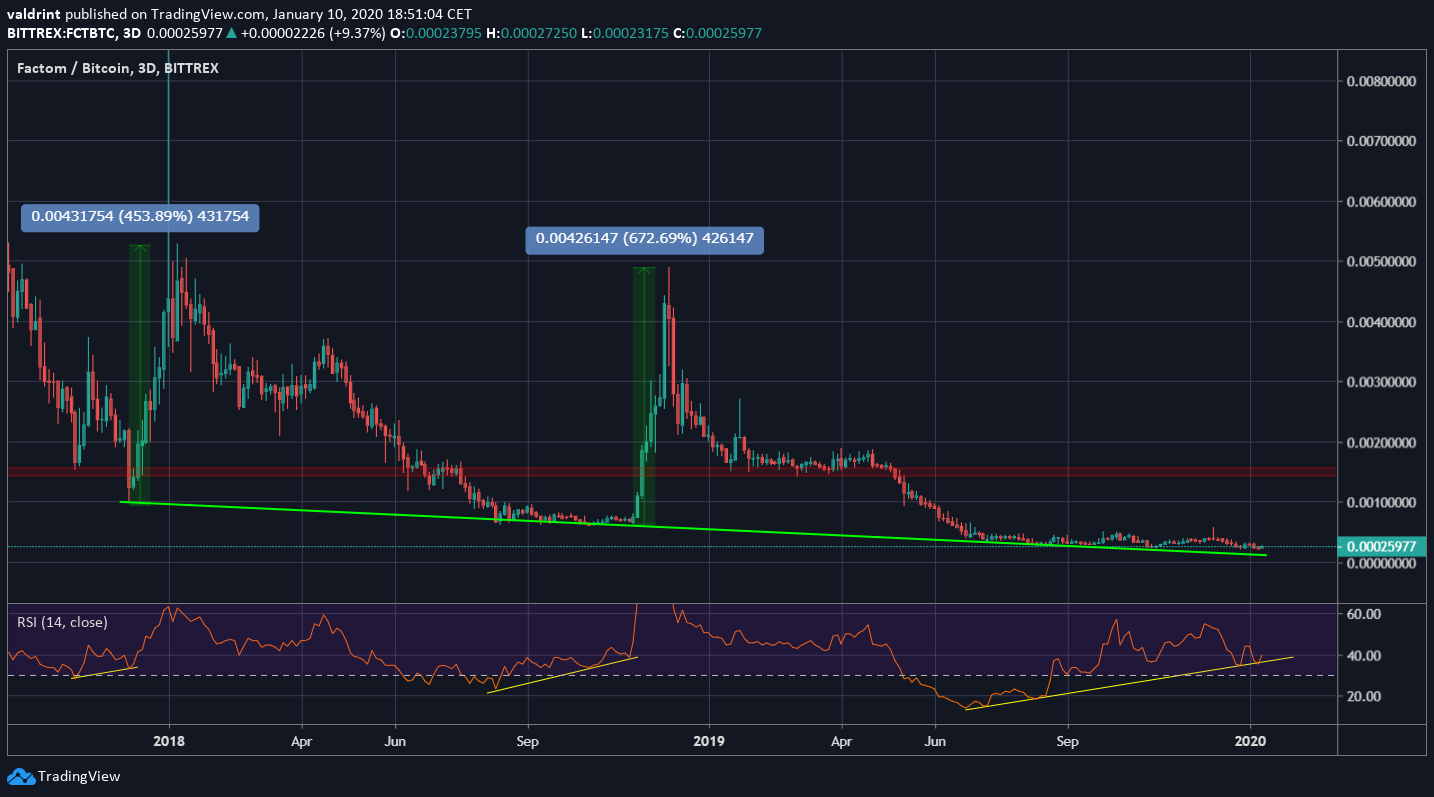 Since the price is very near an all-time low, an exceptional price increase would be required for the price to reach new highs. 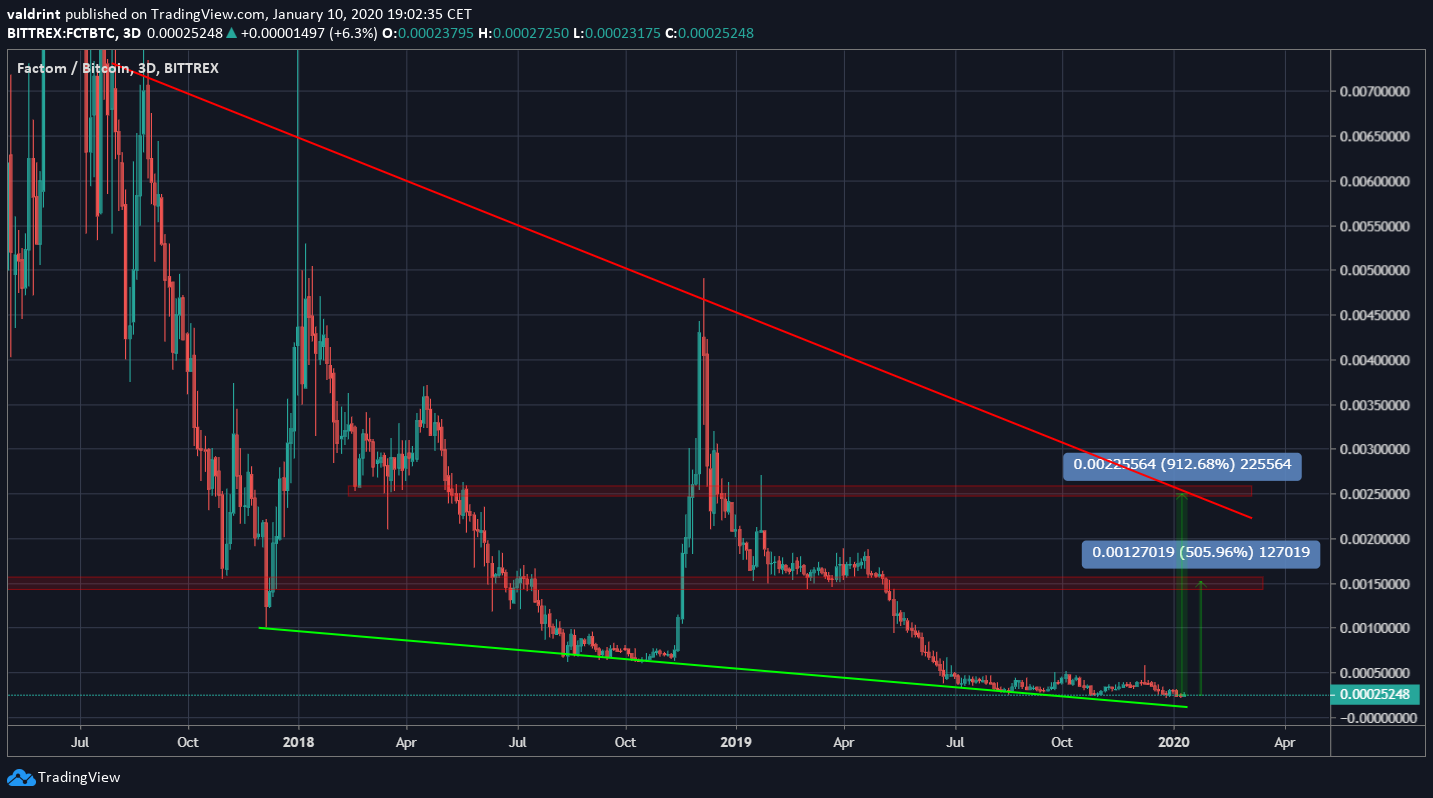 To conclude, even though the FCT price has been making new all-time lows since July, a reversal could soon occur, causing the price to reach a high between 150,000 and 250,000 satoshis.