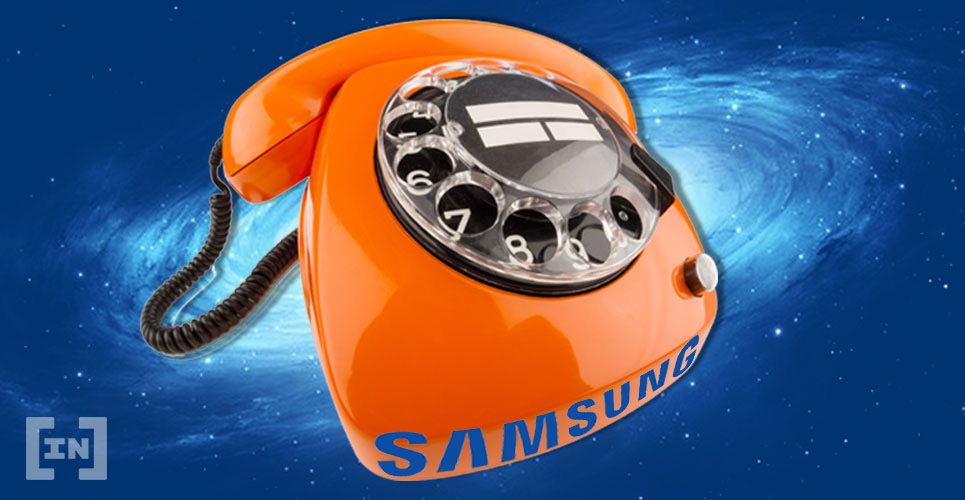 Galaxies and universes go hand in hand. At least they do on the Samsung Galaxy S10, whose built-in dApp store supports a handful of TrustVerse’s planetary-inspired apps, with the promise of more to come. The collaboration between the Seoul-headquartered smartphone giant and the Singapore-based development company hints at the future of dApps, and it’s one in which hardware support features prominently.

Until recently, dApp developers have foisted their wares on the web in the same manner as an unsigned musician might share their mixtape: upload it and hope for the best. As a consequence, dApps have lacked a conduit by which to captivate the public’s attention and serve a springboard to success. Now, thanks to the efforts of hardware manufacturers such as Samsung and browser developers like Opera, dApps have a permanent home in which to roost. The impetus is on dApp creators to leverage this opportunity to their advantage.

How to Have Your dApp Adopted by a Tech Giant

It is one of the many paradoxes of dApp development that for your decentralized application to stand the best chance of success, it needs to be endorsed by a mainstream manufacturer and featured in their centralized dApp store. Outside of Apple, Samsung dominates the smartphone industry, shipping 75 million units in Q2 of 2019 alone. Get your dApp listed in its Blockchain Keystore and it’ll stand a chance of being installed by hundreds of thousands of users, which in crypto terms is a huge deal.

The secret to doing so calls for a combination of the obvious and the not-so-obvious. First, the former: your dApps should be of extremely high quality, from both a UX and a security perspective. They should either solve a real world problem or, in the case of entertainment apps, provide a unique experience that no other app or dApp can currently replicate.

For TrustVerse, this has meant focusing on practical problems for which there are few working solutions on the market. Its digital inheritance dApp Pluto is a good example of this: passing crypto assets on to your descendants is a messy business that’s fraught with risk. In Pluto, TrustVerse believes it’s created a foolproof legacy planning service in which smart contracts automate the process, with checks and measures in place to prevent fraud. (In the event of sudden death, for instance, a corresponding certificate of death is required for inheritors to access funds.)

There are less than 20 dApps currently listed in Samsung’s Blockchain Keystore, out of the thousands available on the market – DappRadar.com claims to track more than 2,500 of them. Opera’s dApp store is less discerning, but still only holds 38 dApps as it stands. In curating their dApp stores, Samsung and Opera have sought to include a cross-section of consumer-friendly dApps that encompass such categories as wallets, token exchanges, games, collectibles, and P2P marketplaces.

Looking at the dApps that have been listed by Samsung hints at one of the ingredients it’s seeking in the developers it partners with: longevity. Just as a record label isn’t interested in an unsigned artist who only has one song, it appears that dApp store curators are looking for dev companies that can replicate their hit, should they chance upon a dApp that goes viral.

Although just two of its dApps are currently listed on the Blockchain Keystore, TrustVerse has an entire family of them. Mars – a multi-currency crypto wallet – and Jupiter – an AI-powered crypto predictive tool – are the duo that grace the Samsung Galaxy, but these are merely part of a broader collection. Additional dApps, all blessed with interstellar names, include Nova, a crypto key recovery solution that protects users in the event of losing their device or mnemonic. Other products in the pipeline include Mercury, a decentralized identify dApp. If there’s a lesson here for aspiring dApp developers, it’s to diversify your product range – but without diluting it.

It’s too early to tell whether blockchain wallets and dApp stores will become the new normal. Apple’s introduction of a CryptoKit for developers suggests that it may follow suit, but there is nothing concrete as yet. Moreover, even if it is willing to dip its toes into crypto waters, it will surely stop short of embracing dApps, as to do so would undermine its existing App Store. Regardless of whether smartphone dApps become ubiquitous, Samsung’s foray into the cryptosphere, followed by the further expansion of its dApp store and additional token support, shows it’s in no hurry to beat a retreat. Like many tech companies, it seems content, now it has skin in the game, to sit back and see where this thing leads.

It would be premature to position Samsung as the kingmaker whose Blockchain Keystore becomes to dApps what Coinbase is to tokens. With a little imagination, however, it’s very easy to envisage a future in which the best dApps are fast-tracked onto the leading smartphones, providing incentives for developers to create innovative decentralized applications and to be duly rewarded for their boldness.

Full Disclosure: The following article is a guest submission. We have chosen to publish it because we feel it may be of value to our readers.