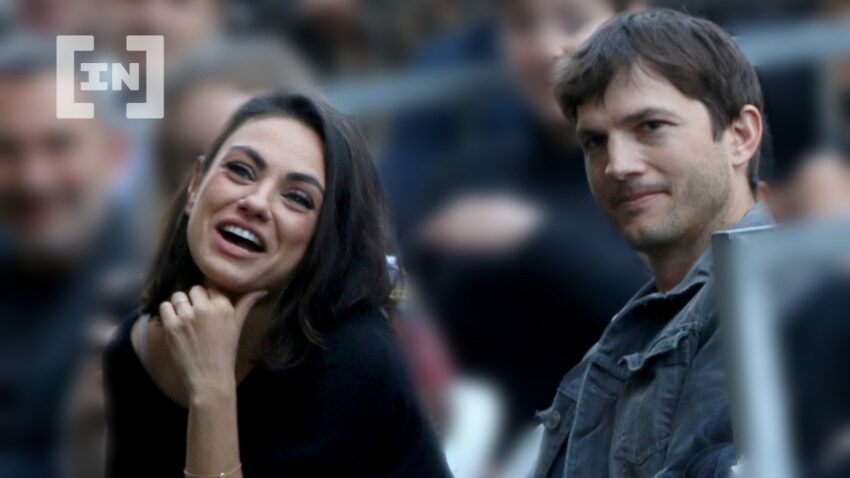 Stoner Cats is an animated series featuring Mila Kunis, Ashton Kutcher and Ethereum’s Vitalik Buterin. Mila Kunis not only acted in the series, she also produced the series as well.

The cartoon can only be viewed if you own a Stoner Cats NFT. This token allows holders to watch the current two episodes as well as the complete upcoming series produced by Orchard Farm Productions. Kunis is the owner of the studio. The original NFT sale netted the studio $8 million.

The show is about Ms. Stoner, an elderly woman who lives with a bunch of crazy cats. Ms. Stoner suffers from Alzheimer’s and decides to smoke medical marijuana to treat her symptoms.

On one of her trips, she drops a few joints down the chimney, enveloping the house in a marijuana fog that the cats are forced to inhale. And now the cats can talk to each other.

The website states: “With their higher consciousness, they (*the Stoner Cats*) realize that Mrs. Stoner is their beloved owner, and they need to be rescued from many dangerous situations. Big *flowers come with big responsibility.*”

Discussing why she is now producing an animated series with NFTs, she said, “I produce content for television and I did an animated series for a network. There is so much content out there, and I have so little control over it once it’s sold. So I wanted to return ownership of the content to the artist. I wanted a transparent system. So I thought I would do it with NFTs.”

In general, the concept of the series seems to tie in with the success of CryptoKitties, which were first published in 2017.

However, unlike Stoner Cats, CryptoKitties do not come with additional media. But what really makes the project interesting is the cast. The big names include Mila Kunis and Ashton Kutcher, Chris Rock, Jane Fonda and Seth MacFarlane.

And Vitalik Buterin. He’s one of the co-founders of Ethereum.

Buterin is listed as the voice of Lord Catsington, an old taxidermy cat who gives wisdom and advice to the other cats in the series.

Stoner Cats and the Ashton connection

Ashton Kutcher, Kunis’ husband, has asked Kunis to explain various crypto concepts in a series of videos uploaded to Twitter.

Halfway through the first video, Buterin suddenly appears, taking on the role of Kunis and explaining Ethereum to the audience.

Although the Stoner Cats team had already scripted Lord Catsington before Buterin joined the project, the writers had to make some changes when Buterin came on board. Buterin reportedly doesn’t like swearing, and his character said ‘fuck’ a few times. So that was promptly changed.

A short clip of Mrs. Stoner with her cats can be seen on the Stoner Cats website. The clip gives viewers a taste of upcoming episodes of the series.

The series is not accessible to everyone, because only those who own one of the 10,000 NFTs can watch the series. These were sold out in less than 35 minutes. Each cat cost 0.35 ETH per piece (over 800 USD). The sale raised a total of $8.4 million.

The NFTs are still available today on OpenSea and have come down in price. You can buy the cheapest cat for 0.24 ETH, the most expensive for 15,000 ETH. If you want to know how to watch the series, you should visit the animated series’ website.

You can watch a teaser here.

Got something to say about Stoner Cats or anything else? Write to us or join the discussion in our Telegram channel.