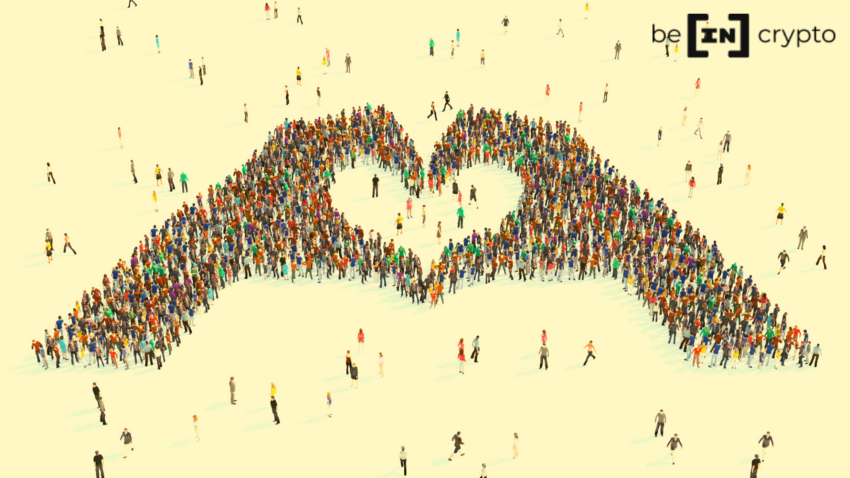 Donor advisory funds are becoming increasingly popular as a way to enable individuals to make charitable contributions that help avoid capital gains tax, as well as ensure transparency in the distribution of funds.

At ETHDenver 2022, Be[In]Crypto spoke with two different companies about how the crypto community can use 501(c)(3)’s and donor advisory funds (DAFs) to provide for a more clear, transparent donation process in times of need, specifically with Russia’s recent invasion of Ukraine, as well as the ongoing commitment to stand up against Asian American hatred.

While many charities over the years have been exposed to cryptocurrency, very few have held their ground or survived because of the complexities tax law and its burdensome requirements bring.

With donor advisory funds, the sponsoring organization can only make distributions to charitable entities, without fear of additional benefits going to unintended beneficiaries.

According to the IRS, a donor advisory fund, or DAF, is a separately identified fund or account that is maintained and operated by a 501(c)(3), known as the “sponsoring organization.”

Each account consists of contributions made by individual donors. Once a donor makes the contribution, the organization itself has legal control over that donation, subject to the donor’s retained advisory privileges that speak to the distribution of those funds and the investment of assets in the account.

Launched in March 2019 by Robbie Heeger, Endaoment is one of the first regulatory-compliant nonprofits and DAF’s built on Ethereum’s blockchain allowing anyone to donate over 150 cryptocurrencies to a charity of their choice, ultimately reducing their tax liabilities.

To date, the DAF has helped facilitate over $30 million to over 240 different charities, according to its recently issued 2021 Impact Report.

Heeger, a former Product Operations Manager at Apple, said that he made it a habit to give away portions of his Apple stock to a donor-advised fund each year due to the tax obligations associated with it. In other words, in efforts to sell AAPL stock before it was donated, additional capital gains taxes would be incurred – whereas donating the stock through a donor-advised fund would allow him to receive tax benefits for the entire value of the stock without incurring the additional capital gains taxes.

In his role, he spent 7 years working for Apple’s media products division. Having left Apple in 2018, Heeger went to build his own DAF and in 2019, launched Endaoment. As a DAF, patrons making donations receive “advisory privileges” enabling them to suggest where they would like the proceeds of their crypto to be donated.

“Give us your crypto and we will give you a tax receipt that says you donated to a 501(c)(3) tax-exempt nonprofit public benefit corporation,” Heeger said.

Back in December, Endaoment partnered with blockchain payment provider, Circle to launch a disaster relief fund helping midwestern American communities impacted by that month’s deadly tornadoes which swept across the midwestern and southern regions of the U.S., leaving Kentucky as a ground-zero with over 74 fatalities and more than 100 people missing and still unaccounted for.

Through Endaoment, patrons are able to contribute more than 150 different digital asset types, including BTC, ETH, USDC, and more alongside other participating charities including the American Red Cross, Mutual Aid Relief, Team Rubicon, All Hands and Hearts, and many more. Endaoment is then able to exchange those gifted tokens for USDC via Uniswap and deposits those proceeds to the DAF’s contract address on-chain.

Last week after Russian president Vladmir Putin impulsively announced a “special military operation” and invaded Ukraine, the crypto community stood up in outrage, coming together to quickly and efficiently help those stranded in Ukraine.

In a recent tweet, Endaoment announced that the platform helped raise over $300,000 of crypto grants, with over 100 wallet addresses donating to nonprofits on the ground in Ukraine through the Support Ukrainian Sovereignty Community Fund.

In early February, Endaoment served as the vehicle for PleasrDAO’s $600,000 NFT purchase, with proceeds from the sale going towards the Stand With Asian Community Fund (SWA), addressing underserved Asian American communities, which has raised close to $800,000 as of publication time.

SWA specifically partners with prominent artists to fundraise for the AAPI community through NFT drops, most recently in collaboration with NFT designer Emily Yang – known to her community as ‘Pplpleaser,’ who designed the $600,000 NFT.

As of today, SWA Fund has issued $25,000 individual grants to 24 organizations spread across 12 U.S. cities as a response to anti-Asian violence and hatred.

Another type of DAF is one that helps individuals make charitable contributions in stock or crypto to IRS-recognized public charities.

Jonathan Shugart, a former tax attorney, launched BCharitable in 2019 as a way to help provide the necessary tools for individuals to be able to make those donations in a way that is recognized by the IRS and helps make the most positive impact in their communities.

With most P2P crowdfunding platforms, funds received are not considered to be “charitable contributions” for IRS-reporting purposes – even if that person intends to use those funds for charitable purposes.

Backed by the IRS, BCharitable enables patrons to donate stock or crypto to any IRS-recognized public charity of their choice. Speaking to its nature as a DAF, these donations help patrons avoid capital gains tax.

“The tax deductible donation of appreciated assets to public charities isn’t new,” Shugart told Be[In]Crypto. “What we are doing is simplifying the process by adding the ‘Donate Crypto’ button to users’ dashboards.”

Currently, BCharitable is partnered with a number of renowned organizations, including, but not limited to Boys & Girls Club, American Red Cross, Habitat for Humanity, Children’s Miracle Network Hospitals, Feeding America, and more.

And according to Shugart, automated crypto donations are no exception here either.

“The two issues that BCharitable has spent the most time considering include how we can eliminate/minimize the effect of fluctuation of the value of crypto and provide a personalized experience for each transaction with prompt, proper reporting – while at the same time, minimizing the time/effort that a donor is required to expend on the process.”

Shugart presented an in-depth example of how BCharitable’s infrastructure works:

“Jane is a commission-only sales representative and has had a great year. Jane knows she wants to give away 10% of her income to charities, and she receives a commission payment of $400K on 12/31.

She can immediately distribute that to the charities of her choice through grant requests, or take her time and decide over the course of the next year or years which charities she wants to make grants to out of her DAF.

Jane also owns $40k worth of crypto that she bought at the price of $10k. Instead of giving the cash, she can donate the crypto.

B Charitable receives the crypto and immediately sells it and converts it to cash. Jane does not pay capital gains on the sale of the crypto, because she didn’t sell it – she donated it.

B Charitable doesn’t pay capital gains on the crypto, because we are a ‘tax-exempt entity.’

Now, if Jane still wants to have crypto she can just purchase it with the cash she would have donated.

If she buys it at $40k, that is her new tax basis and capital gains calculated on a future sale will use that basis, instead of her old basis in the crypto she donated in the amount of $10,000.”

At the end of the day, Shugart believes that donating appreciated assets to a DAF takes advantage of two significant tax advantages:

“If you donate an appreciated asset, instead of selling it, and donating the proceeds of that sale – you do not have to pay income tax on selling that asset, and neither does the charity,” he explained, ultimately leaving more for the charities.

In the wake of the Russia-Ukraine conflict, we are seeing the potential of donor advisory funds to be a true use case for how blockchain, crypto, and philanthropy can work to bridge our world closer together in times of need.

Andrew Rossow is a News Editor at BeInCrypto. He is a licensed attorney and journalist with over 7 years of experience from the online media and television industries, focusing on law, technology, and privacy. He covers the cross-section of law and fintech with an emphasis on NFTs, Web3, Blockchain, Cryptocurrency, and the Metaverse. He is a graduate of the University of Dayton School of Law and Hofstra University.