XRP United has officially launched a digital currency exchange based on Ripple’s XRP token. The platform aims to validate XRP as a base currency in the asset, commodities, and fiat currency markets.

XRP United, as it is known, currently features three XRP trading pairs — with Bitcoin (BTC), Ethereum (ETH), and Bitcoin Cash (BCH) — and will be adding Monero (XMR) shortly in the future.

It should be noted that this exchange is in no way officially related to the actual Ripple company. Instead, it is operated by ‘XRP United Oü’ and appears to be registered with the Estonian Financial Intelligence Unit (FIU).

In its dramatic introduction trailer, XRP United, presumably in the future, claims that XRP used on its platform would be ‘fully exchangeable with any currency, asset, or commodity.’ Depending on when and if that actually happens, it could potentially give a significant boost to the price of the third-ranked, not-so-decentralized cryptocurrency.

After the announcement of Ripple’s cross-border payment solution xRapid, the price launched to a peak of $0.79 before a bit of correcting back to its current price of $0.47. 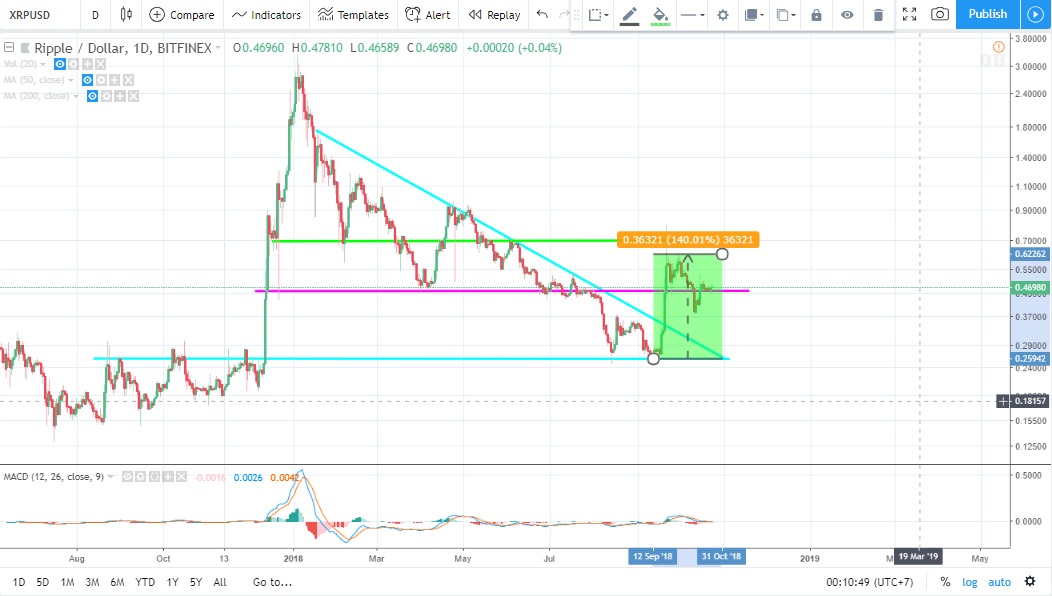 The xRapid news carried XRP enough to escape the large descending trend line that it has been under since the beginning of the year. However, it still remains in a vulnerable position at a $0.45 support level with a fair amount of space to move both above and below.

Are you a Ripple (XRP) holder? Are you interested in using an XRP-based exchange? Let us know your thoughts in the comments below!