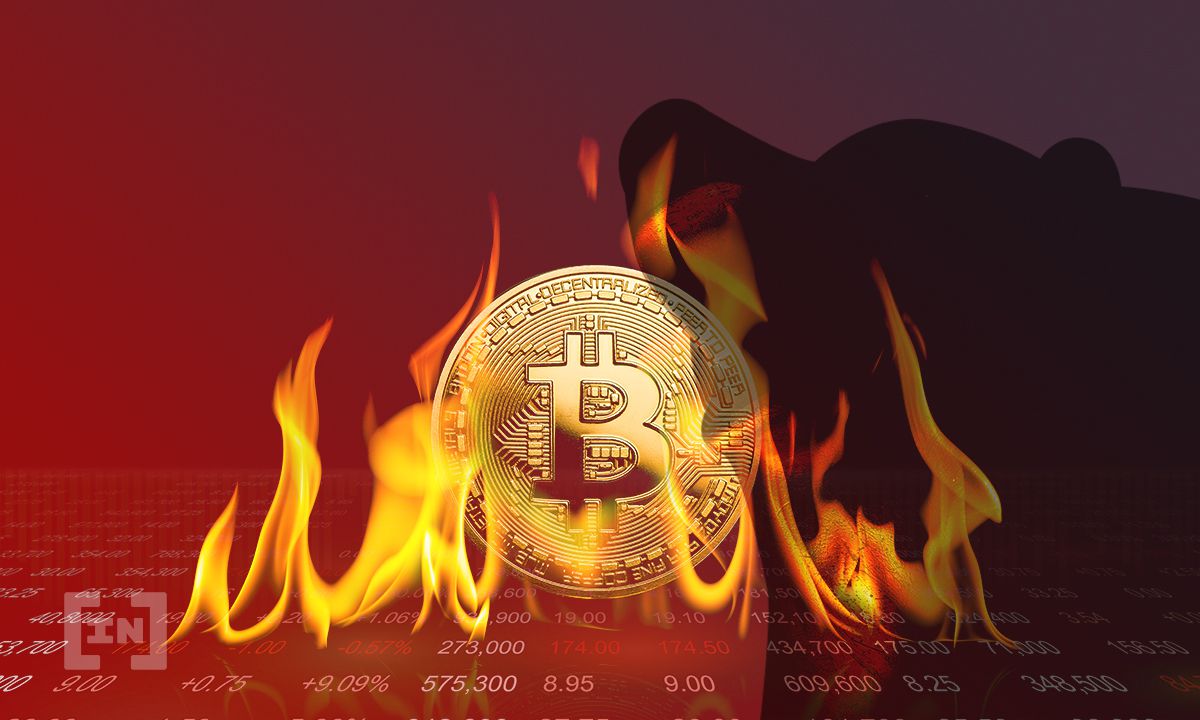 The events experienced over last month in the cyrpto market are generally seen as reasons for the bearish bitcoin (BTC) price action.

They focus on the infamous Elon Musk. Especially on how his role has changed in just a few months. He’s gone from the messiah of the crypto space to the jester hated by many. From leading bitcoin and dogecoin (DOGE) to mainstream adoption to posting tweets that cause chaos and drive the market towards the abyss.

In the face of these events and the growing fear in the cryptocurrency market, on-chain analyst @dilutionproof posted four charts on Twitter yesterday.

They shed some light on the reasons behind the current dip in bitcoin’s price. In the context of recent events, the story depicted in these charts seems to contradict the one-sided narrative of a collapsing cryptocurrency market.

Briefly, we find the two main conclusions behind the bearish BTC price action, which is currently experiencing a 35% correction, counting from the all-time high at $64,854 on April 14:

The actions of short-term investors are shown in the chart of Average Coin Dormancy. This expresses the ratio of coin days destroyed and total transfer volume.

It turns out that in May we see a drop in the dormancy rate (blue arrow). This means that short-term investors have gradually lost their positions to long-term hodlers.

Additional confirmation of this trend is provided by the SOPR chart for short-term hodlers, more precisely its 7-day average.

It turns out that the drop in the BTC price was clearly correlated with the sell-off among new market participants (blue arrow), who were selling even below the black line, i.e. at a loss.

This is an indicator of a further transfer of Bitcoin from the weak hands of new investors to the strong hands of long-term hodlers.

A dominant narrative of the ongoing bull market is the increased accumulation of BTC by long-term hodlers and miners. This is thought to be unprecedented in previous cycles. This is a singularity, as usually as bitcoin’s price increases, more and more early investors realized their profits.

Indeed, the on-chain data indicated an increased sell-off at the beginning of this year. However, since early April, the trend has reversed and both the hodlers and miners are now accumulating again.

This was especially noticeable during last week’s drop, where the level of bitcoin accumulation by long-term hodlers reached annual highs. They clearly aimed for buying the dip.

At that time, almost identical actions were taken by miners, whose positions are also growing at an increasing pace. Both charts explain well the direction of the flow of bitcoin in circulation – from weak to strong hands.

There is another intriguing chart also worth mentioning. On-chain analyst @WClementeIII posted it to Twitter on May 17. He compared the three bitcoin cycles in terms of total supply in the hands of long- and short-term hodlers.

It turns out that so far each cycle has seen intersections of lines (green areas) representing long-term (blue line) and short-term (orange line) positions.

Usually, in the middle of the bull market, when bitcoin’s price escalated exponentially, there was a dramatic increase in the value of short-term investors’ positions and a decline in the position of long-term hodlers.

The lower the first line fell, the higher the second rose. This was a clear signal for the rapidly approaching top.

However, the uniqueness of the current bull run is evidenced by the fact that this time, despite the exponential increase in the BTC price, the intersection did not take place.

Moreover, short-term investors – thanks to the current correction – began to reduce their positions. In turn, the hodlers returned to the accumulation phase and again the two lines began to move away.

In a comment to the tweet, another on-chain analyst related to Glassnode @_Checkmatey_ highlighted that the absolute values of the two supplies do not intersect. This is because the long-term hodler positions are much higher and the chart shows two different axes.

Nevertheless, the trend and the mutual oscillation of these lines are visible – as is the peculiar trend in the ongoing correction.

The on-chain analysis explains that the current correction of the bitcoin price has been mainly done by short-term investors. They decided to sell their coins with little profit or loss.

At the same time, the data shows that miners and long-term hodlers have started to increase their positions and buy the dip again.