OmiseGO Is Creating Successive All-Time Lows: Is There a Reversal in Sight?

The OmiseGO (OMG) price has been making new all-time lows for the past six months.

In the period between September-November, the OMG price made several attempts at reversing its downward trend. However, it reached its final high on November 14 and has been decreasing since.

Cryptocurrency trader @CryptoNTez stated that the OMG price is making another attempt at breaking out above the 8670 satoshi resistance area. If successful, he gives a target of 9700 satoshis for the ensuing movement.

Will OMG be successful in reaching its target? Let’s take a closer look at the price movement and find out.

A look at the weekly logarithmic chart reveals that the OMG price has been decreasing for the past 623 days, having lost almost 97 percent of its value. The price is at an all-time low and has not made created any significant bullish candlesticks.

While the oversold weekly RSI and the bullish divergence could be read as signs of reversal, the lack of a pattern or attempt at making an upward move thwarts their significance. 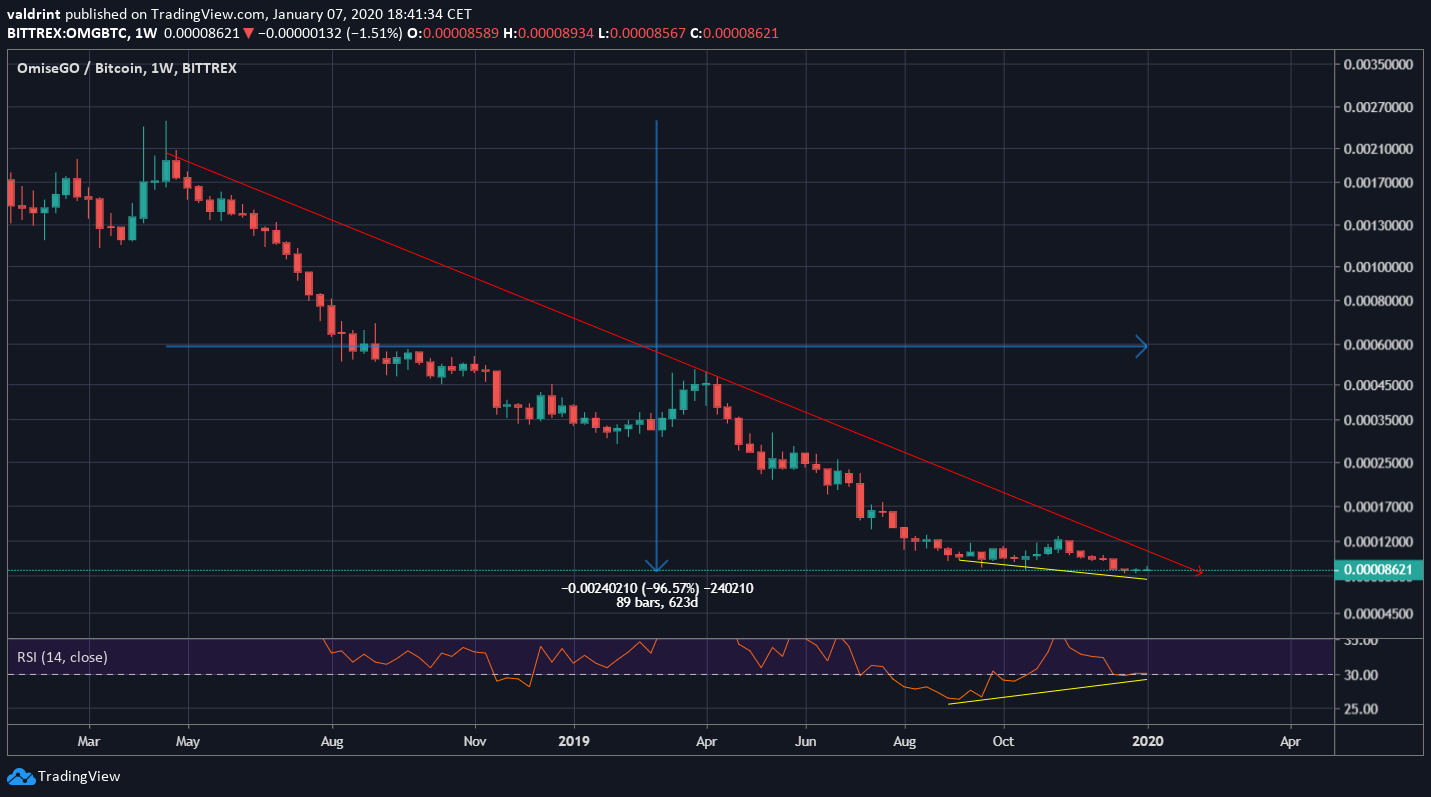 Looking at the breakdown level, the 9000 satoshi area is revealed as the most significant for the future price movement. The OMG price initiated two upward move in September/October.

However, the price broke down from this area on December 18. Afterward, it validated it as resistance on January 7 and is currently decreasing, having created a massive bearish engulfing candlestick.

We would not advocate attempting to initiate a trade due to the current market conditions. Firstly, BTC is pumping, which often means that altcoins will bleed out. Secondly, the price is trading at an all-time low devoid of any trading structure, making it impossible to initiate a trade with a set risk/reward ratio and exit levels. 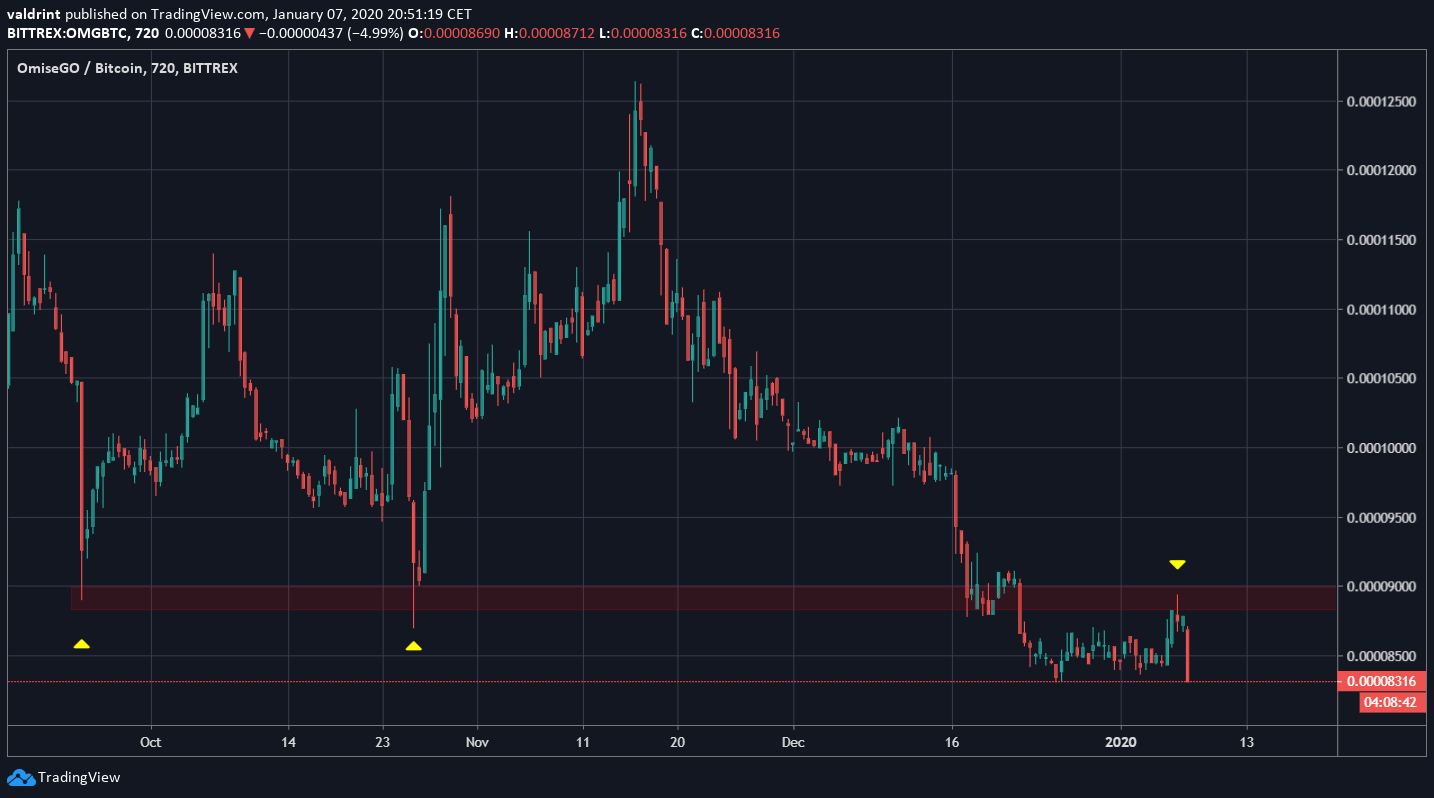 To conclude, the OMG price has been making new all-time lows since June 2019. The OMG price seems likely to continue this downward trend. We do not believe the target of 9700 will be reached in the foreseeable future.