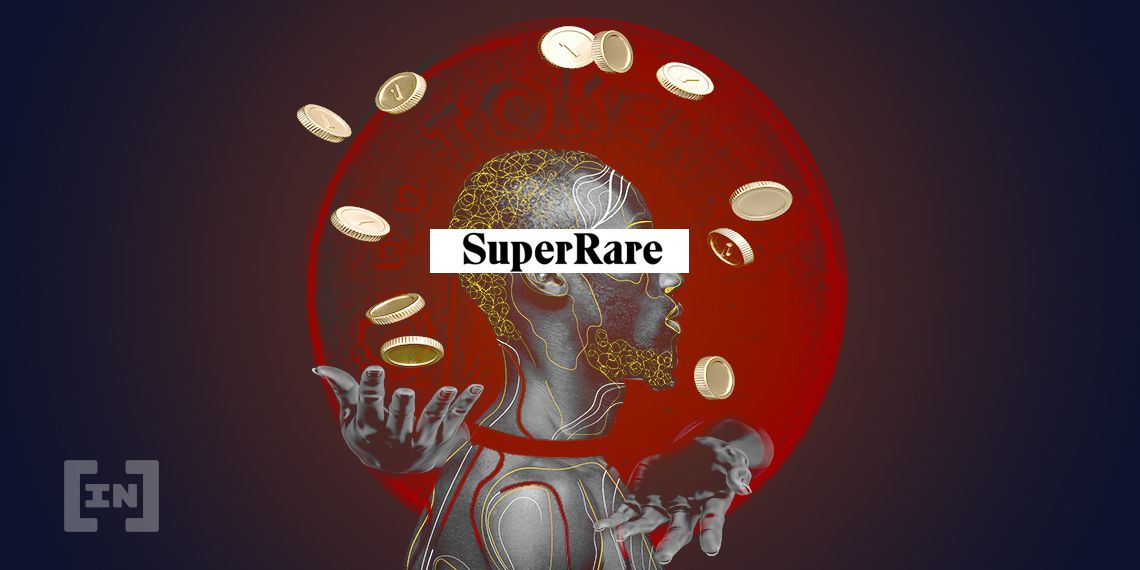 With the winning bid, sä-v(ə-)rən-tē has broken the record for the highest price ever paid for a fully digital artwork on the platform, beating out “Right Place & Right Time” by Matt Kane, which sold for $100,000.

Only Ben Gentilli’s “Block 21” (auctioned with a physical portrait), which went for $130,000 at Christie’s in October, has commanded a higher digital art price tag.

Like the rest of Johnson’s art, which primarily depicts African American children, sä-v(ə-)rən-tē depicts two eight-year-old underprivileged boys Jacque and Rayden, who are separated from an astronaut by a door.

Every year on each of their birthdays (Nov 6 and Aug 10, respectively), a QR code will appear over the entire artwork, enabling users to scan and donate to a linked bitcoin wallet.

Over the next ten years, the door will slowly open with every passing birthday until they turn 18. At that point, the door will fully open, and both the boys and the QR code will disappear from the artwork permanently, signifying the end of this journey and their entry into a new world of opportunity.

Describing the thought process behind using a Non-Fungible Token (NFT) in this unprecedented manner, Johnson said:

“The mission of this work started by simply wanting to empower them by letting them see themselves in high-art, but quickly turned into one of the most impactful use cases for Bitcoin and blockchain technology the world has ever seen. Through the technological vision of Async Art, society will be able to directly impact lives like never before.”

According to Async Art, in the ten months since launching, the platform has recorded “several” triple-digit art sales.

While the $120,000 winning bid for Johnson’s piece is a world away from what most digital artists earn for a single piece, the platform claims that over $2.5 million has been exchanged, including more than $600,000 in art sales, providing crucial income for digital art creators.

Having played for the Chicago White Sox, Los Angeles Dodgers, and the Atlanta Braves in his MLB career, Johnson’s entry into creating programmable NFT artwork traded across the Ethereum blockchain is one of the more left-field moves, but one that may be increasingly popular moving forward.

This month, BeInCrypto reported that a CoinAgenda virtual conference discussion identified NFTs as the next possible big wave in the crypto ecosystem. Driven by factors like gaming, NFTs are reportedly gaining popularity independent of prevailing crypto market movements.