Matthew Ball, CEO of Venture Capital firm Epyllion, believes that the metaverse economy could value between $10-30 trillion in the next decade – but the current big tech players won’t have it all their own way.

Ball, who launched a metaverse ETF with Roundhill investments in June of this year, made the prediction in an appearance on Bloomberg News this week. It has been claimed by Nvidia CEO Jensen Huang that the metaverse economy could one day even eclipse that of the real world ($80+ trillion), but Ball offered his own bullish, but slightly more conservative take.

“Even if you have more modest expectations, precedent from the digital economy, the internet, the mobile internet, suggests that this is a $10-30 trillion opportunity that will manifest in a decade or a decade and a half,” said Ball. “Our belief is that value will be widely distributed across the semis, the computes, the payment companies, virtual platforms, and other infrastructure providers.”

In any event, whether you prefer the analysis by Huang or Ball, the argument boils down to just how many trillions of dollars the market will eventually be worth.

Public interest in the metaverse has skyrocketed since Mark Zuckerberg announced that Facebook would rebrand to Meta. While Ball believes that Meta could prove to be a significant player in the sector, lessons from history suggest that their success is by no means guaranteed.

“Conventional wisdom would suggest that we’re going to see some of today’s leaders thrive in the next-generation internet or metaverse, but in particular, we’ll see new companies come to the forefront,” said Ball. “The consensus was that AT&T and AOL would lead in the internet era, that Microsoft’s advantages would endure, and in fact, none of that happened.”

Even in the existing market Ball points out that the traditional big five – Google, Apple, Meta (Facebook), Amazon, Microsoft – did not have things entirely their own way, making up only 10% of the digital economy. 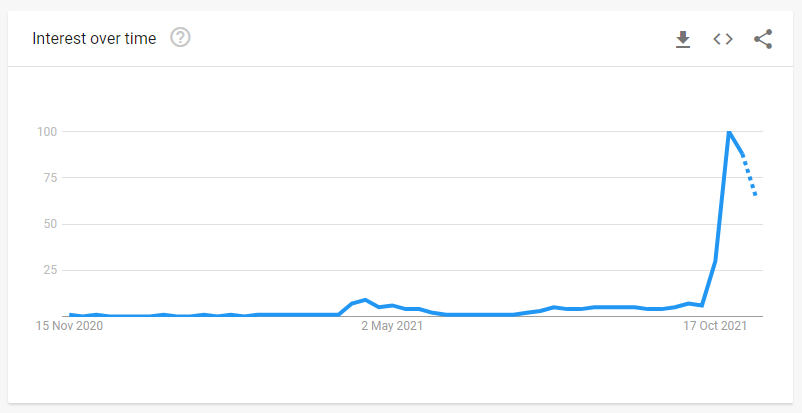 While the Metaverse remains in its relative infancy, crypto projects such as Decentraland, Sandbox and Decentral Games are making significant strides.

We spoke with Decentral Games Advisor and former Decentraland Management Advisor Lee Lin Liew to ask whether the increasing interest from tech’s biggest players was a good thing for crypto metaverse projects.

“Yes,” stated Liew. “When major names like Facebook and Microsoft share announcements for their metaverse plans, they indirectly generate awareness and exposure for the existing metaverse projects. Nonetheless, I believe the growth and success of metaverse will be driven by the decentralized nature of user-owned projects rather than centralized platforms.”

It’s an opinion that will certainly play well in the cryptosphere, and the early evidence seems to back it up. The token prices for crypto Metaverse-related projects have been rising since Facebook’s Meta announcement, with Decentraland (MANA) up 260.4%, Sandbox (SAND) up 193.4%, and Decentral Games (DG) climbing by 7% over the past 14 days.

“It’s a new frontier with lots of opportunities, especially from the socioeconomics perspective,” said Liew. “The metaverse essentially facilitates a borderless market and community, shifting current systems of globalization to virtual globalization. The creation and developments made in the metaverse we have now, are already changing the way we socialize, work and earn incomes.”

“Take play-to-earn games for example. These games have congregated players from all socioeconomic strata, regardless of geographic locations, and created new economies within. Soon, we will see more forms of active participation in the metaverse that can benefit society in general.”

One of the promises of the Metaverse is that we will be able to work and earn there. At this stage of the development cycle, however, the idea seems a long way off. Outside of the specific GameFi niche, how far away are we from seeing real job opportunities and working in the virtual domain? According to Liew that day has already come and gone without much notice in the physical world, with Decentral Games already creating job opportunities in the virtual realm.

The Metaverse may still be in its early days, but while the world slept, the virtual reality universe became very real indeed.