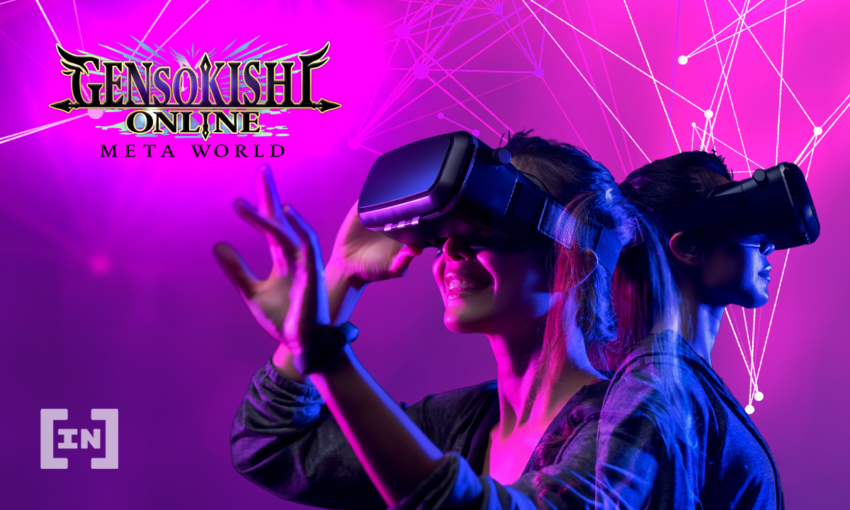 The GensoKishi Online Project is a GameFi and metaverse incarnation of the award-winning Nintendo Switch/PS4 game Elemental Knights.

By combining the detailed 3D MMORPG world of Elemental Knights with NFTs and MV token utility, Gensokishi Online rewards players like you for your playtime.

GensoKishi has gone above and beyond with its array of features to keep you in awe. From the 3D world and gameplay mechanics, Gensokishi Online has introduced metaverse and NFT elements.

These include unique NFT accessories and metaverse land rights that will exponentially improve your progression while you grind through the various quests and levels.

The rise of the $MV Token

GensoKishi was listed on Bybit, one of the world’s largest exchanges, on January 27, 2022. Ten days later, it rose to its highest price of $1.66, x83, its initial listing price.

The MV token will also be listed on other various exchanges, these include UniSwap, Quickswap, Sushiswap, and many other centralized exchanges.

Operating under the direction of Gate Technology Inc., the company provides centralized and decentralized systems for comprehensive protection of user funds, while offering trading and instant deposit and withdrawal services based on state-of-the-art technology.

Gensokish Online Project’s token MV is also ranked second in most held tokens out of all 1,000+ tokens built on Polygon, with a community of over 230k members since its release.

Essentially, Metaverse (MV) tokens are the driving force behind Gensokishi Online’s economy. Their use case includes but is not limited to:

In celebration of the MV listing, an MV startup campaign will be held on Gate.io.

VIP 1 and higher tiers of Gate.io can participate in this campaign, and their USDT deposit amount will increase by their VIP level (VIPs 10 and above receive the same amount).

Based on the amount staked, each participant will receive 200,000 MV at the end of the campaign. After the campaign ends, USDT deposits will also be refunded.

What to expect from $ROND

In addition to its various achievements and rapid growth, GensoKishi is excited to announce that they have opened applications for entry into the whitelist lottery of their in-game token, ROND.

Winners of the whitelist lottery will be given a guaranteed right to purchase up to $100 worth of ROND tokens.

The ROND token is the name of the token used primarily in-game to make up the metaverse within the Gensokishi Online project.

ROND can also be earned by selling items obtained from adventures and defeating monsters in the game called “Play to Earn.” The currency will also be listed on CEX, enabling token holders to earn a huge return.

“Thanks to all of you, our MV token launch has been a great success. GensoKishi is all about community and we want to thank everyone who has supported us throughout this journey. We recently updated our roadmap, and have announced that we aim to list our in-game currency $ROND on multiple CEXs by August 2022,” said a GensoKishi spokesperson.

To become one of the lucky winners please see here.

Gensokishi Online has announced a partnership with Soulz, one of the world’s most-watched NFT projects, on February 25, 2022. Another notable partnership is with Aavegotchi, one of Gamefi’s flagship projects.

GensoKishi Online has already disrupted the GameFi industry in one year, with records being set and broken on December 21, 2021.

Gensokishi Online holds plenty of potential thanks to its solid gameplay mechanics and ambitious plans for its MV tokens.

This is why it stands above the competition and is already achieving mainstream popularity among other NFT and metaverse games.

From partnerships with world-renowned exchanges to NFTs and campaigns. What’s next for the project? Unlimited potential, that’s what.

NFT Renting — How do Lenders and Borrowers Benefit From IQ Protocol?