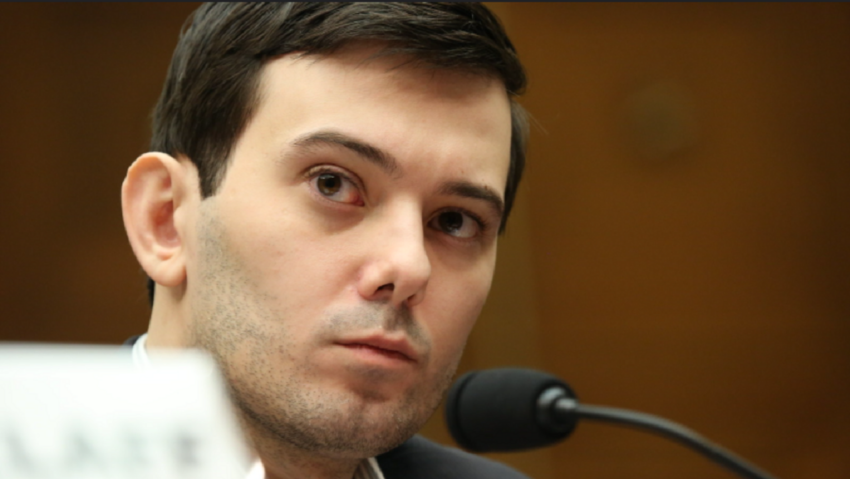 Martin Shkreli, detested pharma bro, is now a crypto bro. This is according to a press release he issued on behalf of his new foray into the crypto world.

According to the press release, the former jailbird and former hedge fund manager wants to trade stocks for crypto. Or something.

His project is called Albumswap, and he has created a native token for it –the $MS token. Imagine handing money over to a pharma bro who didn’t care that life-saving medicine became impossibly expensive for the people who needed it. $MS enthusiasts, you are on your own here.

The $MS token is priced at $1 per token. No word on if anyone other than his mum bought some.

Martin Shkreli and his dark past

Martin Shkreli is known for a lot of murky things. But he is also known for purchasing an unreleased Wu-Tang Clan album. It was confiscated as he was bundled off to jail. The record, named “Once Upon a Time in Shaolin” was eventually sold to an NFT collectors syndicate called PleasrDAO.

Shkreli was sentenced to seven years, but he managed to get himself released early by being a very good boy. He is now living at a halfway house in New York. Once September comes around, he will be free.

When Shkreli got out of prison, he used his social media accounts to speak to his followers. He said that getting out of Twitter jail was harder than getting out of real jail.

During a Twitter Spaces post last month, Shkreli claimed that he had access to the decentralized exchange (DEX) platform Uniswap from behind bars. “Uniswap is really cool. I started using Uniswap in prison.”

Uniswap’s founder Hayden Adams said, “Will Shkreli still like Uniswap when he learns I listened to that [Wu-Tang Clan] album he bought more recently than him?”

Shkreli responded, asking, “Should I start my own DEX you guys to teach this guy a lesson?”

Smelling a new opportunity, Shkreli created the Uniswap fork, Albumswap. “I became interested in crypto while I was incarcerated. I actually used Uniswap while in prison. And that was the inspiration for my current project called Albumswap, which is basically a Uniswap fork. I wasn’t planning on it. But I really didn’t appreciate his tweet. I feel that if I can just take 5% of his market share, I will have done my job. Anything I can do to be a thorn in his side.”

There’s the good old pharma bro mentality that we all missed.

While we cannot give financial advice, the ‘not-advice’ here is to run, Forest, run.

Got something to say about Martin Shkreli or anything else? Write to us or join the discussion in our Telegram channel. You can also catch us on Tik Tok, Facebook, or Twitter.