Is the DAG Correction Over? Outlining Future Price Movement

The DAG price has reached a significant support area that could have marked the end of the correction that began on December 17.

On January 8, we posted a tweet outlining the top five projects to keep an eye on in 2020, which are:

Since the tweet went viral, we are going to do an individual analysis for each of the five coins. This is the fourth installment in the series, which will cover DAG. You can view our other installments here:

The DAG price spent the majority of 2019 trading below 70 satoshis without experiencing significant fluctuation. The price broke out above this area in September 2019 and accelerated its rate of increase until December, when it reached a high of 388 satoshis.

The most significant resistance areas are found at 300 and 185 satoshis, while the strongest support areas are at 135 and 70 satoshis. 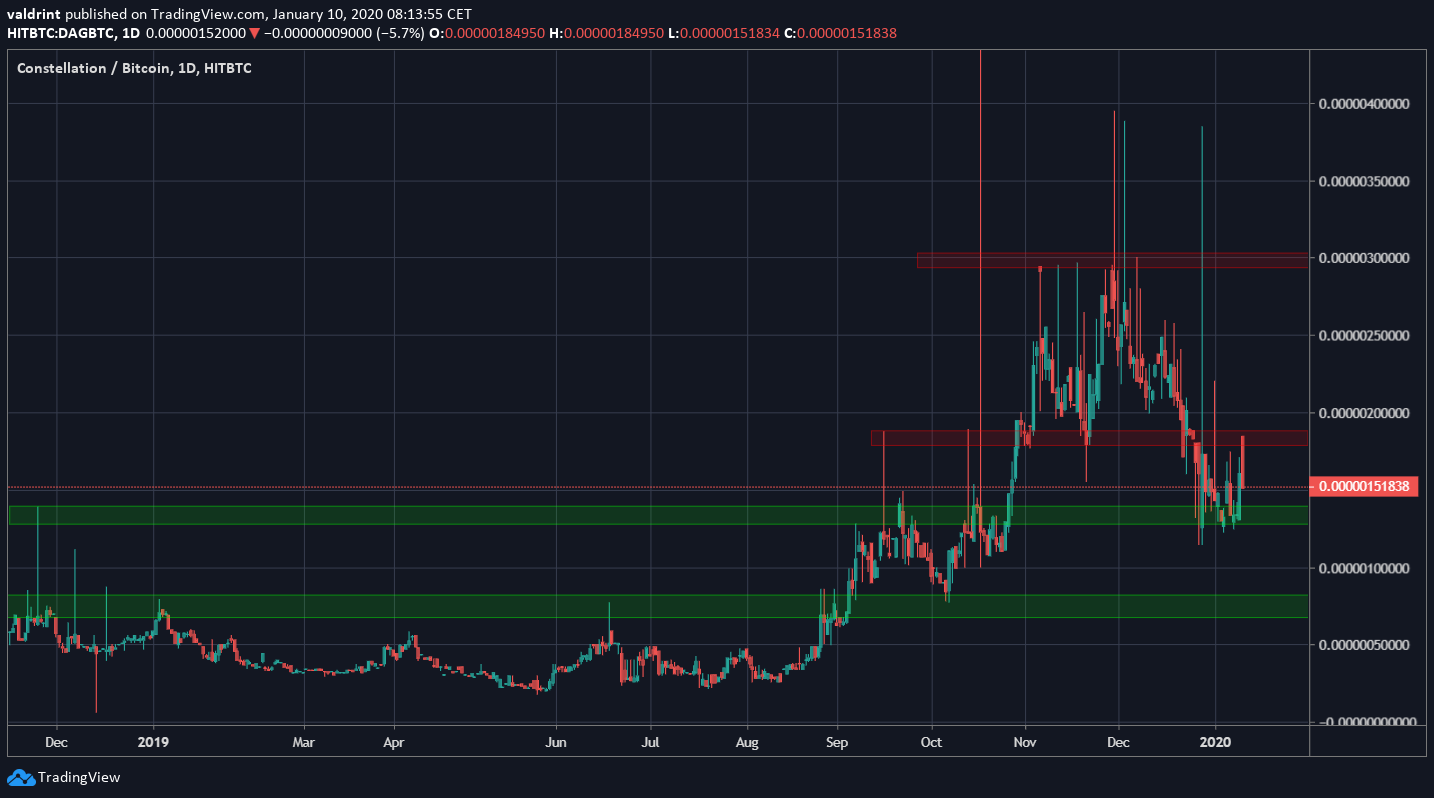 The current support area holds a lot of significance for the future direction of the trend. Besides being a significant fib level (0.618), it is also supported by the 200-day moving average (MA).

A breakdown below this area would put the 70 satoshi support area into play and confirm that the price is in a deep correction. Considering that the first major breakout that occurred was from the 70 satoshi level, this would constitute a retest of this area as support. 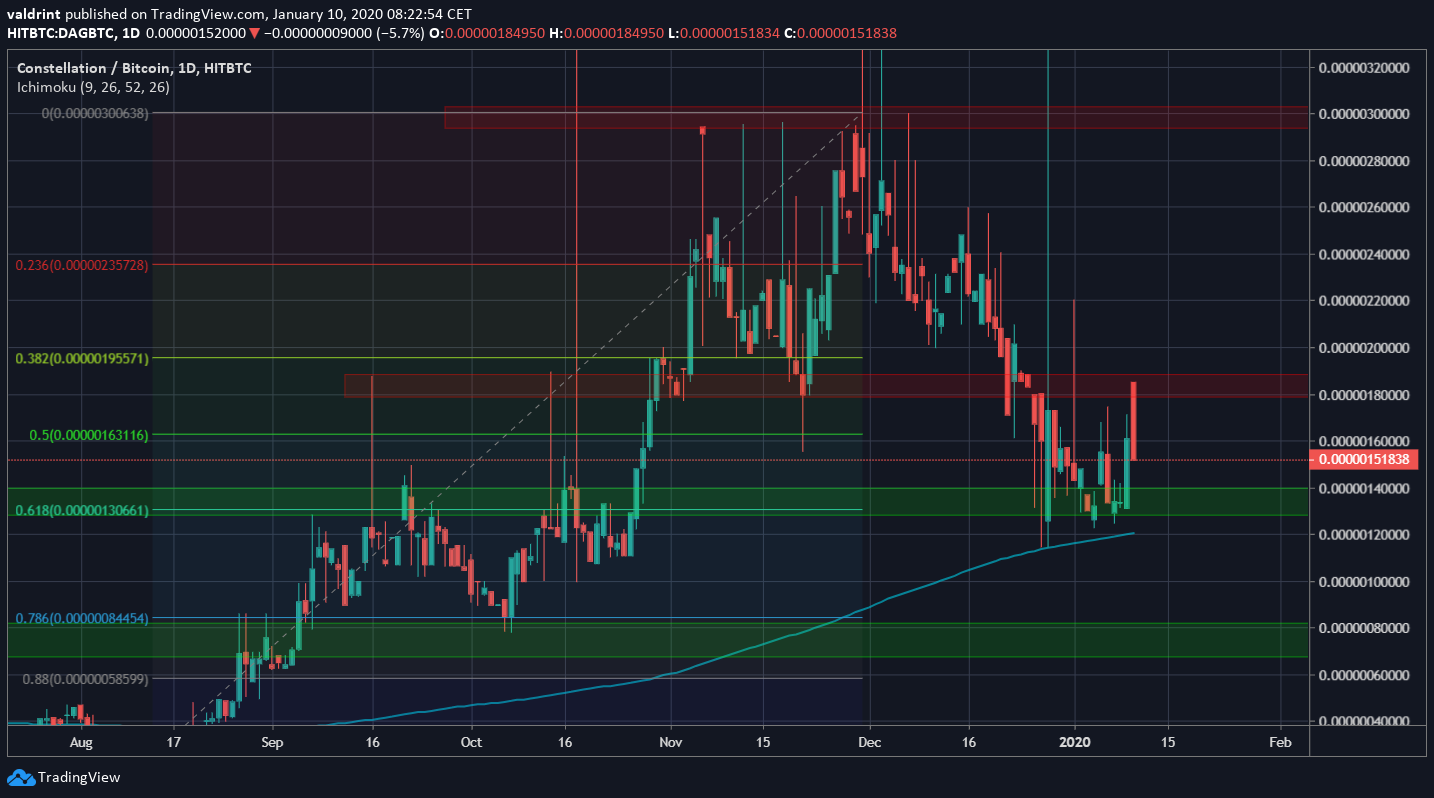 It seems that the price is either in the process of completing the C-wave of an A-B-C correction or has already done so inside the 135 satoshi support area. We believe the second scenario is more likely for several reasons.

First, the price is in a significant support area that is strengthened by the presence of the 200-day MA. Second, there is a bullish divergence in the RSI and the MACD has made a bullish cross. Both these readings support the beginning of an upward movement. A breakout above 185 satoshis would confirm this possibility and indicate that the price is heading towards 300 satoshis.

On the contrary, a price decrease below 135 satoshis would cause the price to reach the 70 satoshi support area and complete the C wave. In both cases, the price should be very close to completing its correction, after which a movement towards 300 satoshis is expected. 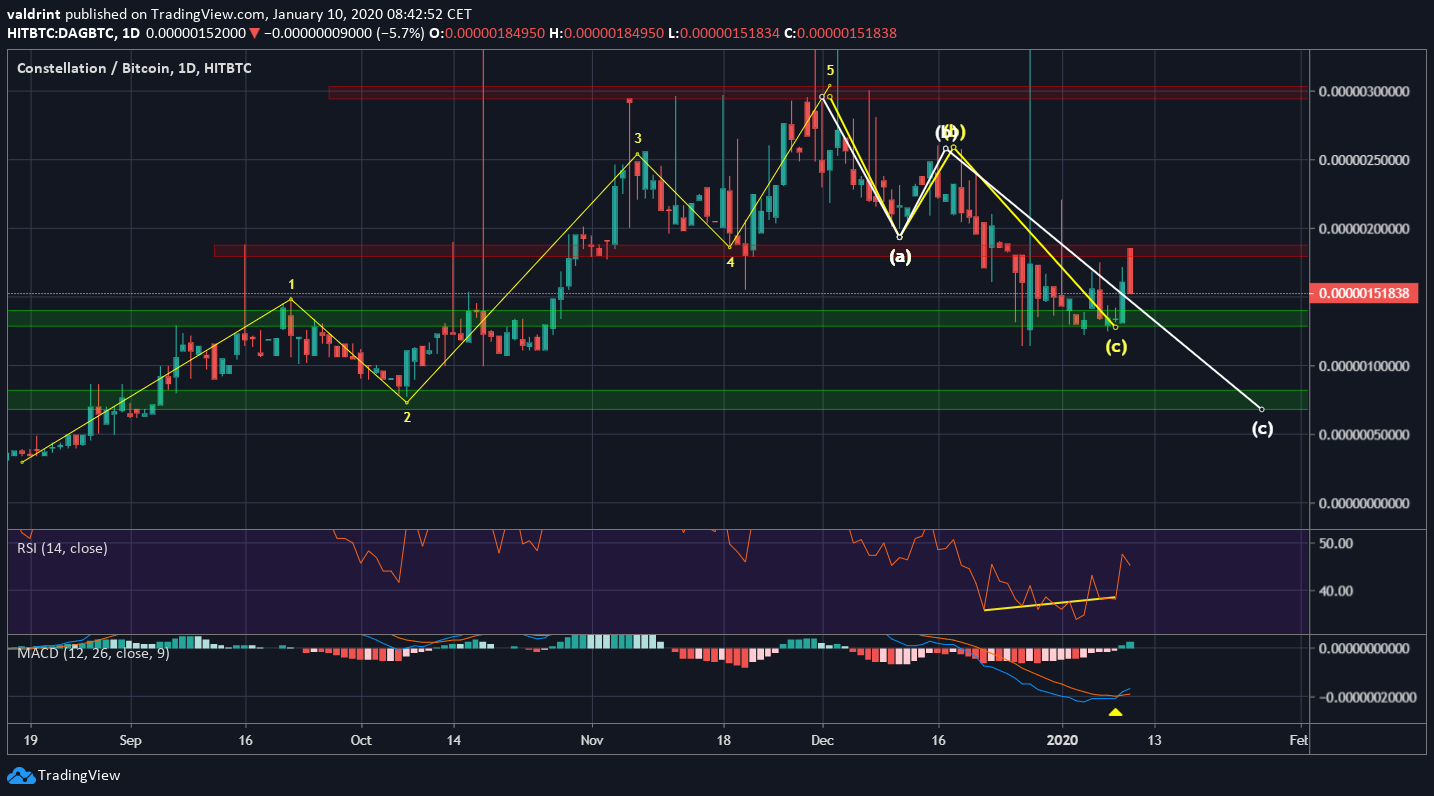 To conclude, the DAG price is in the process of finishing an A-B-C correction. The direction of the breakout from the current trading range of 135-185 satoshis will indicate whether the price will make a lower low or immediately begin an upward move towards 300 satoshis.