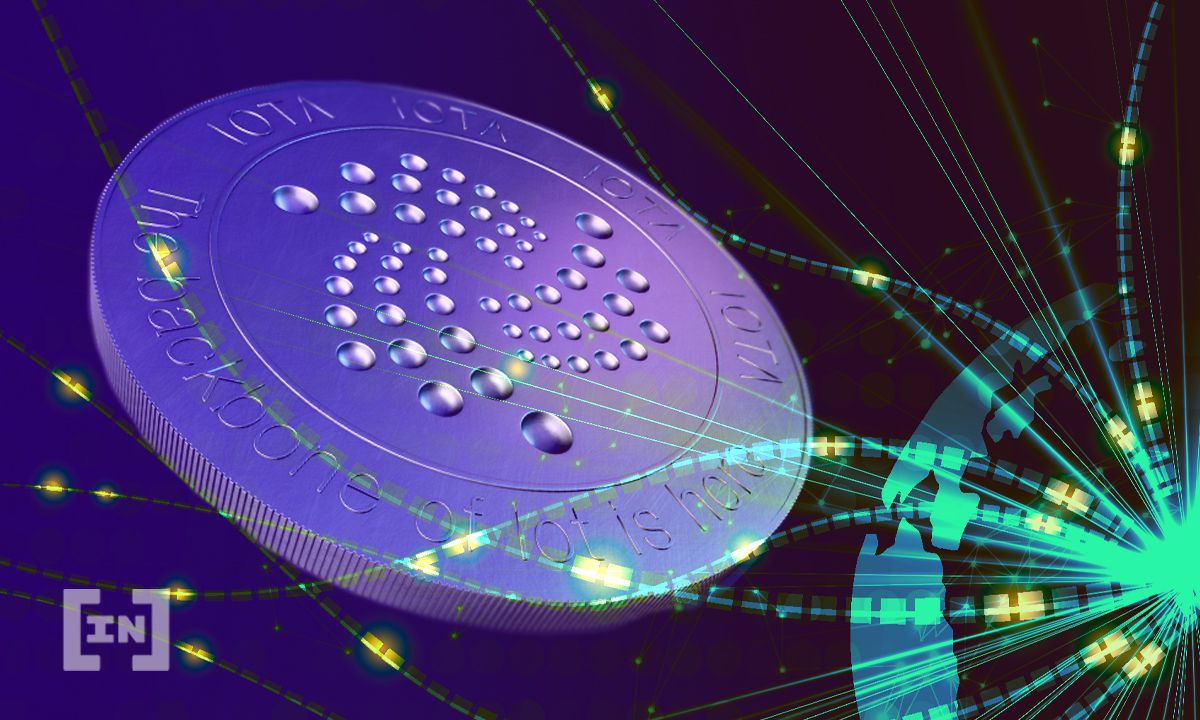 IOTA is starting again on an entirely new network. The Chrysalis upgrade is a move away from the current protocol and is an attempt to start fresh with a more mature network.

The Chrysalis network migration officially starts today. This migration period will last seven days. In this time users, exchanges, and asset managers will ready their token migration before the network upgrade.

However, the upgrade will happen officially on April 28.

IOTA is an open-source distributed ledger and cryptocurrency for recording and executing transactions between machines and devices that connect to each other in the Internet of Things (IoT).

However, within only a year following its launch in 2016, IOTA experienced a sizable wallet hack. Among other subsequent falters, this breach of security resulted in IOTA’s loss of momentum. Before the 2017 hack, it held a spot in the top five digital currencies. At the time its market cap was slightly over $13 billion.

Despite the recent pump, the digital currency has still failed to reach its resistance of $2.50. At the time of writing, IOTA is ranking 23rd with a market cap of almost $6.5 billion, according to TradingView.

Chrysalis is IOTA’s solution to better performance, more stability, and more security on the operating system. In addition, it provides new tools for developers, businesses, and exchanges.

“A new #IOTA protocol is more lightweight, modular, and easy to use than ever before,” IOTA tweeted ahead of the launch.

Chrysalis touches on protocol, libraries, wallets, and implementations in software developed by the IOTA Foundation. It is laying the basis for other upcoming releases such as smart contracts and tokenization.

The move to Chrysalis is pivotal for IOTA to remove the coordinator.  An upcoming event, it calls “Coordicide,” will eliminate a middle man in the IOTA operating system. This will allow users, such as developers, exchanges, custodians, to begin creating their own solutions.

This upgrade is the largest developmental upgrade in the IOTA network’s history. The first phase of this network upgrade happened in August 2020 and was named Chrysalis 1.5.

This was the initial step towards Chrysalis 2.0. Through it, IOTA sought to reduce transaction speeds and productivity.

A primary component of the second phase of the Chrysalis upgrade is the migration of assets. IOTA is touting a simple migration process for pre-existing users in their network.

Token holders have two migration paths to take. Either before the official Chrysalis launch during the set migration period or anytime after that.

Although the network states there’s “no practical difference” between the different options, migrating assets before the launch would help prevent any accessibility or network disruptions.

Holders of tokens on the old IOTA network will be able to make the move up until the anticipated coordicide event.

During the migration period the new node software, Hornet, will be released. It supports migration transactions allowing for the advance transfer of funds.

Along with Hornet, IOTA’s new wallet, Firefly, will be publicly released as a way for network users to transfer their assets to the new Chrysalis network securely.

On the day of the migration, IOTA will release additional products, libraries, and software that will be helpful to developers and users working on the network.

A new dawn for IOTA productivity

In the lead-up to the Chrysalis update, IOTA  announced new partnerships which demonstrate the system’s improvements and the ability to develop smart contracts on their blockchain.

Those partnerships include sustainability projects with ClimateCHECK to combat climate change and work towards sustainability with a “sustainable internet of things,” which is one of IOTAs areas of focus with Chrysalis.

In addition, the IOTA Foundation recently secured partnerships in Asia to implement smart city projects in various locations throughout the continent and, looking forward to later in 2021, Europe. This would entail digitizing real estate contracts and creating environments compatible with distributed ledger technology.

As the lead up to the Chrysalis upgrade comes with the prospect of greater network productivity, only time will show if IOTA’s rebirth will deliver on its aspirations and become a more sustainable and secure ecosystem for users and investors.