Although the stock market may have hit a new all-time high recently, investors are feeling increasingly worried. According to one metric, fear is at its highest level in roughly 50 years. Will investors flock to alternative assets — like Bitcoin (BTC) — as a result?

For many older investors, the 1987 stock market crash is like recounting a period in Hell. The crash then was the biggest single-day wipeout in history. Worst of all, it came after unprecedented growth — much like today. According to the Leuthold Group, some of the current stock market trends seem to point that we may be soon experiencing a repeat of that dark day.

The conclusion drawn by the Leuthold Group is that investors have never been this worried in the past 50 years. 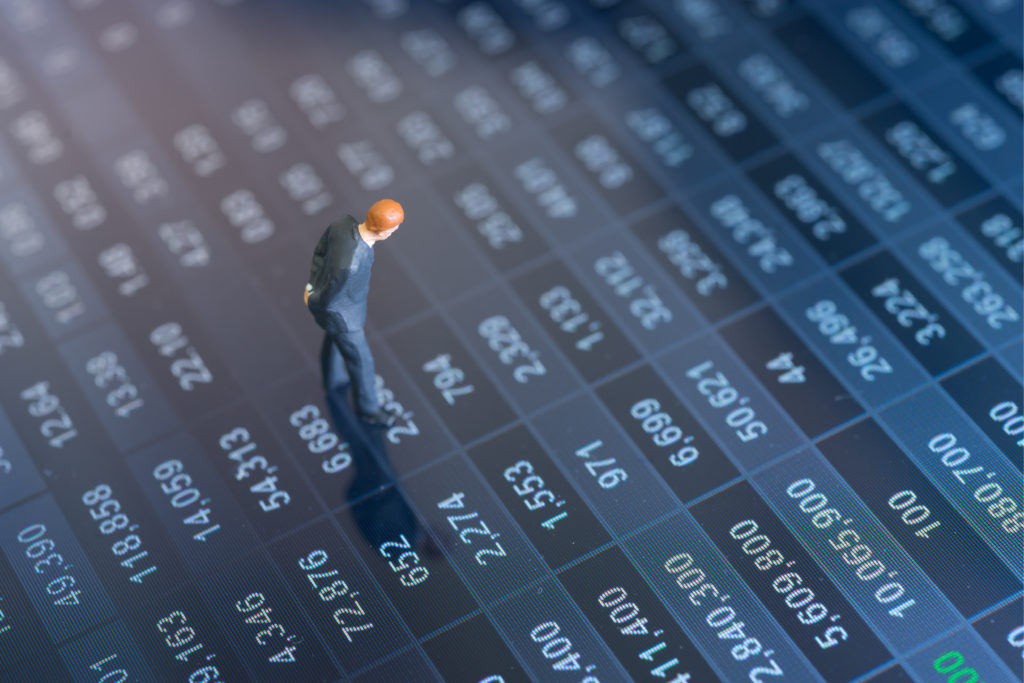 The Leuthold Group believes that one of the most accurate indicators of what it calls “the worry gauge” is the relative price of gold compared to small-cap stocks.

By calculating the ratio of gold’s commodity price index with the relative price of small-cap stocks, one can see clear trends. For example, preceding the 1987 stock market collapse, the ratio was near its all-time high. Today, we are at those same levels. 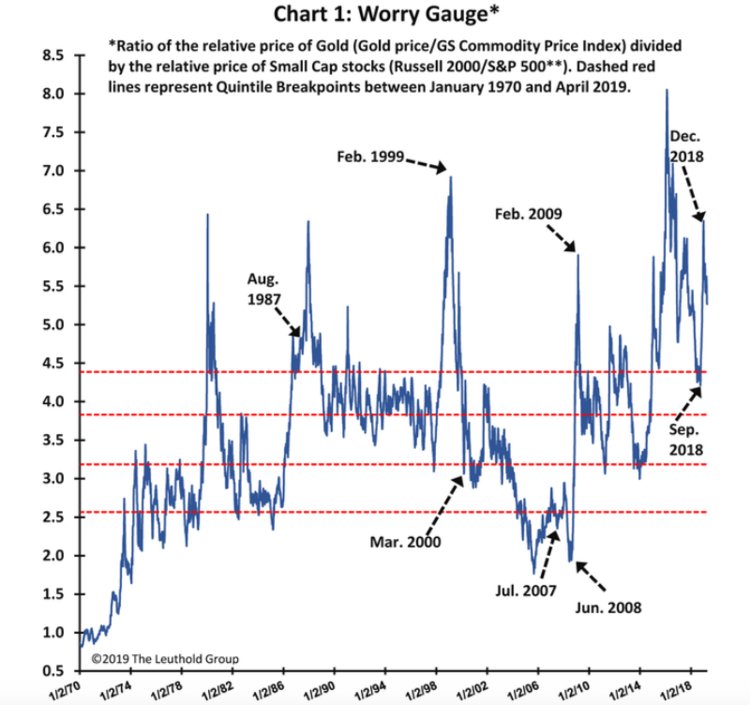 However, the Leuthold Group is reasonable in its pessimism. In fact, as the analysis points out, the ratio generally lags behind a stock market collapse. For example, the ratio peaked months before the 2008 financial crisis. So, as Leuthold Group concludes, there’s still a chance stocks could stay high for a bit longer.

That also means that, if you agree with these findings, you may have some time to get out.

It’s generally known that during times of decreased returns or possible downturn investors look for alternative assets to park their money in so they can make up for losses. Historically, this has been gold, oil, and other precious metals.

However, there’s every indication nowadays that the new alternative may be Bitcoin (BTC). The fact that Bitcoin has effectively bottomed out for months now would make it attractive for investors looking to jump ship from the stock market.

Although it’s still unclear how Bitcoin would respond to an economic meltdown, one should also realize that the flagship cryptocurrency was born from the 2008 collapse. It was conceived of as a hedge against the stock market.

Although there’s a real possibility of a stock market crash like 1987, you may be better off parking your funds in the cryptocurrency market — which has historically been divorced from traditional asset price fluctuations. Bitcoin and other cryptocurrencies provide investors with an attractive alternative.

Or you could just stuff your cash under the mattress. Your call.

Do you think a coming economic recession would boost Bitcoin prices? Why or why not? Let us know your thoughts down below!

[Disclaimer: This article is not intended as financial advice and should not be construed as such.]