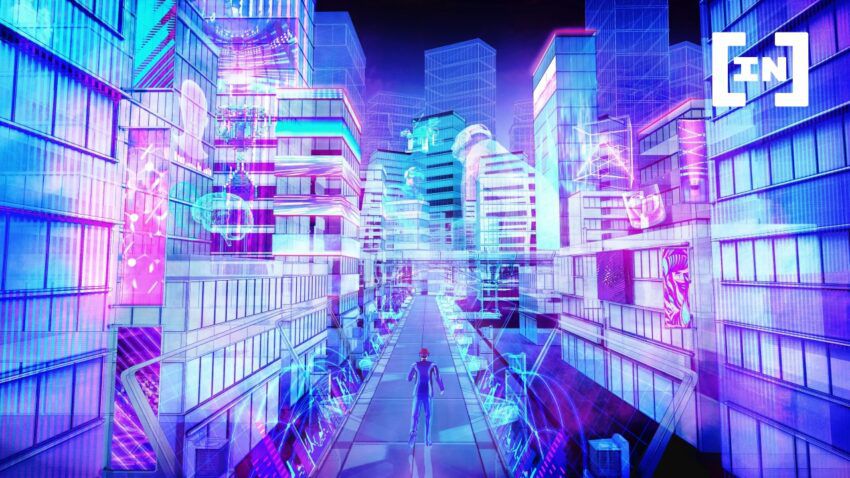 Versus Entertainment taps Decentraland and Lumiere to develop NFT and metaverse-focused angles for an upcoming film, “Infinite Machine,” that will focus on Ethereum founder Vitalik Buterin.

Adapted from Camilla Russo’s book of the same title, “Infinite Machine” will be produced by Versus with acclaimed director Ridley Scott’s production company, Scott Free. The film will dive into Buterin’s story and the world’s second largest digital asset, enlisting virtual land world Decentraland and Lumiere to develop crypto and NFT-based plots.

Decentraland, a virtual world powered by open-source technology, which allows for other member users to expand its world. Lumiere, a Hong Kong-and Singapore-based entertainment specialist, is also supporting the project by developing and integrating the experience of the film into the Decentraland metaverse.

With a budget of $16 million, the film is expected to undergo its third round of NFT issues in the coming months, allowing for this project to become the first ever NFT-financed film. There are reportedly 10,499 uniquely designed NFTs in the collection from 36 nascent artists, including works from Lucas Riberiro, Marella Gonzalez, and Eduardo Calegari.

“We believe Ethereum is enabling a world where users and audiences are now owners and participants, and so ‘The Infinite Machine’ film itself should be part of that movement and enable the Ethereum community to participate in the creation of a film about the platform,” said Russo.

The film’s executive producer, Francisco Gordillo, described the project as one that “will broadcast Ethereum’s ecosystem potential to mainstream audiences.”

“We are really proud that a company such as Lumiere and as important a film as ‘The Infinite Machine,’ have chosen Decentraland to build their experience to interact with its community fan base,” said Alejandro De Grazia of Decentraland. “The link between movies, their communities, and the metaverse is already happening.”

“This is a case that can transform how the entire industry develops and promotes its content to its fans and audiences,” Lumiere CEO Patrice Poujol told Variety. The agreement between Versus and Decentraland will help develop the NFT collection and integrate it into Decentraland.

The corporate world is beginning to embrace the metaverse, purchasing NFTs of virtual tracts of land on the blockchain, where they can build out the virtual infrastructures in Decentraland for their existing brand.

JPMorgan’s “Onyx Lounge,” for example, enables the Wall Street giant to run a virtual bank inside the metaverse. In a recent report, JPMorgan embraced the idea of virtual gaming in the global economy.

Many aspects of virtual worlds mirror the global economy, focusing on factors including population, gross domestic product (GDP), in-game currency, and digital assets, which according to the bank, feeds directly into JPMorgan’s core competencies.

Other considerations, including cross-border payments, foreign exchange financial asset creation, trading and safekeeping, along with the ability to serve customers at scale are competencies JPMorgan believes will translate well when transported to a virtual world.

For retail fashion chains including Forever 21, the metaverse is an opportunity to further drive ecommerce and subsequently, new revenue streams.

In December, Forever 21 entered the metaverse when it opened a virtual store on Roblox, a digital gaming platform that is extremely popular with children. Users come into the retailer’s multi-level digital store where their avatars are able to buy furniture, clothes, and accessories.

During Metaverse Fashion Week back in March, Forever 21 was one of the brands, in addition to Estee Lauder, which opened a virtual store, renting 450,000 square feet of virtual land inside Decentraland. Forever 21’s virtual store enabled users to interact with sales associates and even purchase NFTs.

“We have embraced the growth of the Metaverse as it continues to collide with culture,” said Winnie Park, chief executive at the fashion retailer in an interview with The Wall Street Journal.

In December, Prager Metis, a leading international advisory and accounting firm with New Jersey offices, became the first CPA firm to officially open its headquarters inside the metaverse, purchasing a three-story building inside Decentraland. Through a joint venture with Banquet LLC, Prager Metis’ metaverse office currently offer real world services that are critical to the metaverse world.

The opening of a metaverse office reflects Prager Metis’ belief that the metaverse will be the future and technology will continue to influence the way the world operates,” said Glenn Friedman, CEO of Prager Metis.

“Our new Metaverse headquarters will serve as a bridge between traditional and digital and offer valuable real world financial services to the metaverse. Our presence in the metaverse shows how serious we are about our vision for the future and supports our belief that there is a tremendous need for financial expertise and resources in the evolving digital world.”

According to the firm’s press release, the first floor of the building has an open-plan design to display clients’ NFTs, whereas the second and third floors offer meeting rooms, conference facilities, and rooftop space for live events.

PricewaterhouseCoopers (PwC) also acquired a tract of land inside The Sandbox back in January.

Developed by game studio Pixowl and originally released in 2012, The Sandbox is a sandbox game for mobile phones and Microsoft Windows, which was eventually acquired by Animoca Brands in 2018.

Animoca has since used the “Sandbox” name for a new blockchain-based open-world game that sold NFTs which represent plots of virtual real estate, raising over $2.5 million in funding for the project’s development.

The Hong Kong division of PwC did not say at the time why the purchase was made, but comments made by PwC’s crypto chief Henri Arslanian in July 2021, have hinted that the firm may use its digital property to access and invest in smaller, but promising crypto startups.

A recent Citigroup report revealed that the metaverse economy could reach between $8 trillion and $13 trillion by 2030.