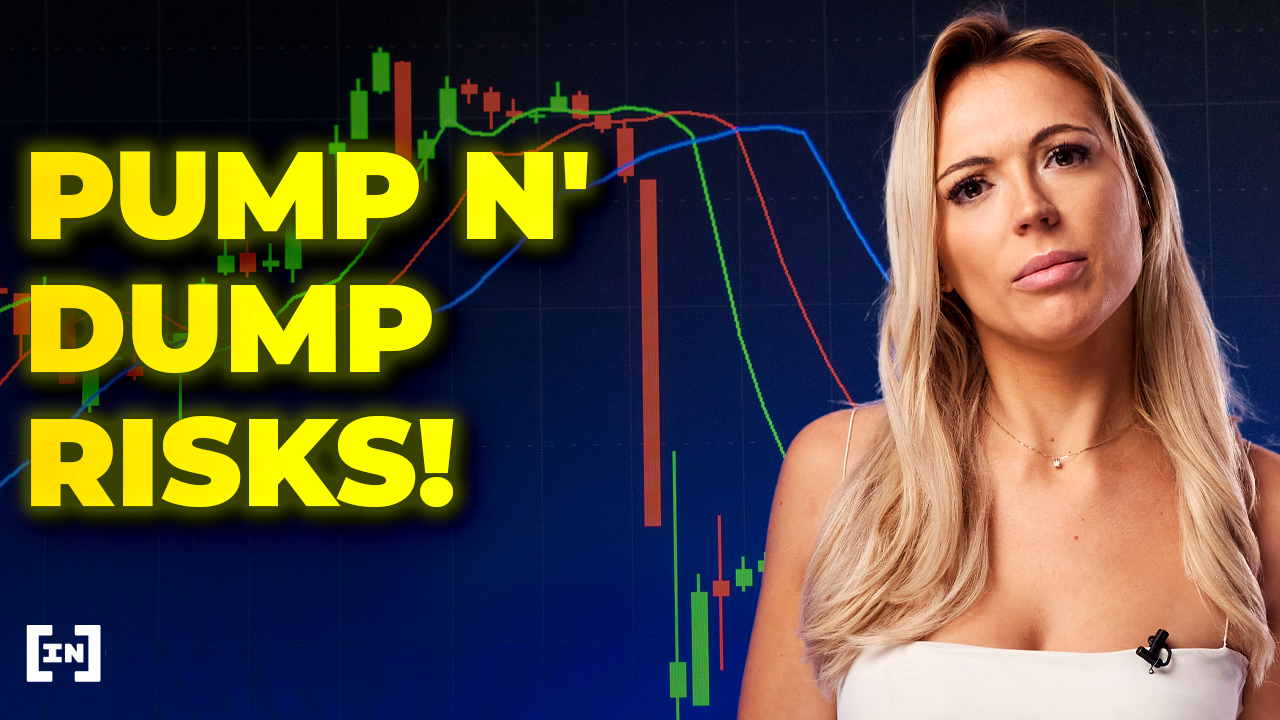 In this episode of the BeInCrypto video news show, host Jessica Walker will address pump and dumps. Crypto pump and dump schemes have increased lately. So, we decided to make a video about them looking into what they are and how to protect yourself.

Let’s start with a definition. Pumps happen when a person or a group buys a large amount of crypto that has little to no trading volume, which raises the price. As the initial buying causes a rise in price, those buying it begin to promote it.

These messages usually appear on Telegram, Discord, and Reddit forums, possibly on Twitter, and in comments on other social media. As more people jump into buying, the price will rise further, and people will tend to get excited about the prospect of further gains.

However, the people behind the initial buying and publicity push are now ready to cash out and “dump” their holdings. At this much higher price level, they lock in some big gains. However, anyone late to the market cycle will be stuck with the asset and plummeting price.

The role of GameStop

GameStop actually played an important role in the rise of crypto pump and dump schemes lately. In that case, scammers noticed how quickly and efficiently information about GameStop was distributed across Reddit and Discord.

The latter’s servers attracted a lot of attention for their role in the WallStreetBets campaign to boost GameStop in January. During its run, the stock’s value increased more than 160% within days, an outrageous amount for a share price.

Although much of the spike was attributed to huge firms, the idea seems to have resonated with the masses. Now, people think that if they join the right Discord server at the right time, that could mean big money.

Money in crypto pump and dumps

There is no way to tell how much money changes hands in crypto pump and dump schemes. However, the Wall Street Journal did some research in 2018, identifying 175 pump initiatives with movements over $800 million dollars. Today, with crypto entering the mainstream media, trading volumes are considerably higher than three years ago.

So why are Discord servers the main channel for promoting cryptocurrencies? The general idea is to start buying a coin en masse. This spike in the coin’s price then piques the interest of people outside the group. When the outsiders start buying, that’s when members can exit with a profit.

Discord is great for these pumps, as it’s a semi-public forum that allows server promotion quite liberally. It enables effective planning and the ability for users to ping others about coordinated buy-ins.

Many of the current top servers that have been created in 2021 have between 20,000 and 80,000 members. Servers also offer paid promotions for what are basically spam invites and giveaways.

How do pump and dump servers work exactly? Once joining one, new users are greeted with FAQs describing profits that most people can’t make in a year.

Users then receive signals about coordinated pumps, or collective buying events, they are more formally referred to. Most groups have them several times a week, but there are some with more or less frequent signals.

But you must be quick. A scenario in which everyone on the server makes money is not what usually happens. A more likely scenario is that a few seconds before a signal comes out, insiders often buy the coin. This boosts their own potential to earn big by selling early. Today, crypto pumps move so quickly with the rise of bots. These buy and sell within milliseconds of a specific Discord announcement.

How to avoid pump and dumps

All this can be spotted by looking at the price history later on platforms like Binance. Here are several quick tips to reduce the chance of losing money in a pump and dump scheme.