Gold’s Unique Store of Value Standard, and How Bitcoin Does it Better

BUY NOW is often likened to gold, with the latter being considered the current global standard among Store of Value (SoV) assets. There is one specific property that lends gold its status, but the revolutionary cryptocurrency is set to establish leadership in that regard as well.

For anything to function as a good SoV, it has to appreciate after people acquire it, but the available amount cannot be expanded by devoting additional resources to producing it—in the case of metals like gold, mining more of it.

There has only been one example of such a commodity throughout history—gold. The precious metal maintains its SoV role due to unique physical characteristics that differentiate it from other commodities. Gold is chemically stable, making it impossible to destroy or synthetically produce, and can only be extracted from unrefined ore.

These unique characteristics of gold mean that the total supply is almost fixed and yearly emission remains predictable. The only way to increase the supply of gold is by mining it, an expensive and often uncertain process in which humankind has been engaged for thousands of years.

This means that the existing stock of gold held by people around the world is the product of thousands of years of gold production, and is an order of magnitude larger than the yearly supply that is mined. The annual growth rate of the gold supply, according to data, has always been around 1.5 percent but never over 2 percent.

Even considering a doubling of yearly gold production, the growth would still likely be less than 3 percent. This would have no major influence on the price of gold, but it is almost impossible to imagine how the mined supply could be doubled. Entire new gold ore sources would need to be discovered and significant capital would need to be deployed. Hence, it remains practically impossible for gold miners to mine large enough quantities to apply a selling pressure on the markets.

As the stock of gold is far greater than the amount of new gold arriving in the market each year, it leads to a situation where the value of gold has become very stable. This is what actually qualifies gold as a suitable SoV commodity. The metric people often use to illustrate this notion is the stock-to-flow ratio.

The Stock to Flow Property

The stock-to-flow ratio of a commodity is the amount of the asset that is held in reserves divided by the amount produced every year.

Most people who know anything about the economy have heard the word inflation. It is usually thrown around as a... More is lower, and as such, any additional supply will have a low impact on the current price. For example, gold has the highest stock-to-flow ratio out of all known commodities and only silver can come close to gold in terms of stock-to-flow ratio.

Platinum is another precious metal that is even scarcer than gold and many may ask why it isn’t used as a store-of-value. The issue boils down to its stock-to-flow ratio. The available stock is so limited that if its flow would stop or increase abruptly, the market price would be heavily influenced. This disqualifies it as a potential SoV asset.

Gold’s value as a SoV does not come from its properties as a ‘precious metal’ or from its scarcity (although it is a prerequisite), but from the fact that there is so much stock of it relative to an annual increase in supply.

Why is Bitcoin better than gold at fulfilling the role of a SoV? Maybe Bitcoin is not in a position just yet, but Bitcoin’s transparency and predictability already provide an insight on how it may supersede gold.

Over its 10-year history, Bitcoin has already proven itself as a digital currency used for value transfers from one peer to another. Therefore the social consensus among its users (to varying degrees) that Bitcoin is ‘valuable’ has been achieved, just like gold is considered a ‘precious metal’ by global social agreement.

The scarcity of Bitcoin has already been implemented in its code with a cap at 21 million units. The scarcity property is a prerequisite to even have a chance at becoming a global SoV asset. Unlike Bitcoin, gold’s scarcity while it is often implied, cannot be certainly confirmed as the Earth’s resources have not been fully explored.

Bitcoin’s predictable emission schedule lends a peek into the future to see that its stock-to-flow ratio will increase immensely in the coming years. Bitcoin’s software has a core component built into the protocol in the form of an event called a ‘halving.’

Halving is an event when the block rewards for mining (securing the network and validating transactions) gets reduced by half. This happens every 210,000 blocks—approximately every four years. For example, in 2009 when Bitcoin was first released, the block reward was 50 BTC. Compared to today, the reward currently sits at 12.5 BTC after two halving events, with the next scheduled for 2020 to bring the reward down to 6.25 BTC.

The upcoming decades will see Bitcoin’s stock-to-flow ratio increase significantly, also representing a huge asymmetric investment opportunity at its current ratio. The idea that Bitcoin is the first ever truly verifiable, censorship-resistant asset to exist is an extremely powerful concept.

Without its predictable and non-inflationary monetary policy, Bitcoin would have been a futile attempt of being able to disrupt gold or even accruing value in the first place. 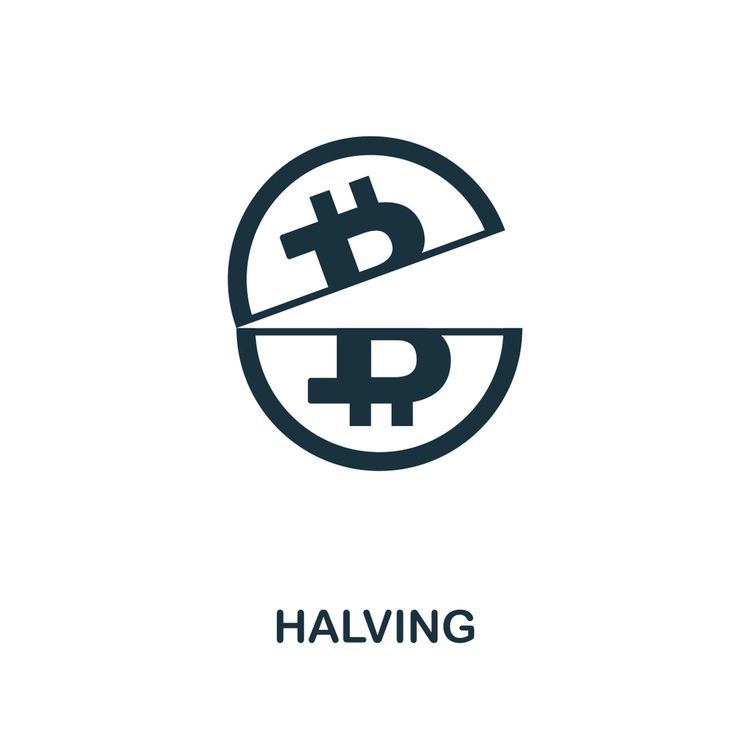 When will Bitcoin overtake gold as a store-of-value asset? Will gold be totally displaced once Bitcoin establishes itself? Tell us your thoughts in the comments below!