By Gerelyn Terzo
5 May 2020, 19:15 GMT+0000
Updated by Gerelyn Terzo
5 May 2020, 19:19 GMT+0000
In Brief
Cryptocurrency exchange Gemini has been listing altcoins left and right lately, and apparently it’s triggered the XRP army.
That’s because Gemini has yet to send the welcoming committee for the third-biggest cryptocurrency based on market cap, and by the looks of things, it may never do so. Basic Attention Token (BAT). Chainlink (LINK). Dai (DAI). Orchid (OXT). These are the names of the recently listed altcoins on Gemini exchange. For some investors, however, a certain coin’s absence from that list loomed larger than the new listings. As a result, a member of the XRP army decided to take matters into their own hands, tweeting to the U.S. Securities and Exchange Commission (SEC) to complain that their favorite coin had yet to be listed on Gemini exchange. Ripple, meanwhile, which owns roughly half of the XRP supply, has been in the hot seat about whether or not the cryptocurrency fits the bill as a security and therefore should be regulated by the securities watchdog. So the fact that this user would flag the coin to the SEC appears self-defeating. On May 1, Ripple along with CEO Brad Garlinghouse were named as defendants in a “Complaint for Unregistered Offer and Sale of Securities.”  Gemini Co-Founder Tyler Winklevoss couldn’t ignore the irony of the situation, calling out the XRP army for having “really dumb trolls.” The Twitter handle in question, “@galgitron,” boasts more than 22,000 followers on the social media platform and defended their decision to involve the regulators in their complaint, surmising —

Of course, SEC will have jurisdiction over crypto eventually, but until then, just consider this a symbolic complaint.

Meanwhile, last year, the SEC issued guidance on whether a cryptocurrency fits the bill as a security. Winklevoss fired back, saying —

Newsflash: The SEC already has jurisdiction over cryptos that are SECURITIES. Maybe you should take a free consultation with My Cousin Vinny to bone up on your crypto regulatory knowledge. 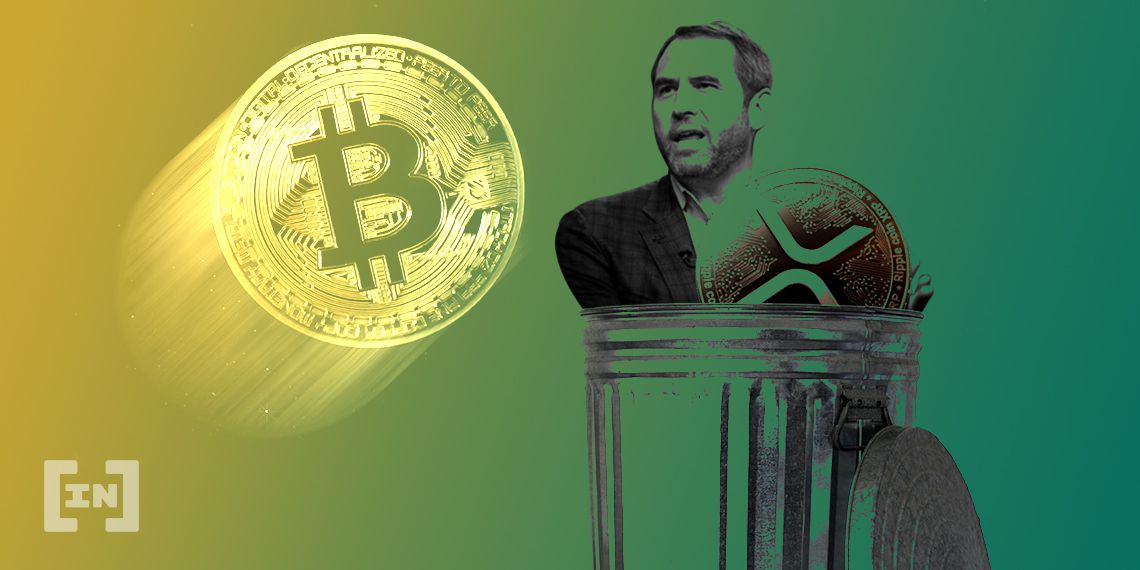 You might wonder why Gemini would want to alienate an entire section of the cryptocurrency community. It seems they’ve won over enough investors that it won’t really matter.

Bitcoin Gets Roped Into It

Nothing was sacred in this Twitter thread, even the cryptocurrency that started it all, Bitcoin. Galgitron went on to accuse Bitcoin of being a Ponzi scheme, concluding that “China could wipe it out today.” It was another Twitter user who came to the defense of Bitcoin this time. Will Gemini ever give the XRP army what they want and list the third-biggest cryptocurrency? Stranger things have happened, but given the quick escalation of the matter, XRP investors might not want to hold their breath.